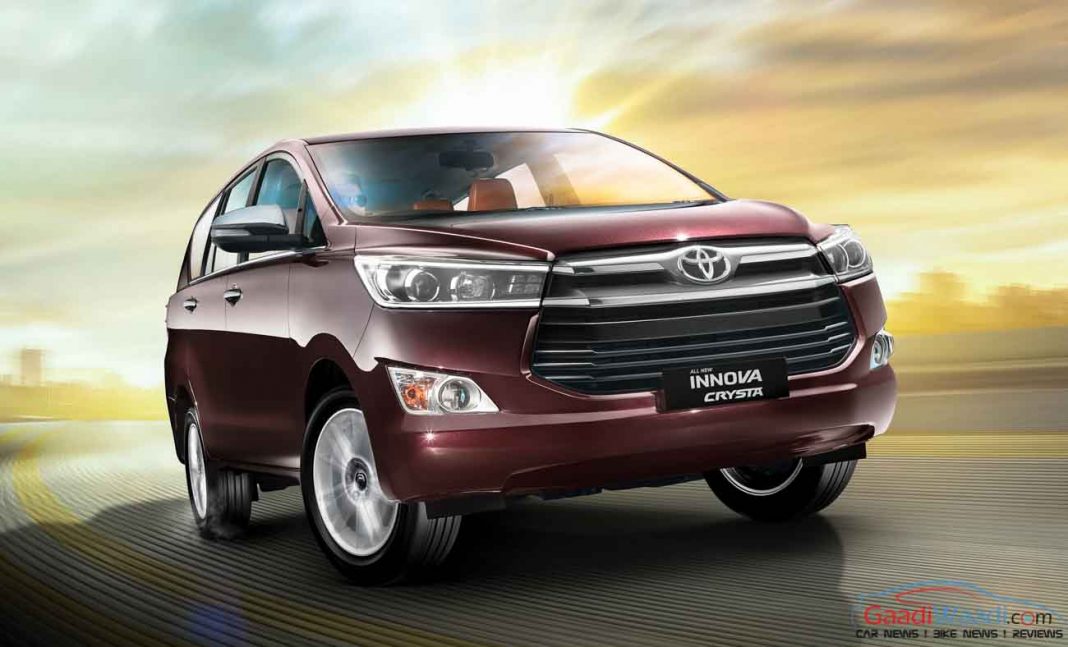 The all-new second generation version of the best-selling MPV in the country, the Toyota Innova, will be launched as the Innova Crysta on the 3rd of May for the Indian market. The new model is expected to take the segment by storm once released as plenty of design changes and interior overhaul could entice customers in large numbers from the get go.

What is a known fact is that there will be two choices of engines available at the start. One is a 2.4 all-new GD diesel and the other is a 2.8-litre GD diesel both making substantial amount of power than the existing model. However, the presence of a petrol engine has largely been left in the shadows. The Japanese manufacturer offers the Innova Crysta with a 2.7-litre petrol Dual VVT-i engine for the Indonesian and other markets. In an another exclusive breaking story from trusted sources, we can now reveal that the same unit developing 166 PS of maximum power and 245 Nm of peak torque will be available in India later this year.

However, its launch will depend on the demands of the customers and Toyota will only bring that engine under two variants, one in MT and other in AT. The 2016 Toyota Innova Crysta measures about 4,735 mm in length, 1,830 mm in width, 1,795 mm in height and has a 2,750 mm wheelbase. It’s now 150 mm longer, 35 mm taller and 65 mm wider with similar wheelbase as the outgoing model courtesy of being built on a new global architecture with increased body shell strength and rigidity. The new 2.4-litre, DOHC, inline, four-cylinder, 2GD-FTV diesel common rail unit will make 150 PS at 3,400 rpm and 343 Nm of torque between 1,400 and 2,800 rpm. This BSIV compliant engine will be mated with a five-speed manual gearbox. The 2.8-litre 1GD-FTV, 16V, common rail, DOHC diesel engine develops 174 PS at 3,400 rpm and 360 Nm of peak torque between 1,200 and 3,400 rpm. It will be coupled with a six speed automatic gearbox with sequential shifters. As much as the heavily revised exteriors, the assets in the cabin will see a complete makeover as we have witnessed at the Auto Expo 2016. The new model is expected to priced at a premium over the outgoing version.