Tata Motors kicked off 2019 by launching the long-awaited Harrier SUV and is priced between Rs. 12.69 lakh and Rs. 16.25 lakh (ex-showroom, Mumbai). Competing against the likes of Hyundai Creta and Nissan Kicks among others, the Harrier officially entered the domestic market on January 23 and collected a decent sales volume of 420 units in its first month.

The Harrier is the first Tata model based on the Impact Design 2.0 philosophy. The monocoque SUV is also the first to sit on the OMEGA (Optimal Modular Efficient Global Advanced) architecture that is derived from Land Rover’s versatile D8 platform. The seven-seater version of the Harrier has already been confirmed by Guenter Butschek, Chief Executive Officer & Managing Director of Tata Motors, to launch within 2019.

It will likely carry a different nomenclature and target more premium rivals such as Jeep Compass, Mahindra XUV500 and Hyundai Tucson. Ahead of its market entry, Tata will introduce the automatic version of the five-seater Harrier by the middle of this year and the first sign has arrived. In an exclusive report, we can reveal the first picture of the Harrier AT. 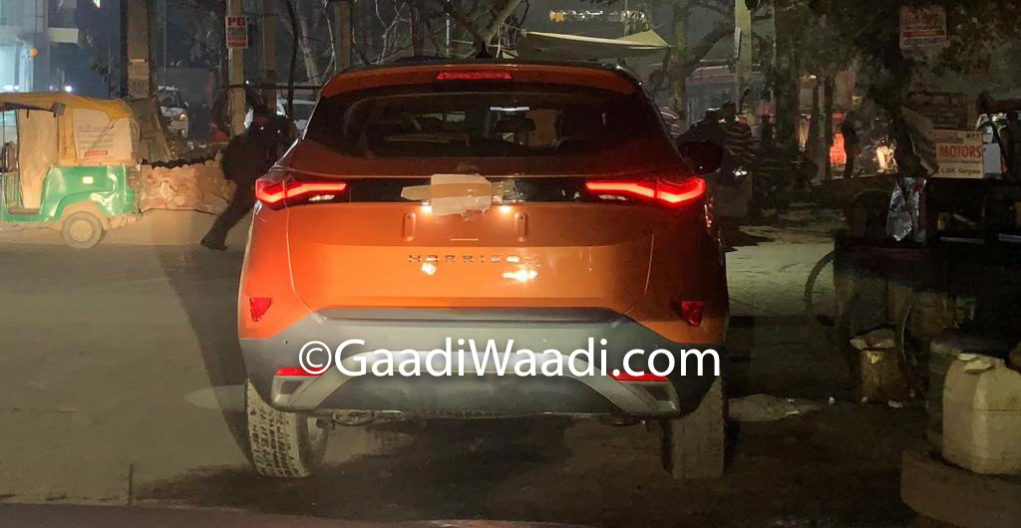 The automatic transmission can be seen sitting below the drive mode selector and it will be the six-speed torque converter unit sourced from Hyundai. The Harrier takes power from a single diesel engine sourced from Fiat. Tata calls it as the Kryotec diesel powertrain and the four-cylinder turbocharged mill is good enough to produce a maximum power output of 140 PS and 350 Nm of peak torque.

The same engine can be found in the Jeep Compass making 170 PS and the nine-speed automatic transmission should have been ruled out due to cost reasons. The Harrier automatic version will come with Eco, City and Sport drive modes alongside terrain response modes such as Normal, Wet and Rough but do not expect four-wheel-drive configuration to be made available.

It could be offered in XMA, XTA, XZA and XZA Plus variants helping buyers to choose from a wide range of options and its starting price could be around Rs. 14 lakh (ex-showroom). The automatic variant of the flagship SUV could be showcased at the 2019 Geneva Motor Show as well, as it holds plenty of significance for the brand’s global aspirations.