We bring you exclusive images and a complete lowdown of the Tata 45X interior here!

Tata Motors has two big launches lined up for 2019 as it prepares to be present in 90 percent of addressable segments. The homegrown automaker is introducing its Impact Design 2.0 philosophy with the Harrier and the same theme will be applied on to the X451 premium hatchback derived from 45X concept showcased at the 2018 Auto Expo in February.

Just as the Harrier, which took plenty of design cues from H5X concept, the X451 is also expected to have its styling influenced by the 45X. The premium hatchback will compete against the likes of segment leading Maruti Suzuki Baleno, Hyundai Elite i20, Honda Jazz and Volkswagen Polo, and is more likely to go on sale in the mid or second half of 2019.

Test mules of the X451 have been spied for several months on Indian soil, and is expected to make a huge impact in the domestic market as it sits on a more accessible volume segment catering to larger band of customers in a similar fashion to the Tiago. Furthermore, it is the first product based on the flexible Alpha platform that will underpin the future models stretching up to 4.3 m length.

Despite the exterior of the production hatchback being largely subjected to discussion from the spy shots, the cabin has been kept under the radar. Not anymore, as we got pictures of the X451’s interior giving you all the necessary details. In another exclusive report, we can reveal that the cabin of the upcoming premium hatchback is radical compared to the rest of the models. 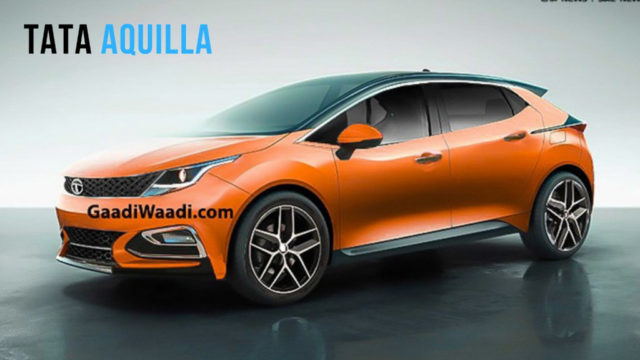 Tata promised several segment leading features including human machine interface screens courtesy of the Impact Design 2.0. The main attraction on the dashboard is indeed the floating touchscreen infotainment system positioned above the central AC vents. Unlike the Harrier, the standalone touchscreen has its controls below the middle AC vents with the hazard lamp activator fitted between them.

Interestingly, the touchscreen looks similar to that of Harrier and it will surely be more than seven inches. The lower part of the dash gives access to AC controls just as the Harrier while the steering wheel is flat bottomed with chrome accents for perhaps to ensure committed handling. The gear lever appears to be a brand new unit and it suggests the presence of a six-speed manual transmission. 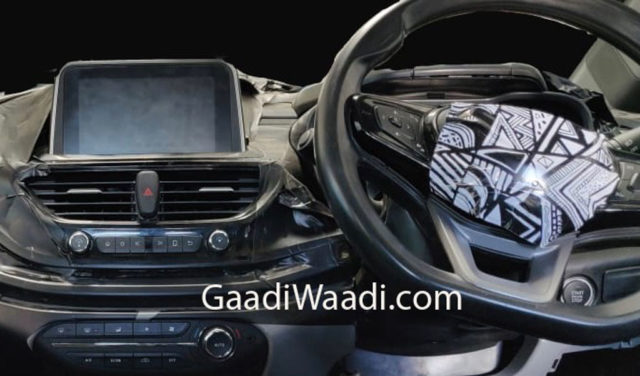 The cabin has a dark theme with piano black finish but Tata had previously confirmed that the new styling philosophy will ensure different colour combination and use of high quality materials. The engine push button start/stop function, 12 V socket and steering mounted controls can also be seen from the spy images.

The outer air con vents have a different shape to the Harrier and the instrument binnacle is expected to have its share of influence from the bigger SUV. As for performance, the X451 or 45X as commonly referred to as will likely be powered by 1.2-litre turbocharged Revotron petrol and 1.5-litre Revotorq diesel engines with six-speed manual and six-speed AMT (or dual clutch auto) transmission options.