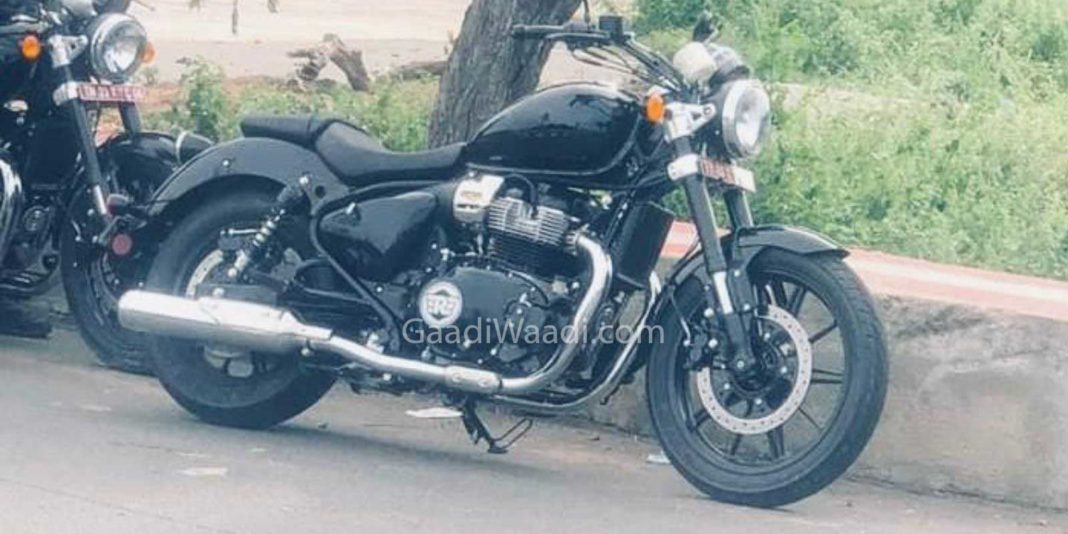 Royal Enfield has endured tremendous success with the Interceptor 650 and Continental GT 650 in the Indian as well as international markets since their debut in late 2018. The homegrown manufacturer is looking to step up the game by expanding its flagship 650 range and the next in line will undoubtedly be a modern cruiser with classic design elements.

Towards the end of August 2020, we showed you the prototype of what could possible be the 650 Cruiser and now, in an exclusive report, we have a clear picture of the test mule revealing its styling details. We do expect the motorcycle to be christened KX650 as it derives design influence from the Concept KX displayed the 2018 EICMA show in Milan, Italy.

Firstly, the 650 cc cruiser will likely be the first Royal Enfield motorcycle to be equipped with upside down front forks but intriguingly it does not have radially mounted brake calipers. The rear fender is noticeably chunkier than the one up front as the motorcycle could ride on 17-inch and 19-inch wheels respectively with black alloys as opposed to the vintage spoked rims. 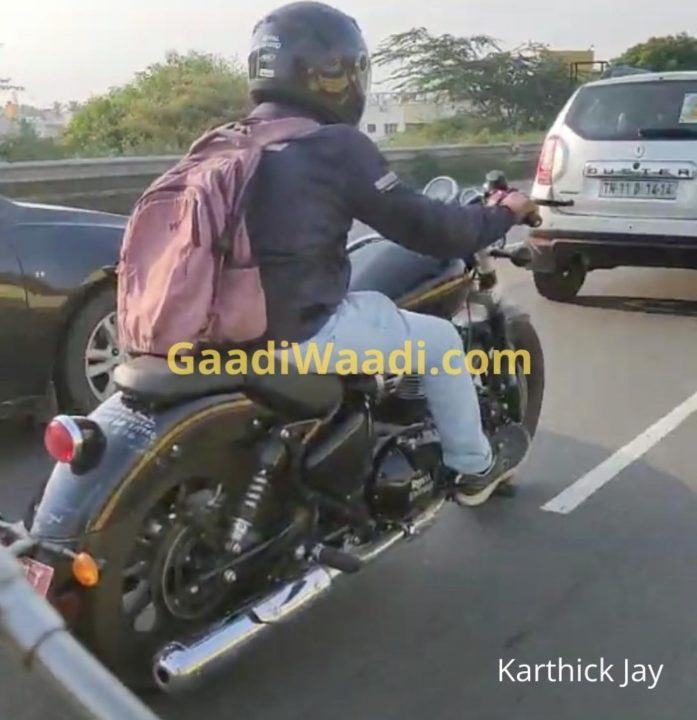 The test mules in the picture appear to be production ready and we do expect the Royal Enfield KX650 to debut following the imminent arrival of the Meteor 350 replacing the Thunderbird 350 and the next generation Classic 350 as both are volume sellers. Thus, the timeline for the new flagship motorcycle could be around the middle of 2021 or later next year to capitalise on the festive season furore.

The KX650 has all the intentions to compete against Kawasaki’s Vulcan S but it will be more affordable. We reckon the price range to hover around Rs. 3.50 lakh (ex-showroom) and a host of touring based accessories could also be offered. Some of the highlighting design bits are circular headlamp, teardrop shaped fuel tank, well-cushioned seats, wide handlebar setup, dual exhaust pipes, circular tail lamp, round-shaped turn signals and mirrors.

The features such as a dual-channel ABS system, assist and slipper clutch, an analogue/digital speedometer are also expected. Just as the 650 Twins, the Royal Enfield KX650 could also be a no-frills package with minimalistic rider assistive technologies on-board. As for the performance, the proven 648 cc parallel-twin motor will likely be carried forward developing 47 PS and 52 Nm. It will be mated to a six-speed transmission.
Pic Source: Abhinav Bhatt