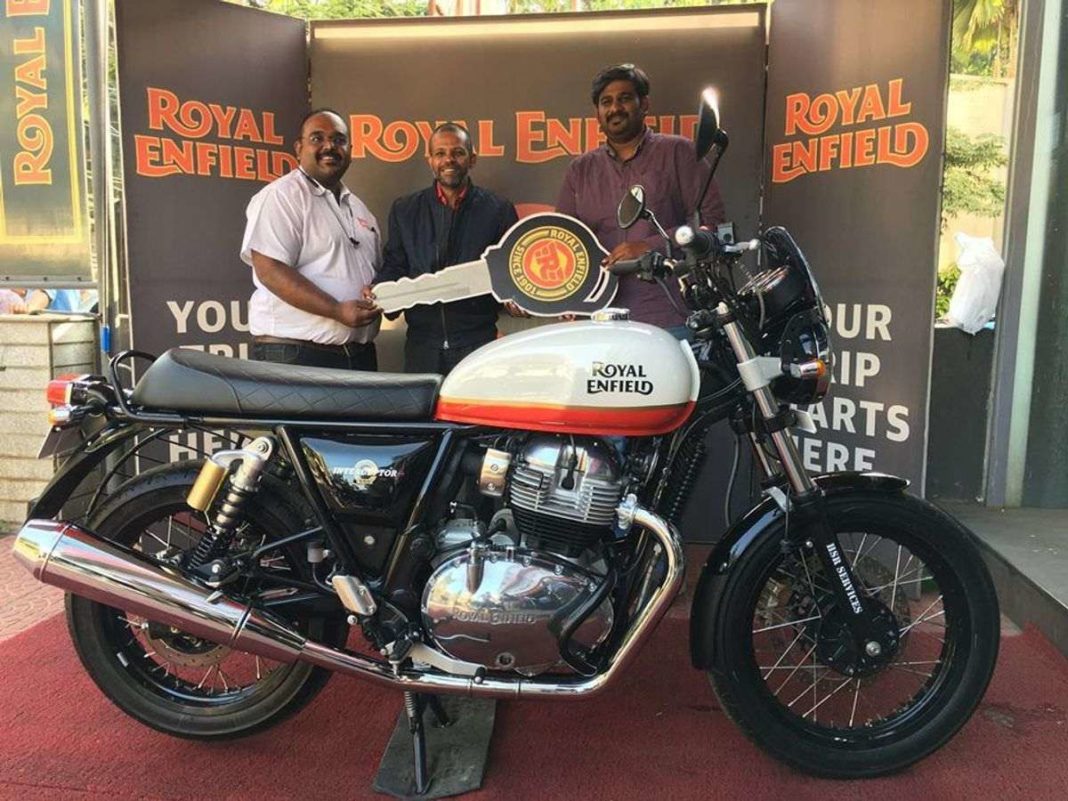 Royal Enfield will be increasing the prices of its best-selling 650 Twins range from September 1 onwards. Initially thought to increase the prices from the middle of August, Royal Enfield now shifts its price increase to 1st September and it stands at 2 per cent across the variants of Interceptor 650 and GT 650.

If this comes into existence, it will be the first price hike for the most affordable twin-cylinder motorcycles in the domestic market. The Interceptor 650 and Continental shocked the enthusiasts and customers alike when they were launched back in November 2018 carrying highly desirable price tags of Rs. 2.50 lakh and Rs. 2.65 lakh respectively (both prices, ex-showroom New Delhi).

Despite the increase in the price of 2 per cent (approximately around Rs. 5,000) for the Royal Enfield Interceptor 650 and Rs. 5,700 for the Continental GT 650, they will remain as the most affordable twin-cylinder offering in India as the locally produced Kawasaki Ninja 300 costs around Rs. 3 lakh (ex-showroom, New Delhi). 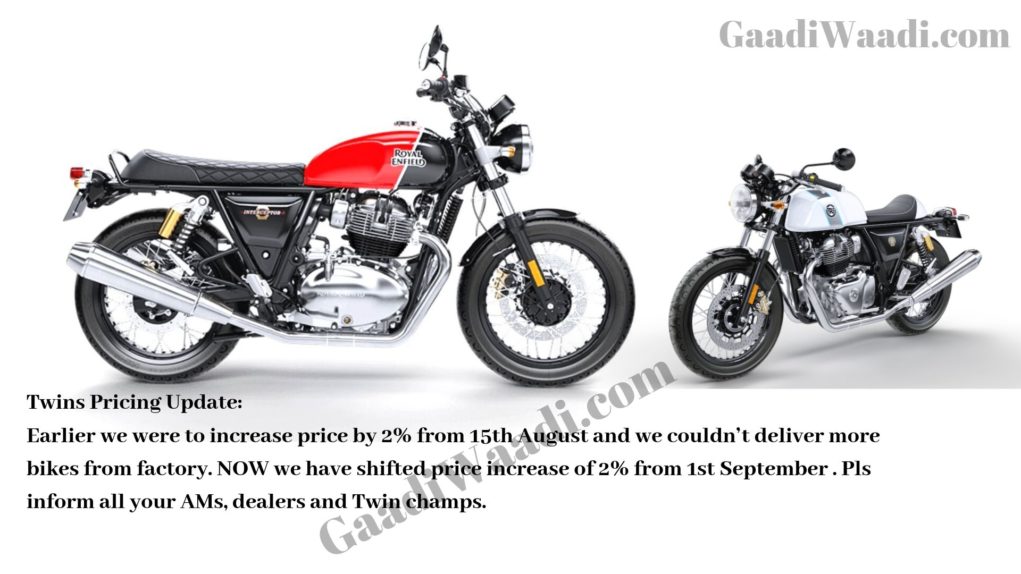 Currently, the chrome variant is priced at Rs. 20,000 more than the standard version of the Continental GT 650 while the white and grey/black paint schemes are a little expensive by Rs. 7,500 compared to the base offerings of the Interceptor 650. The reception of the Royal Enfield 650 Twins has been nothing short of phenomenal as they left their rivals in their wake in no time. 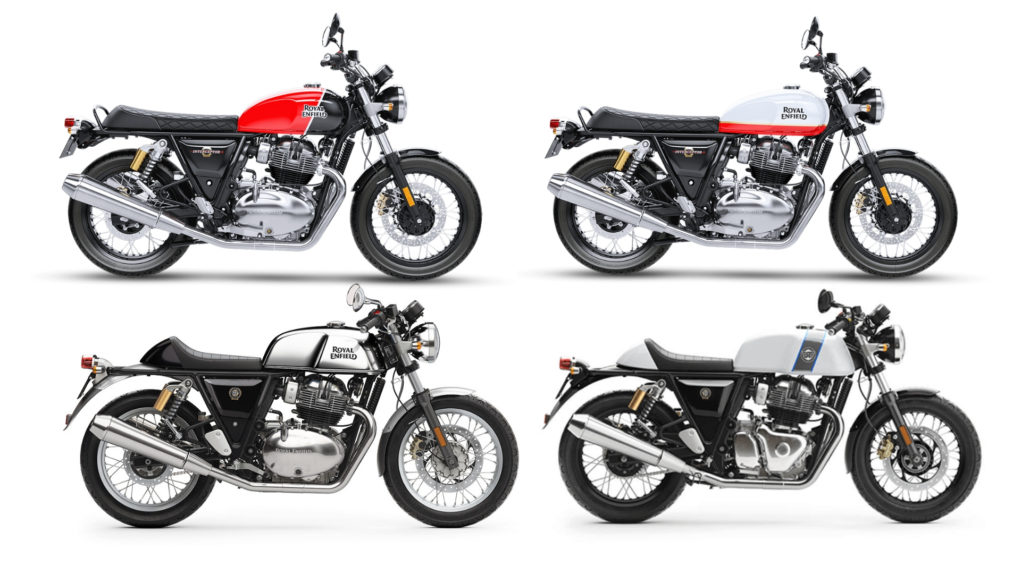 The sales of the 650 Twins crossed more than 11,000 units between November 2018 and June 2019. Having had a steady start to its lifecycle, the range-topping motorcycles broke the 1,000 units barrier in January 2019 and it wasn’t expected by many before marching on towards 2,000 unit sales milestone in a month in April 2019.

The highest the duo combined to achieve was 2,427 units in May 2019 and they did so while the rest of the Royal Enfield portfolio saw major decline in volume numbers. They are powered by a 648 cc parallel twin-cylinder fuel-injected air and oil-cooled engine with 270-degree firing order producing a maximum power output of 47 horsepower and 52 Nm of peak torque. It is connected to a six-speed transmission with slip-assist clutch as a standard.