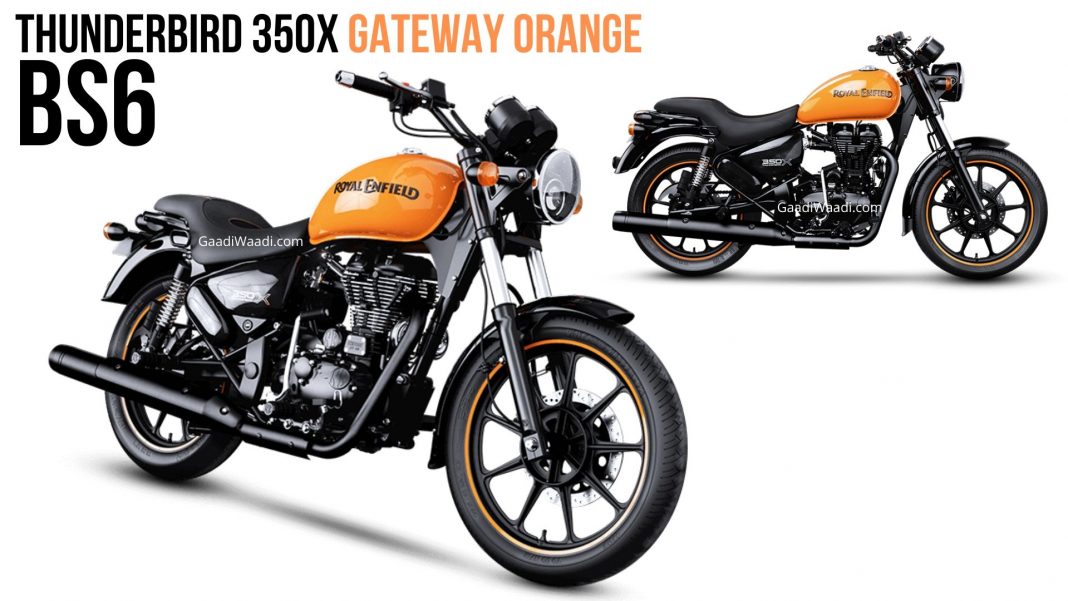 In another exclusive report, we can divulge that Royal Enfield’s Thunderbird 350X will be receiving a brand new Getaway Orange paint scheme next month. The first month of the new calendar year will see the new colour option added to the 350X and is already available in the Thunderbird 500X, which will be discontinued by March 2019 ahead of BSVI emission standards coming into effect the following month.

The existing 346 cc single-cylinder air-cooled engine, making 19.8 bhp at 5,250 rpm and 28 Nm of peak torque delivered at 4,000 rpm, will be fuel-injected to meet BSVI norms and it will be connected to a five-speed transmission. The new generation Royal Enfield Thunderbird 350X will only debut later next year with several cosmetic and possible mechanical changes.

The Thunderbird cruiser range was first introduced back in 2002 and a decade later, the 350 and 500 cc versions received a facelift with disc brakes, teardrop-shaped fuel tank and other cosmetic revisions. The more stylish X series was added to the lineup only in 2018 and it has been well-received among customers for its youthful stance despite being priced at a noticeable premium. 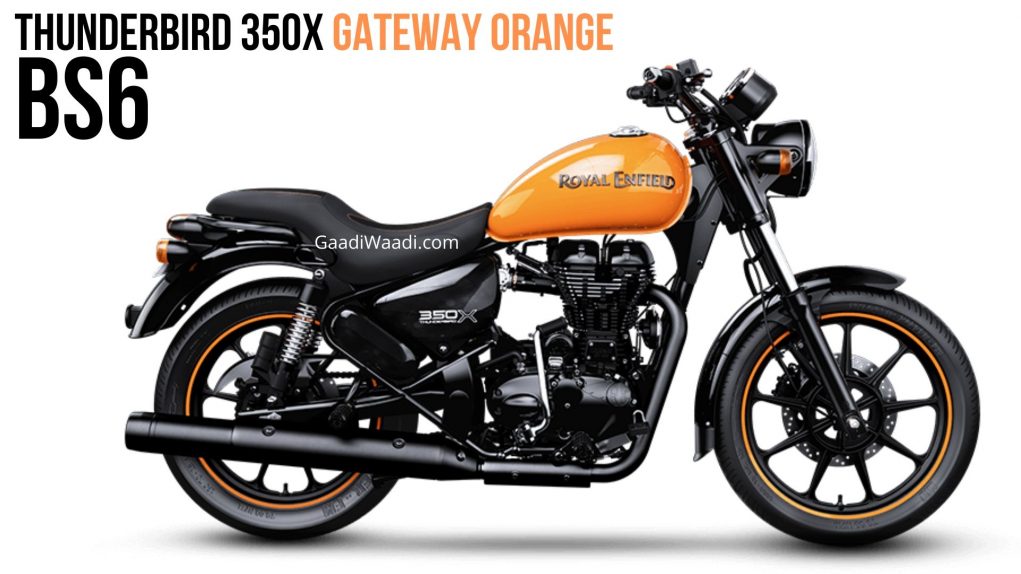 The 500 cc Bullet, Thunderbird and Classic motorcycles won’t see the light in the BSVI era due to the high costs involved in the engine upgrades. The next-gen Thunderbird series has been spied a number of times over the last months and the styling has been completely revised with a new headlamp and turn signals, single pod all-digital instrumentation, new fuel tank with fuel pump and revised side panels.

Moreover, the switchgear is also reworked along with a new side stand, alloy wheels up front and rear, a compact rear end with round-shaped tail lamp, a new set of grab rails and split seat. The all-important powertrain appears to have been derived from the 650 twins judging by the engine cover. 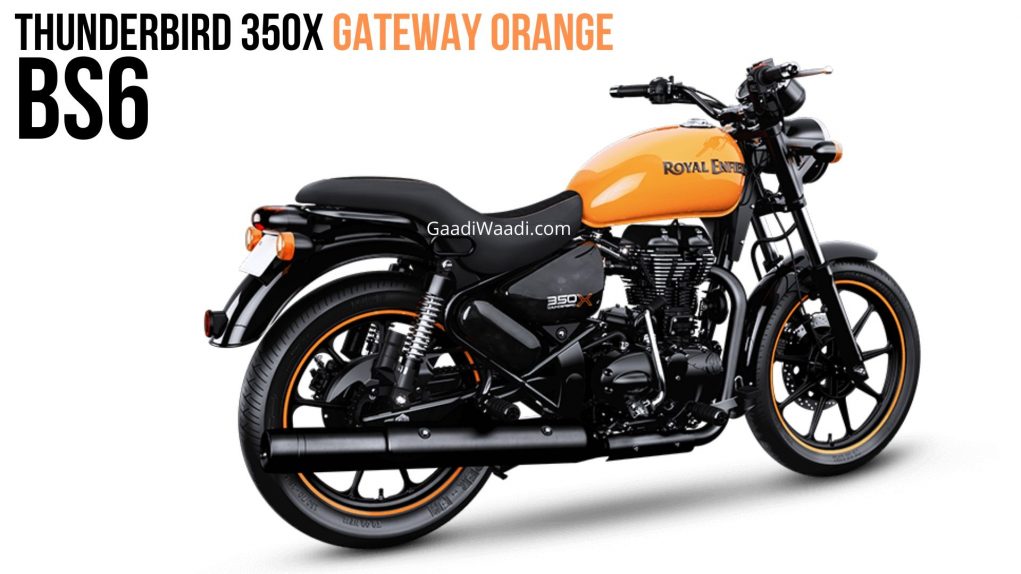 It could see higher engine capacity so that it can be positioned between the 350 cc and the about-to-be-discontinued 500 cc motor. The 2020 Royal Enfield Thunderbird will sit on the double-cradle chassis and the suspension will be front telescopic forks and dual shock absorbers at the back. Dual-channel ABS will also likely be offered.