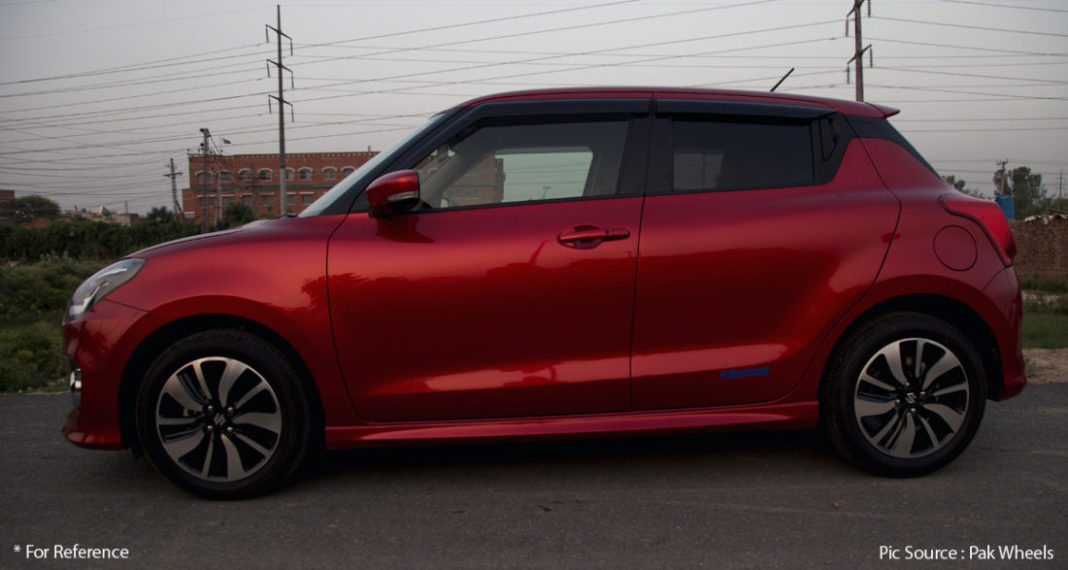 Maruti Suzuki has the Swift hatchback as its crowned jewel for young customers in the last decade or so and defined the modern era of the brand. The third generation Swift went on sale in February 2018 at the Auto Expo and became an instant success. Within 145 days of its market entry, Maruti Suzuki managed to record one lakh sales of the new model – fastest for any car sold in the country.

Since making debut in May 2005, Maruti Suzuki has sold well over 2 million units of the Swift in the domestic market and India contributes to majority of the hatchback’s global sales volume. However, there has never been a performance Sport variant introduced here through its lifecycle.

When Baleno RS entered showrooms in March 2017, it gave a glimmer of hope for enthusiasts on a possible interpretation of the similar treatment in the Swift. As we reported a few days back, the Maruti Suzuki Swift RS is coming alive sooner than expected and the first set of spy images are brought to you exclusively by us.

Spotted in a black colour scheme, the Swift RS boasts a new set of 16-inch alloy wheels that is different from what can be seen in the Baleno RS. As for the powertrain, the 998 cc Boosterjet K10C, three-cylinder, DOHC, direct-injected, turbocharged petrol engine is used for propulsion. 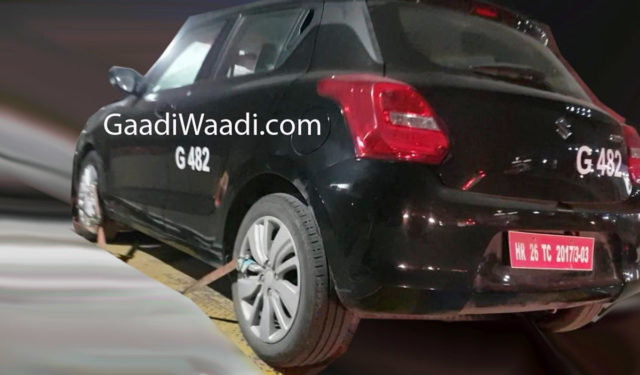 It generates 101 bhp of maximum power at 5,500 rpm and 150 Nm of peak torque delivered between 1,700 and 4,500 rpm as in the Baleno RS. Mated to a five-speed manual transmission, it sends power to the front wheels and is expected to return around 22 kmpl fuel economy. In a similar fashion to the Baleno RS, it will also get disc brakes on all the wheels as seen in the spy pictures.

Maruti Suzuki will introduce sporty exterior enhancements on the Swift RS as a new bodykit may make its way into the model. It will adorn ‘Swift RS’ badge at the rear as well as possible interior tweaks to maintain the sportier theme over the regular variant. The Maruti Suzuki Swift RS could be priced at around Rs. 8 lakh (ex-showroom) when it goes on sale.