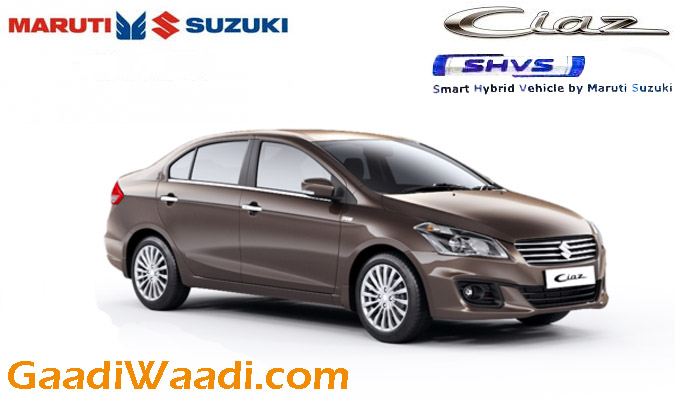 In what is being called totally out of the box thinking by Maruti Suzuki, the company is all set to launch a Hybrid version of the Ciaz. We just told you it is on its way and now we have even more details of it. Ciaz Hybrid is going to set benchmark in India for its innovative technology and hopefully cost-effective way to make even more mileage.

Ciaz is first hybrid car in Country with Diesel Engine under the hood, Launching likely on 19th August 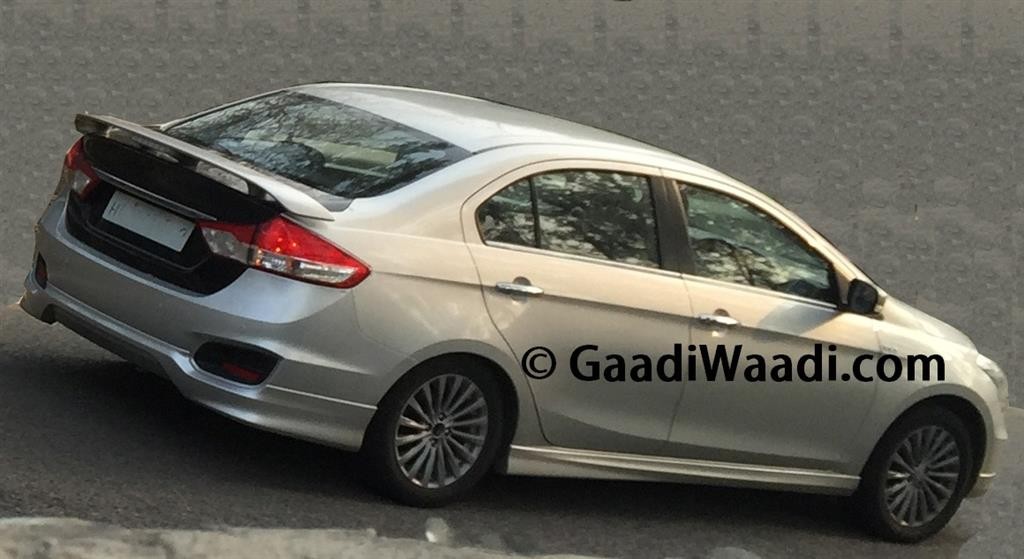 The name given by Maruti Suzuki to the technology of Ciaz Hybrid is as Ciaz SHVS, means Smart Vehicle System by Maruti Suzuki. By Maruti Suzuki, means Maruti is now not only limited to the making small cars, but they are now expanding to the new segment, launching cheap AMT cars, launching most fuel efficient car’s, developed Worlds Super Compact diesel engine & all set to export upcoming premium hatchback to Japan. Ciaz Hybrid / Ciaz SHVS is a step towards strengthen its roots in Sedan segment. 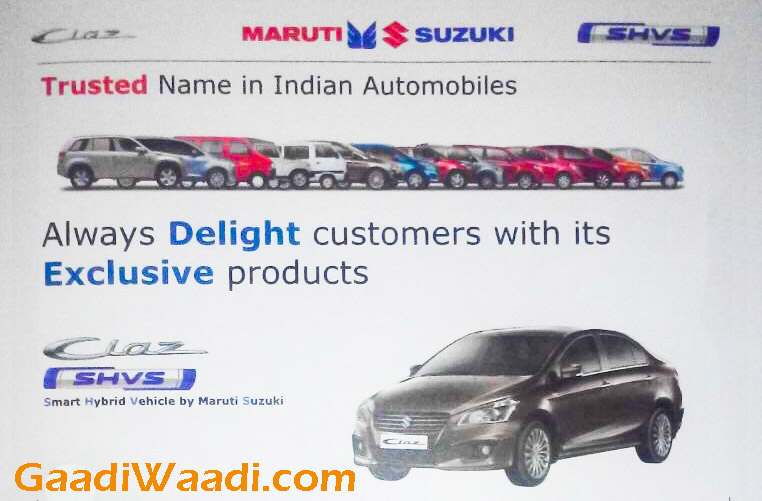 About the technology of Ciaz Hybrid aka Ciaz SHVS, it is going to come with one single Exide battery which is located under the bonnet but its three times bigger than before. There is an Integrated Starter Generator in Ciaz SHVS that is attached to the engine which assist engine in power generation as it withdraws current from battery during acceleration and send combined power to wheel. This system happens vice versa and that as we know is simply called brake recuperation. While coasting or braking, the same Integrated Starter Generator will charge the batteries. The stored energy in the battery then helps in faster acceleration through the Integrated Starter Generator, which helps the engine reduce the load over itself.

Once the engine is cranked at the beginning by the usual starter motor, post that all subsequent restarts will be done through Integrated Starter Generator. 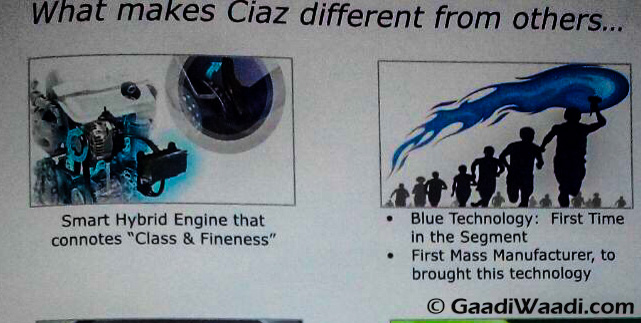 There is also the famous Start-stop system that is being made available to maximize even more efficiency from the Ciaz Hybrid / Ciaz SHVS. All of this will happen if the clutch & accelerator pedal is not pressed, headlights are off and battery is charged. If the engines needs to restart, the driver’s seatbelt should be in place, driver door should be closed and hood of the car has to be closed. As we can imagine there are sensors of the hybrid system attached to all these points for safety reasons. Meanwhile driver has to press the clutch, get the car in neutral and wait for the car to come in idle RPM (which happens in milliseconds) and once again the engine has restarted and you can move ahead. 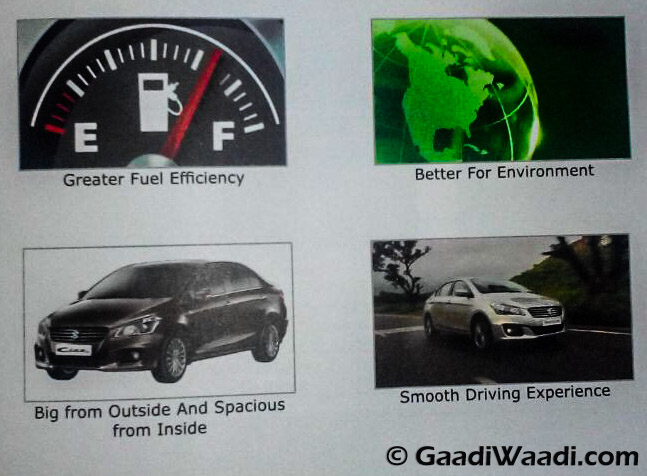 if you don’t like that system, it can be shut off manually too via a button below the center console. All in all, Maruti says this is a Mild Hybrid system with the Integrated Starter Generator being used most of the time while starter motor is used only once and hence engine is relived of the load it carries.

Hybrid Ciaz / Ciaz SHVS is going to create a racket for the company in a positive way and competition can watch while Maruti up its game with more of these cheap hybrid system and be the most efficient car makers in the world!