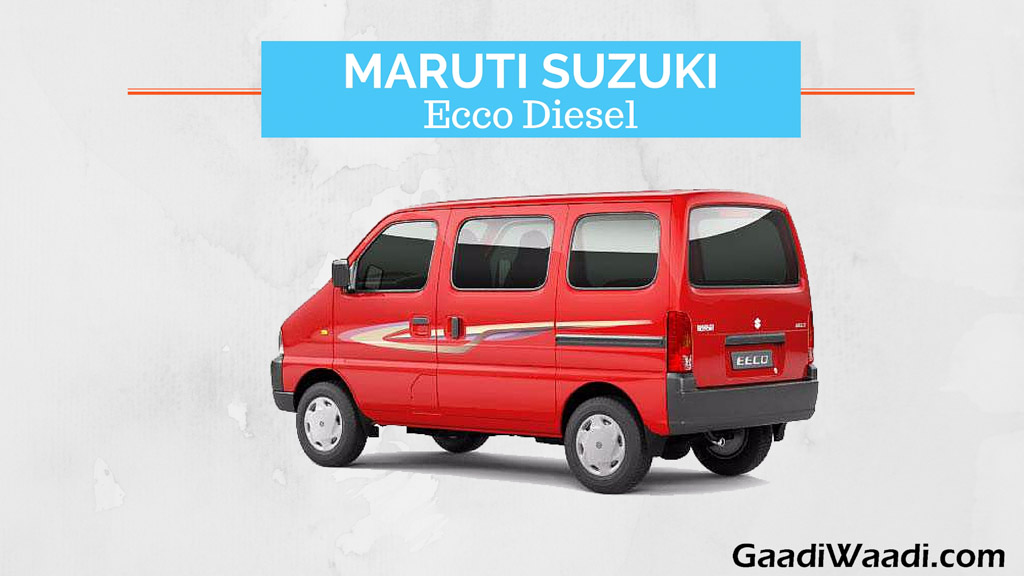 The Maruti Eeco people-carrier was showcased at the Auto Expo 2010 before being launched in the domestic market a few days later replacing the ageing Versa. Versa was discontinued from production in late 2009 citing gradual decline in sales numbers.

The Eeco has been based on the defunct Versa’s platform that ran for almost a decade and gets powered by BS4 complaint 1.2-litre 16V inline four-cylinder petrol engine developing 73bhp of maximum power at 6,000 rpm and 101Nm of peak torque at 3,000 rpm whilst CNG is also being available. The CNG variant delivers a fuel economy of 18 km/kg in city and 20 km/kg on highways whilst the petrol variant returns a company claimed mileage of 13kmpl and 15 kmpl respectively.

Offered in 5 seater standard, 5 seater AC and 7 seater standard variants, the minivan pairs with the long-running Omni to form the entry-level van range for Maruti Suzuki. The target customers for both the models are in rural and semi-urban areas just as for Alto, Wagon-R and Celerio. 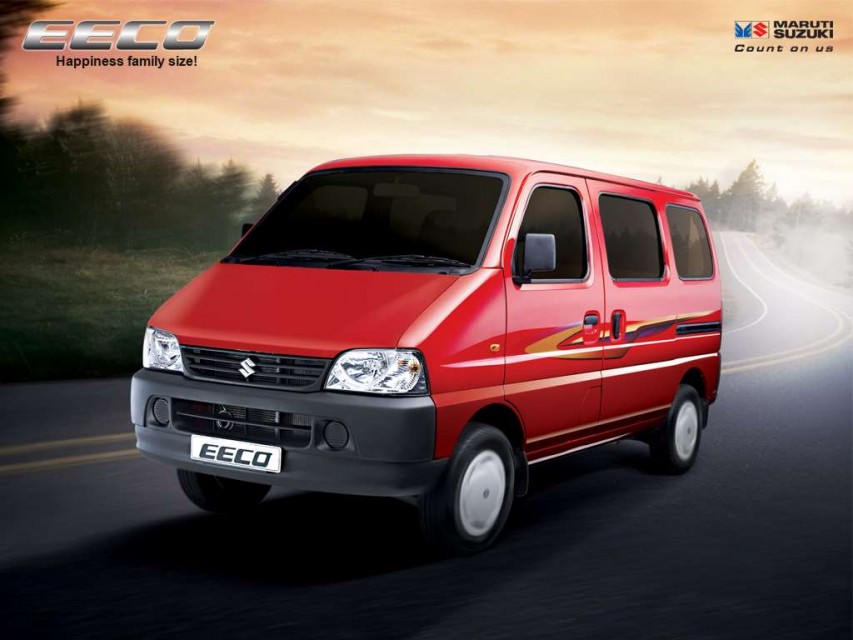 The rural market hold an estimated one-third of total sales for the company where Alto, Wagon-R, Eeco and Omni are the top-selling products in their respective segments. The Eeco and Omni account for an approximate share of just over 10% in the Indian manufacturer’s total monthly sales with the former averaged around 5,000 units across 12 months in the concluded 2015 year.

Used as a last mile transporter, the people-mover could slowly replace the obsolete Omni model. In the light of this, a 792cc diesel engine equipped Eeco is expected to be launched very soon across all variants to appeal for more customers as per our sources. The same DDiS 125 two-cylinder mill found under the bonnet of Celerio and manufactured with 97% localisation could generate 47bhp at 3,500 rpm and 125Nm of torque at 2,000rpm.

Power will be sent to the rear wheels through a five-speed manual transmission. The claimed mileage is supposed to be in the range between 26 and 28kmpl. The lightweight diesel power unit could weigh only 89 kilos as opposed to the existing 1.2-litre petrol engine that tips the scale at 125-130kg. Therefore the kerb weight could be down about 20kg from the 908 kilos of the five-seater standard variant of the minivan with subsequent weight reductions on other two variants expected as well.

The current equipment level is quite basic with air-conditioning the only notable feature. For some intriguing reasons, Maruti hasn’t been offering AC on the seven-seater and safety features like airbags, ABS and even power steering are not being provided as optional extras.

Despite the arrival of the diesel engine, the variants are more likely to remain the same. Other features that may stay put are Diagonal Shift Assistance for smooth gear shifting, Engine Management System, digital trip meter, integrated head rests in front row, tubeless radial tyres, seatbelts for each seat, headlamp levelling, side impact beams and high mount stop lamp.

With the launching looming, the diesel Eeco will compete against Mahindra Supro diesel. In comparison, the Supro comprises a 909cc direct injection turbodiesel engine with 45hp mated to a five-speed manual gearbox. The significant advantages are the availability of power steering and eight-seater configuration but the Supro weighs more than 300kg in excess with 27Nm of torque deficit in comparison. 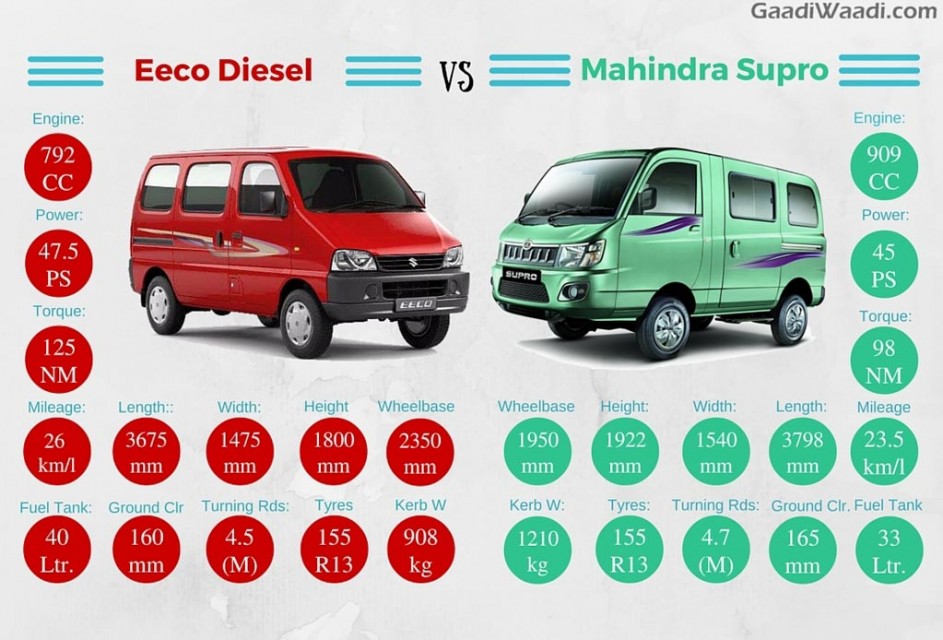 The standard eight-seater Supro van is priced at Rs. 4.38 lakh whereas the top-end five-seater model costs Rs. 4.93 lakh (both ex-showroom). The expected price for the five-seater base model of the diesel Eeco will be far cheaper at around Rs. 3.7 lakh whilst the five-seat AC variant and the standard seven-seater could be retailed for a slight premium of Rs. 3.95 lakh each – almost a lakh less than the range-topping Supro.