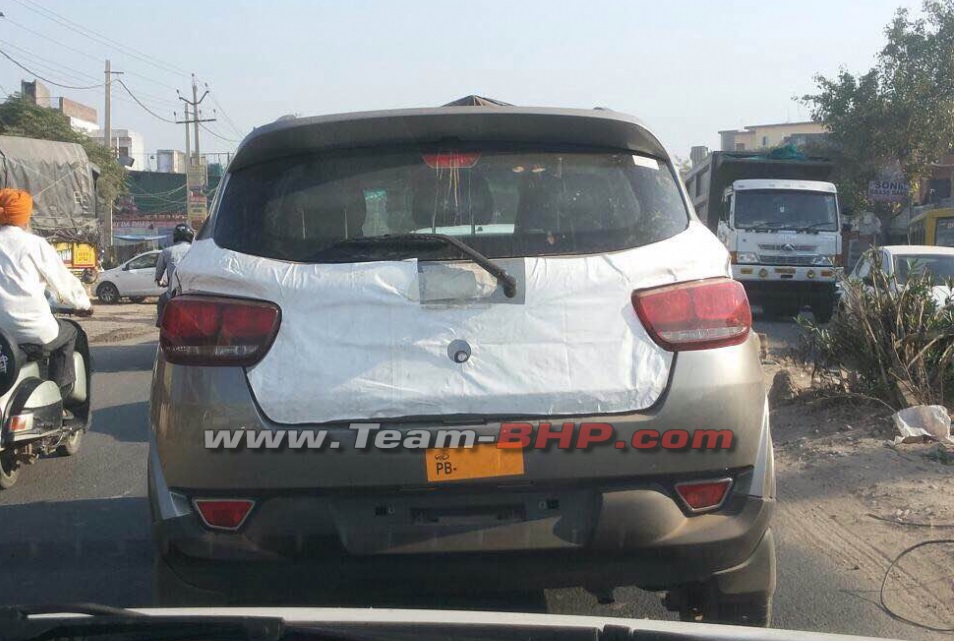 Updated on 24th Nov – KUV100 has be finally spotted with very less camouflage on the roads. As we told you before the car will be getting Chevrolet Beat style handle doors which is apparent in these pics to some extent add a dash of modernness to the package.  The KUV 100 aka S101 will be the most modern looking SUV from the Mumbai based manufacturer after the XUV 500.

Tail-lights are large and rectangle it shape make it look very digital and appealing. Based on the monocque chassis it will get a 100 PS diesel 1.5 3-cylinder diesel engine that is already well known for its refinement and power in the Quanto and TUV 300. S101 aka KUV100 is set to fight the Figo, Grandi10 & Celerio for surprising reasons. Wait for the launch as it very near and should commence before year 2016. 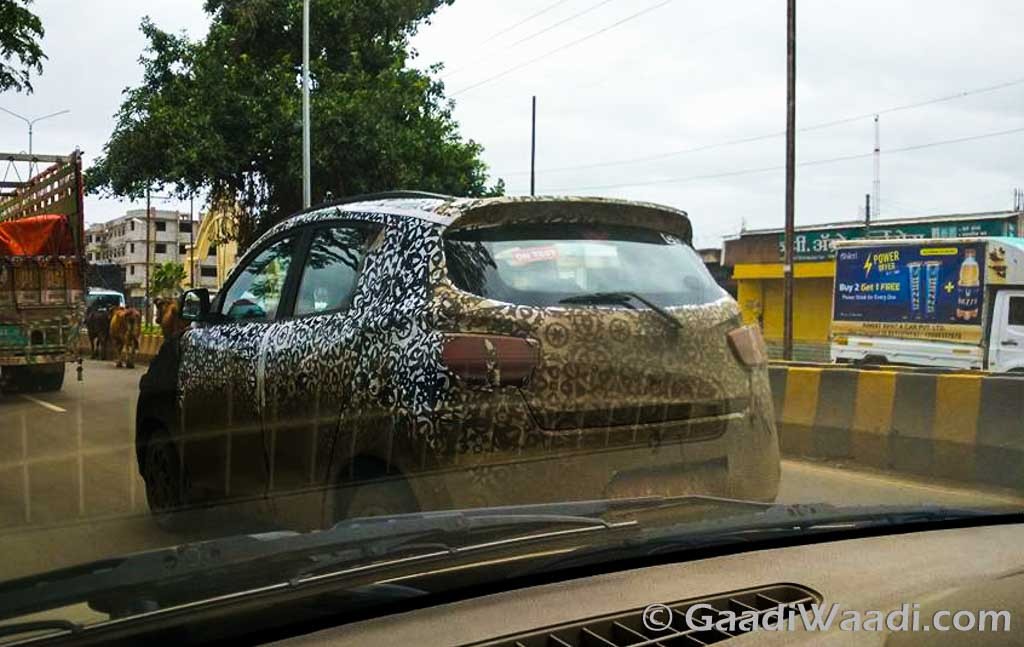 In what seems like a major twist in the case of the Mahindra’s spy shots of their codenamed SUV S101 has been witnessed today. All this time Mahindra has tried its level to fool the preying eyes of the spies. First the car was seen with bulbs on both sides, which were devoid of the glass cluster and now front and rear both get clusters. First Mahindra S101 was spotted testing with clear lens tail-lights now it becomes red.

Mahindra KUV100 also has been spotted with production spec alloy wheels as well. Most of the time wheels were seen from earlier cars and they were blackened out as well. The Mahindra KUV100 has lost a lot of camouflage, which also reveals a Chevrolet Beat style upward mounted rear door handle. If you notice the body of the rear door is flat and upper part is camouflaged for this reason. Interior are still heavily camouflaged, but as we know its set to get a touchscreen informative unit along with a sporty steering wheel.

We already told you Here that these names and what kind of things can you expect from the KUV100. The car will being getting the Quanto’s fantastic 1.5 diesel engine that will be also mated to AMT gearbox as well as manual gearbox. 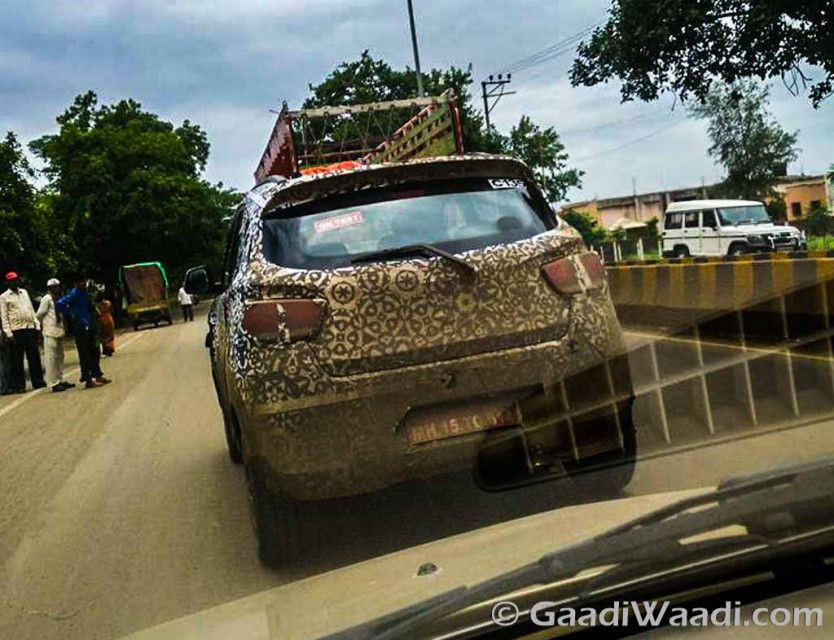 Mahindra KUV100 looks very hatchback-like and isn’t substantial as the TUV300. The monocoque chassis is to blame, but that will translate into a lot of space, efficiency and performance. Based on the XUV platform or a smaller version of it will allow Mahindra to price it very well. Expect the launch to happen before March 2016. The competitors are most like to be Ford Ecosport, Maruti’s YBA and other compact sub 4-meter SUV like the Mahindra KUV 100.