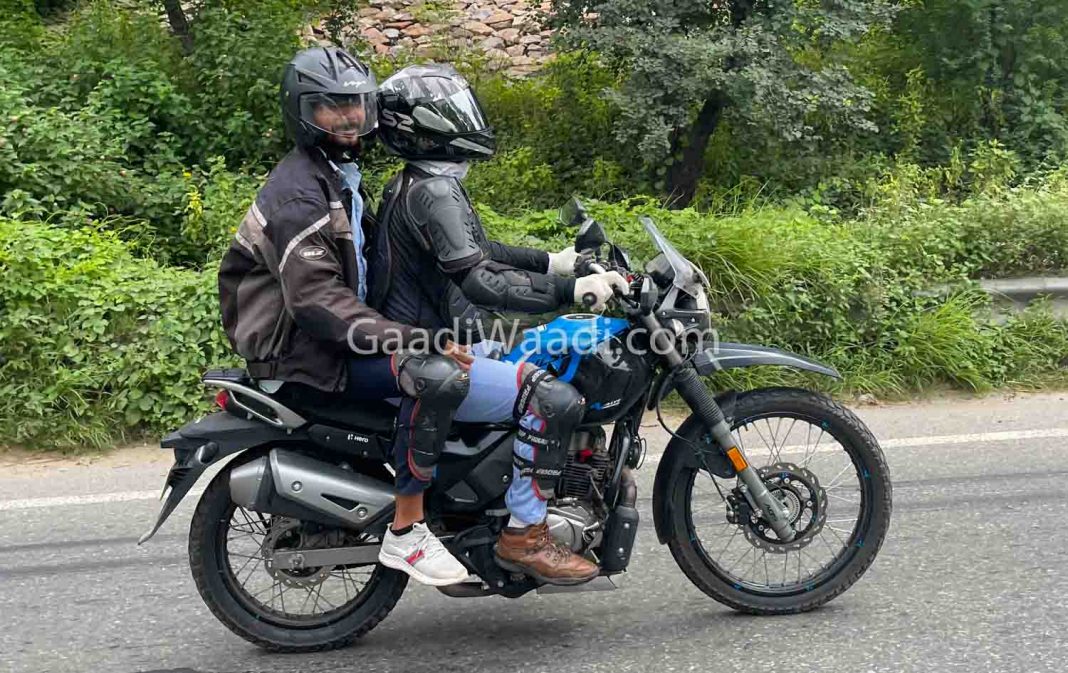 The Xpulse has been solely responsible for bringing the adventure motorcycling to the masses as it is unrivalled in the entry-level space. The spiritual successor to the Impulse made its global debut back in 2017 at the EICMA show in Milan, Italy before entering the domestic market back in May 2019. The popularity of the Xpulse 200 has only been growing amongst customers as more people are hopping on to the Adv trend.

Currently, the Hero Xpulse 200 is sold in five colour schemes namely Sports Red, Matte Green, White, Matte Grey and Panther Black. It derives power from a 199.6 cc single-cylinder oil-cooled four-stroke two-value fuel-injected engine producing a maximum power output of 17.8 bhp at 8,500 rpm and 16.45 Nm at 6,500 rpm of peak torque and is paired with a five-speed transmission.

It used to be offered with a carbureted version. The dual-purpose adventure tourer is certainly a lightweight off-roader but it certainly lacks the performance for highway touring and it looks like Hero might want to address it. In an exclusive report, we can reveal that the 2022 Hero Xpulse 200 has been spotted testing in a new paint scheme while carrying 4-valve stickers on the lower side portion of the fuel tank. 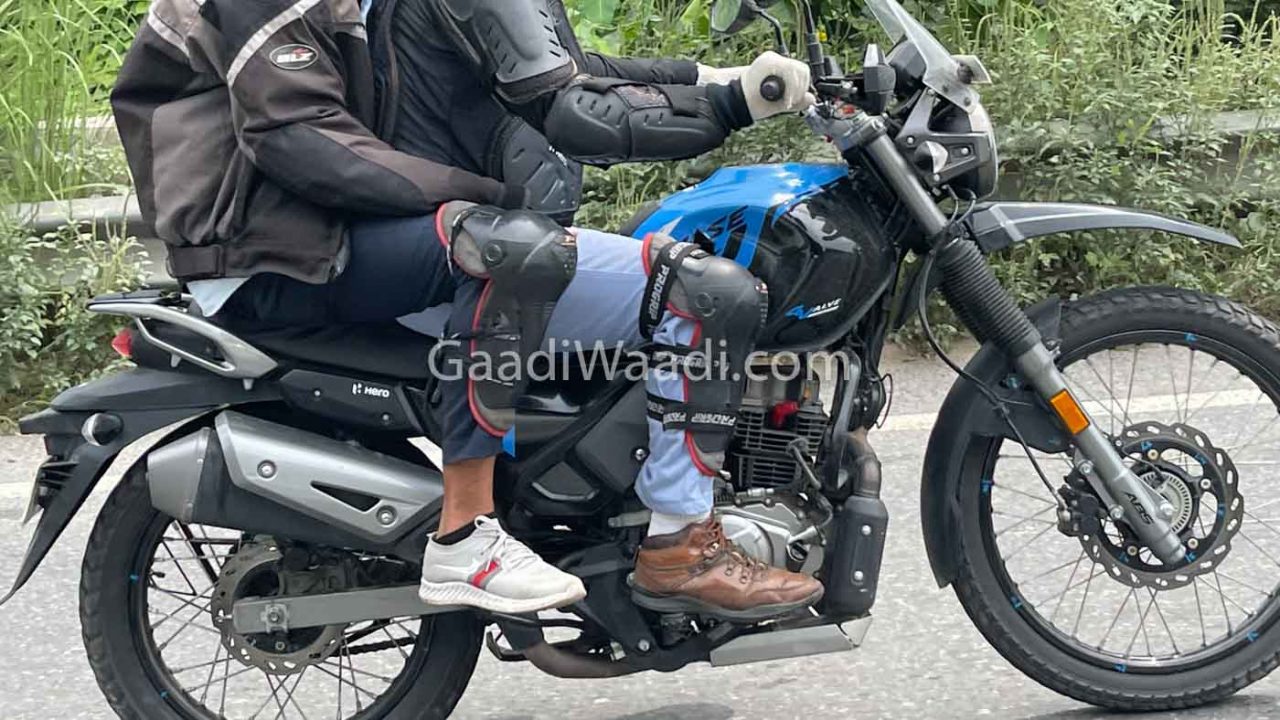 The body graphic has also been updated and the Hero sticker can be seen on the side panels just below the pillion seat along with splashes of blue on the wheel rims at the front and back. The upswept exhaust system has a heat shielded tip and the engine casing is not fully in black colour this time around.

Generally, four-valve engines are smaller in dimension and lighter in mass compared to a two-valve unit and they travel freely and at a higher frequency enabling the powertrain to run at higher rpm and extract more performance. The use of multiple valves pumps more air-fuel mixture into the cylinder, and thus the engine breathes much better translating to lesser unburnt fuel and higher efficiency. 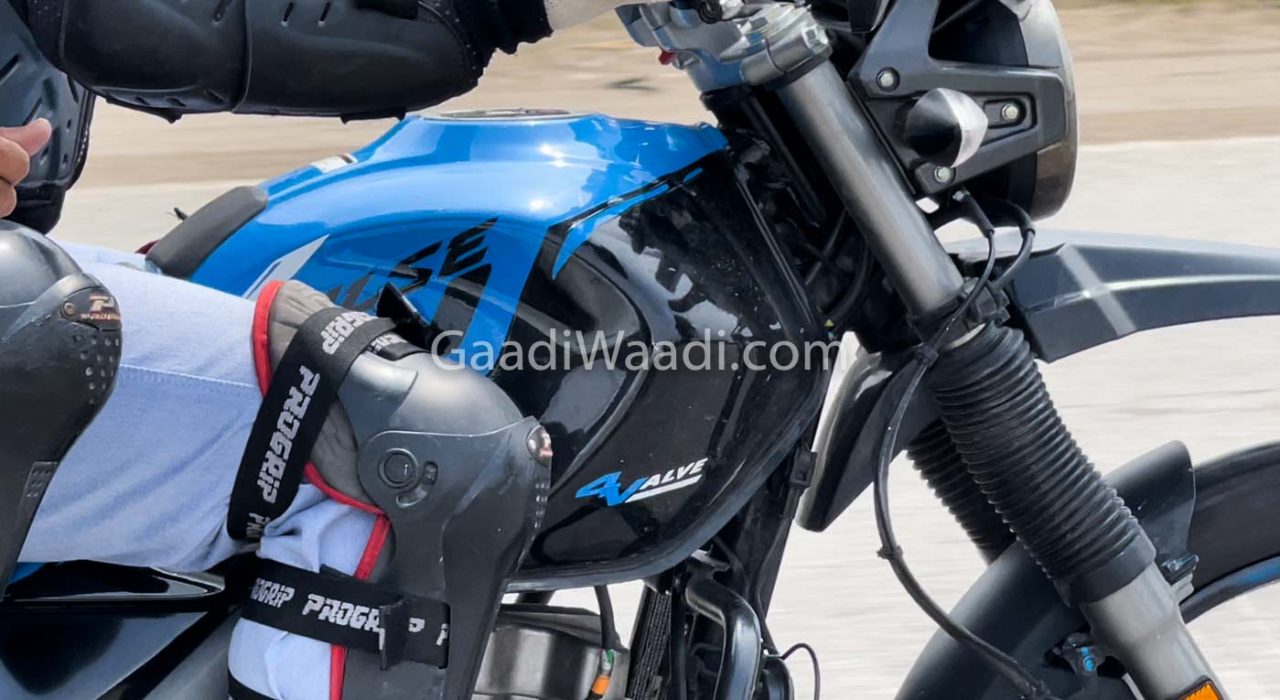 With more stringent emission standards coming into play and having more performance could boost the Adv’s credentials, Hero might have opted to go with this technology. No other changes have been made as it continues to run on dual-purpose tyres with a 21-inch spoked wheel at the front and an 18-inch wheel at the rear. The suspension duties are handled by telescopic front forks and monoshock rear and whether their travel is adjusted further or not is yet unknown.