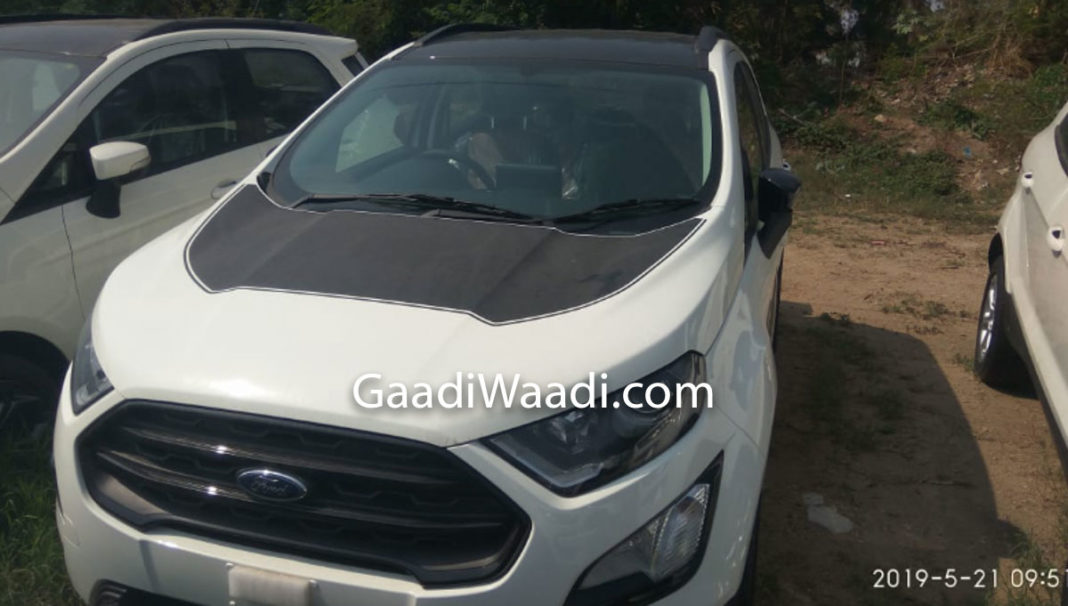 Ford Ecosport Thunder Edition is expected to be launched soon in India; features a list of cosmetic updates with 17″ low profile tyres

The new invasions into the sub-four-metre SUV segment have resulted in the old players hastening to hold on to their positions. The EcoSport set the early benchmark in the segment only for Maruti Suzuki Vitara Brezza to topple it from the leading status. The American SUV should be appreciated for maintaining its consistency over the years but there is little in doubt that the new competitors are swiping it past in no time.

Ford launched the EcoSport facelift in November 2017 before new variants and editions such as the Signature arrived at the dealerships last year. However, the latest contenders such as Tata Nexon and the recently introduced Mahindra XUV300 are throwing in tough competition while the highly-promising Hyundai Venue could dent its sales volume further.

On the back of increasing rivals, Ford will be launching a new edition called the EcoSport Thunder and on an exclusive report, we can reveal the pictures of it. As you can see in the pictures, the exterior comprises of sticker updates as no comprehensive styling changes have been made. The EcoSport Thunder Edition comes with a black wrap on one section of the bonnet. 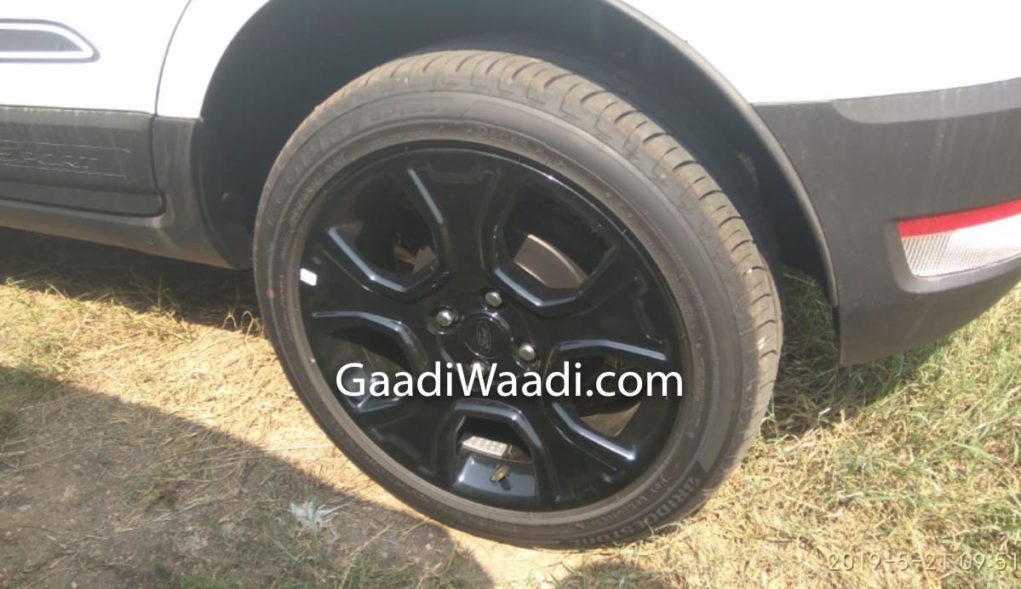 Down below, the headlamps, grille mesh and the horizontal bars adorn black treatment surrounded by a differentiating dark shade. The roof rails, wing mirrors and B-pillar are painted in black colour as well. Additionally, the side profile has black stickers running lowly on the doors while a black cladding runs across the lower portion of the body covering the bumpers and sides.

It gets new 17″ alloy wheels with low profile Ecopia tyres. It also carry a black theme and Thunder sticker is printed on the tailgate. It appears to be based on the Titanium variant with 1.5-litre TDCi four-cylinder inline DOHC diesel engine that is good enough to produce a maximum power output of 99 bhp at 3,750 rpm and 205 Nm of peak torque delivered at 1,750 rpm. It is mated to a five-speed manual transmission with claimed fuel economy of 23 kmpl. 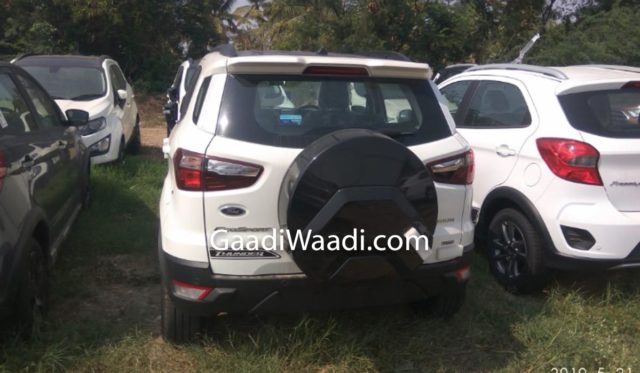 Do not expect any big changes to the interior as the equipment level will continue to be the same as in the regular Titanium variant. The Ford EcoSport Thunder Edition will likely be priced at around Rs. 11.5 lakh (ex-showroom) – a slight premium over the standard Titanium model.