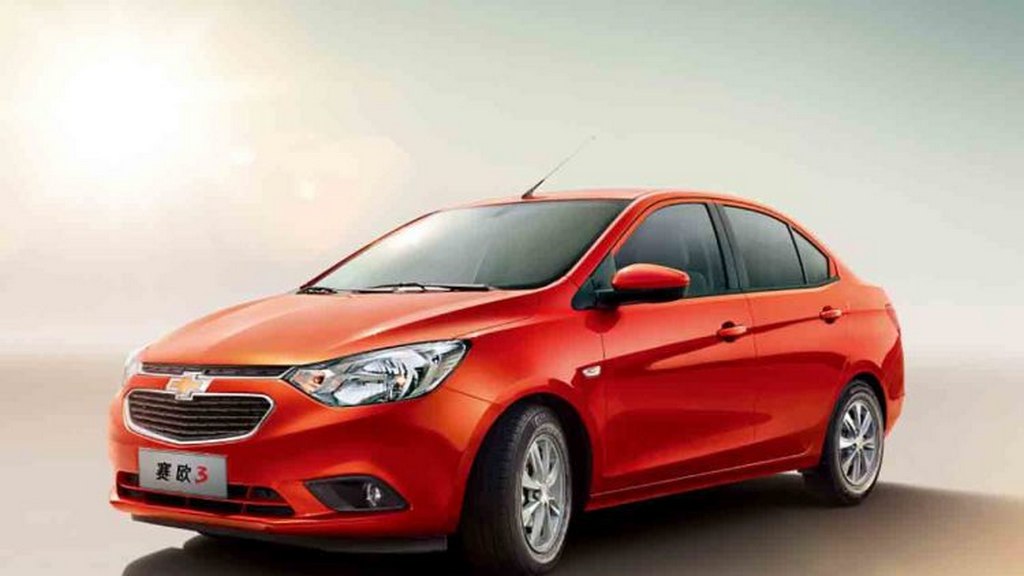 With the recent reports emerging about the discontinuation of the Enjoy MPV from the Indian market due to its poor sale and make way for at least five new launches within the next 24 months, the Sail hatchback and Sail sedan were also expected to face the axe.

But in an exclusive news, we can divulge that Chevrolet is considering a facelift for the Sail sedan instead of ditching it altogether from the Indian scenes. The latest generation Sail facelift, also known as Sail S3, has been around the Asian and South American markets for nearly the last two years. Chevrolet contested the global premiere of its Sail 3 at the 2014 Guangzhou Auto Show in China in November before displaying it at number of other Asian motoring shows. The “3” in the moniker depicts the third generation of the model which is based on the new-generation small car platform developed by Shanghai General Motors.

The front eagle-eyed headlamps have received update alongside revisions to the dual-port front grille housing the bow-tie Chevrolet badge. The front bumpers are also new with changes to the boot lid, tail lamp cluster and wing mirrors. The Chevrolet Sail 3 grew longer and wider with an extended wheelbase for China. It is 51 mm long, 45 mm wide and features 35 mm more wheelbase than the previous generation model – which implies similar dimensions to the existing Sail sedan in India. With attractive features list, the cabin updates expected to feature are better quality materials and the dual-tone colour scheme with beige and grey shades.

Aluminium accents to door trim and centre console are also likely to come by besides an updated multi-function steering wheel with mounted controls. The current infotainment system is more likely to get upgraded as well while safety will be dealt with Anti-lock Braking System (ABS) and Electronic Brakeforce Distribution (EBD) and standard airbags across all variants.

Currently, the petrol motor is a 1.2-litre unit developing 82 bhp of maximum power output at 6,000 rpm and 108 Nm of peak torque at 4,400 rpm, while the diesel Sail sedan is powered by the Fiat-sourced 1.3 litre Multijet engine which generates 74 bhp at 4,000 rpm and 190 Nm at 1,750 rpm. No mechanical changes are expected to accompany the Sail sedan facelift.