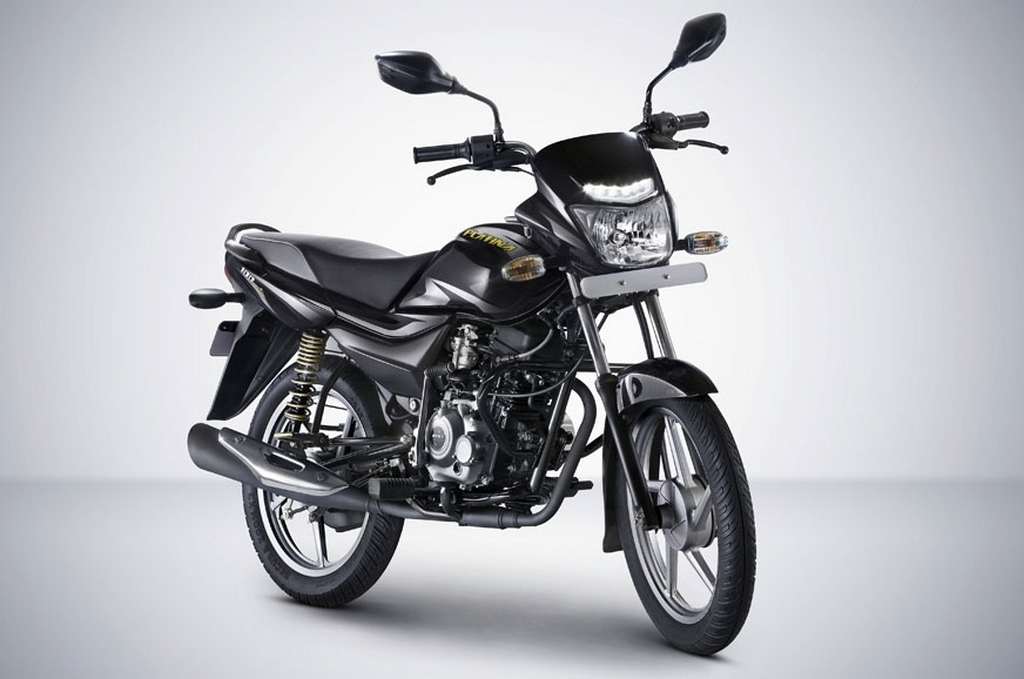 Bajaj Auto introduced the Platina more than 12 years ago in the domestic market and it has since been an integral part of the brand’s volume sales in the entry-level commuter segment. Over the years, the homegrown manufacturer has tried to leverage the popularity of the Platina nameplate and in just a couple of years of its market debut in 2006, a 125 cc DTS-Si variant was launched with good initial success.

The Platina takes design influence from the Bajaj Kawasaki Wind 125 that saw the light in 2003 and through its lifecycle it has stayed true to its no-frills styling theme, a key trait for an affordable 100 cc commuter. Late last year, Bajaj brought in the Platina ComforTec model with LED Daytime Running Light and it was the first motorcycle to feature LED DRL in 100-150 cc space in India.

Currently part of the attractive 555 offer, Bajaj wanted to capitalise on the positive buying sentiments that often prevail during festive season and in recent months the Platina has delivered with appreciable sales growth. In October 2018, Bajaj sold 74,064 units of the Platina at 40 percent volume increase and the previous month saw 41 percent growth.

With the CT100 and Platina helping Bajaj to record higher volumes in recent months, the Pune-based brand is looking at other entry-level avenues to further boost the sales. In an exclusive report, we can reveal that Bajaj will be adding a 110 cc version to the Platina lineup next week to strengthen its range. The Platina is slightly more premium than the CT100 and it could receive the new powertrain from Discover.

Bajaj may include additional features to make for a strong buying case while the suspension (telescopic front and spring-in-spring rear) and brakes (130 mm drum front and 110 mm drum rear) could be carried over from the existing model.

Bajaj claims the Comfortec technology reduces 20 percent of jerk compared to other 100 cc motorcycles and it could be employed in the upcoming 110 with stylish graphics and digital instrument cluster. The Bajaj Platina 110 is expected to rival the recently launched TVS Radeon 110.