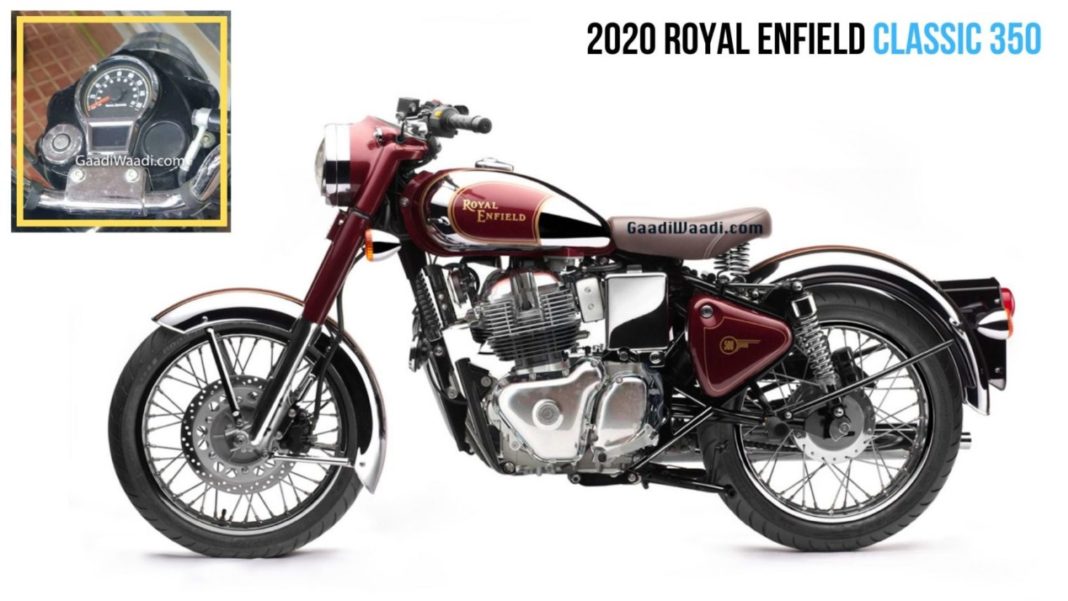 Our exclusive images indicate that the next generation Royal Enfield Classic 350 comes equipped with a brand new instrument cluster. Royal Enfield has managed to retain the retro touch in the semi-digital unit and the brand name is written in smaller fonts inside. The round-shaped analogue speedometer is separated from the digital parallelogram display – showing odo, trip, fuel level and more – by a thick metal strip.

The whole unit has a sturdy look as it’s bordered in silver material. The orange needle with back illumination serves the purposes of indicating speed and the reading marks are shrouded by yellow outline. The major change occurred on the switchgear side as well as the left-hand side comprises of a rotary dial for headlamp dim and bright alongside pass function.

They are accompanied by the indicator direction changer and horn. On the right side, the black finished switchgear has a red rolling controller in place of the traditional kill switch. The 2020 Royal Enfield Classic 350 has been spotted a number of times already and it could be offered with a range of touring-based accessories this time around. 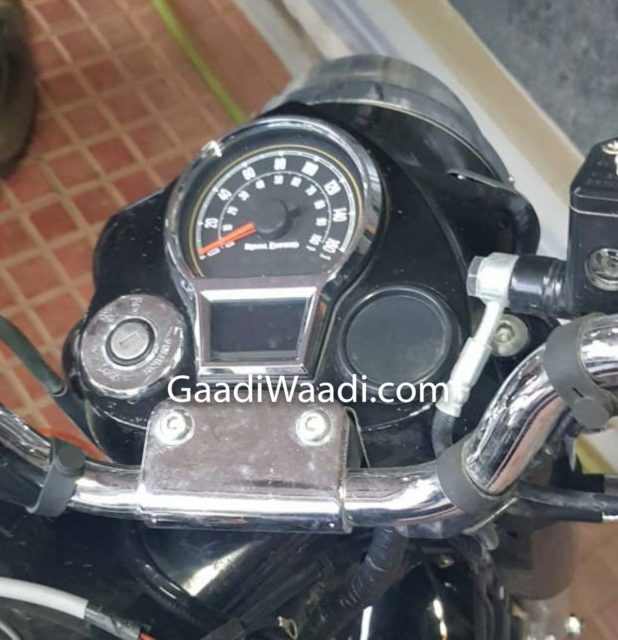 The biggest changes besides the evolutionary exterior updates are for the powertrain. The brand new engine will be BSVI compliant upon going on sale before April 2020. Spy pictures denote that it could have more cubic capacity (as much as 375 cc) than the current 346 cc due to the different engine head while the transmission will more likely be a six-speed as in the Interceptor 650 and Continental GT 650 as its casing looks similar.

This is a much-needed addition and we can expect Royal Enfield to have worked on its refinement for the betterment of touring. Snubbing the latest rumours, the absence of oxygen sensor in the exhaust shows that the engine may not be fuel injected. With BSVI compliance, the engine could be tuned to generate more power and torque outputs from the current 20 PS and 28 Nm. 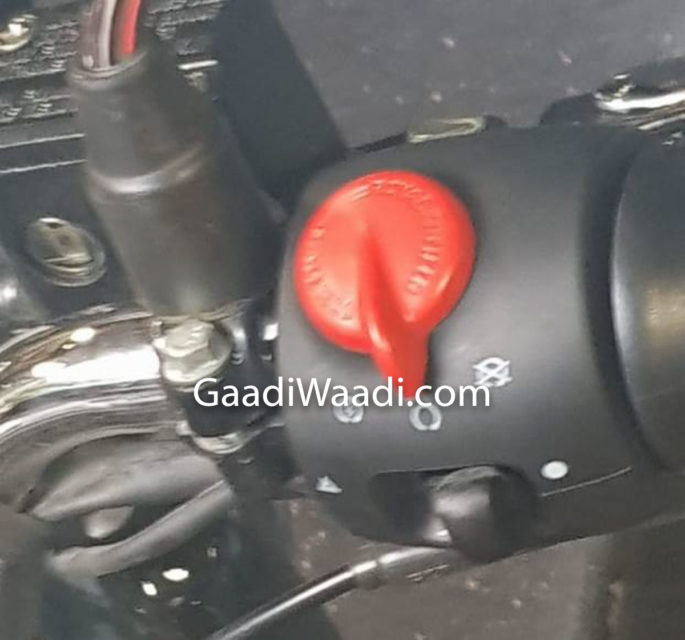 Other key mechanical updates include single horn setup, repositioned brake lever, reworked footpegs, different exhaust routing and so on. The next generation Royal Enfield Classic 350 is based on double cradle chassis and the headlight will likely continue to be given halogen illumination.

With split seat setup, the upcoming Classic 350 rides on telescopic front forks and twin shock rear absorber as opposed to the existing gas charged unit and dual-channel ABS system will be offered as standard fitment. With a considerable increase in price, expect the 2020 Classic 350 to cost around Rs. 1.75 lakh (ex-showroom).