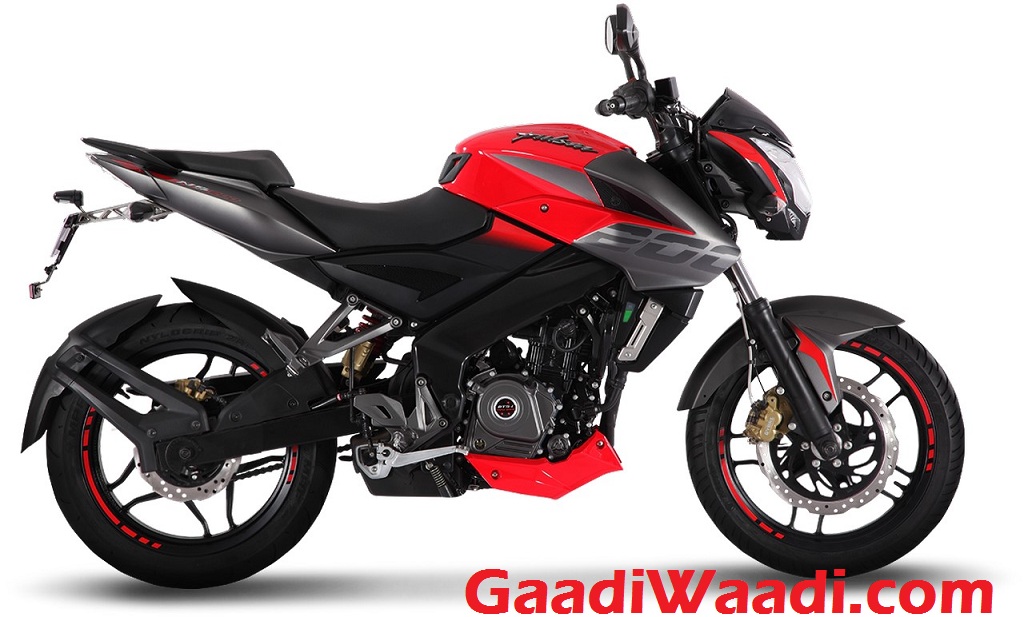 2017 Bajaj Pulsar NS200 gets styling updates and AHO but the engine is not fuel-injected; produces same power and torque from the 199.5 cc DTS-i motor

In another exclusive story, we were the first to reveal at the earliest that Bajaj Auto would be re-launching the flagship naked motorcycle in the Pulsar series. Standing true to the report, it has officially arrived at the domestic market. The NS 200 (Naked Sport) was discontinued from production midway through 2015 to make way for the AS200 that witnessed better demand.

Snubbing the earlier rumours that it was completely axed from the assembly lines as customers tend to prefer the more conventional semi-faired AS200 with whom it shares underpinnings, the new NS200 will consolidate the ever-popular Pulsar range that has seen updated motorcycles releasing through MY2017 updates with BS-IV compliant engines. Moreover, the arrival of TVS RTR Apache 200 4V will have instigated Bajaj to react soon regarding the revival. 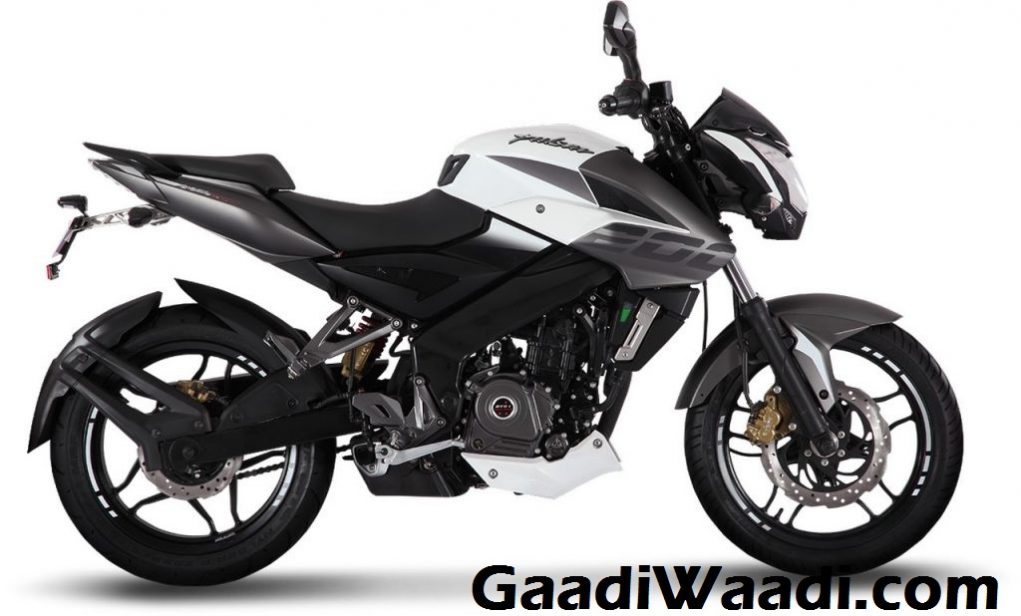 The NS200, which was a brand new Pulsar after ages when launched, has comeback as MY2017 model and could stir up a revelation it did on its first stint. The test mules of the new Pulsar NS200 were spotted testing on Indian roads repeatedly and it fuelled a number of potential launch timeframe over the months. As revealed by us, the NS200 naked sporty bike has graced showrooms now.

The updated NS200 was highly anticipated to come with the Anti-lock Braking System (ABS) fitted as optional equipment but it has not been the case unfortunately. Here’s everything we know of the 2017 Bajaj Pulsar NS200 naked streetfighter: 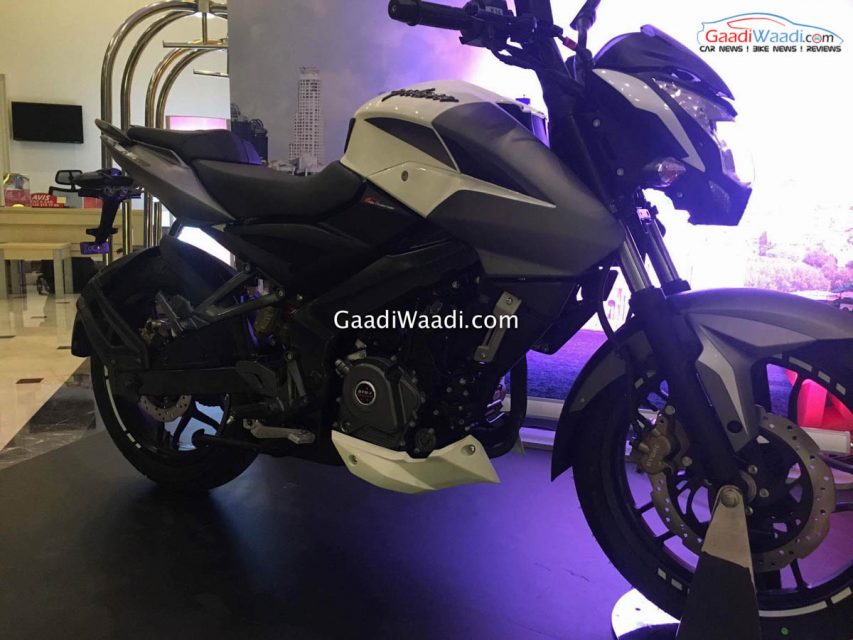 The updated Pulsar NS200 started reaching dealerships across the nation in the last few weeks. Now, it has entered the market and gets competitively slotted against its arch rival TVS Apache RTR 200 4V. The only version with disc brakes is priced at Rs. 96,453 (ex-showroom, New Delhi).

Like the range-topping RS200, it was expected to offer a single-channel unit but that’s of no avail. Priced at probably Rs. 6,000 odd more, the NS200 produces 3 PS more than the carburetted version of the Apache 200. But it gets BSIV compliant engine as opposed to Apache’s BS-III. 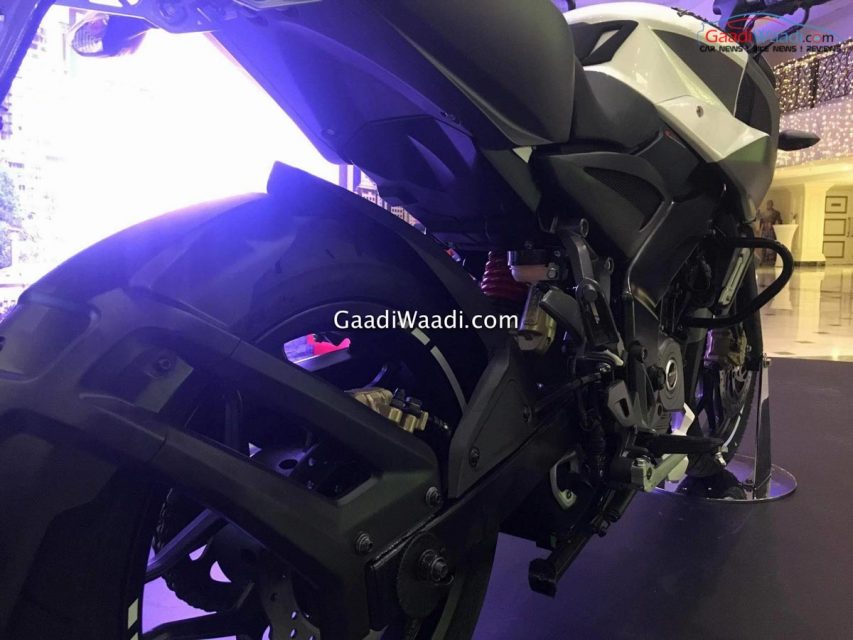 No powertrain changes will be implemented while the addition of long-awaited fuel injection technology replacing the carburettor won’t happen and that’s a disappointment for many. In international markets, the NS200 gets fuel injection and ABS.

The NS200 is strapped with the same 199.5cc single-cylinder, BSIV, carburetted, liquid-cooled, triple-spark DTS-i engine that is tuned to deliver a maximum power output of 23.5 PS at 9,000 rpm and 18.3 Nm of peak torque at 8,000 rpm as in the AS200. The BS-IV compliant engine is paired to a six-speed gearbox which should help achieve 0-60 kmph acceleration time of 3.1 seconds. It is expected to top out the same claimed speed of 135 kmph and should return a mileage of around 42 kmpl.

Absorbing the bumps and potholes while availing sporty handling characteristics are a front telescopic and rear monoshock suspension system. Scrubbing all the power produced when needed is assigned to a pedal disc setup with 280 mm disc at the front and 230 mm disc at the rear. It runs on tubeless 17-inch tyres as before. 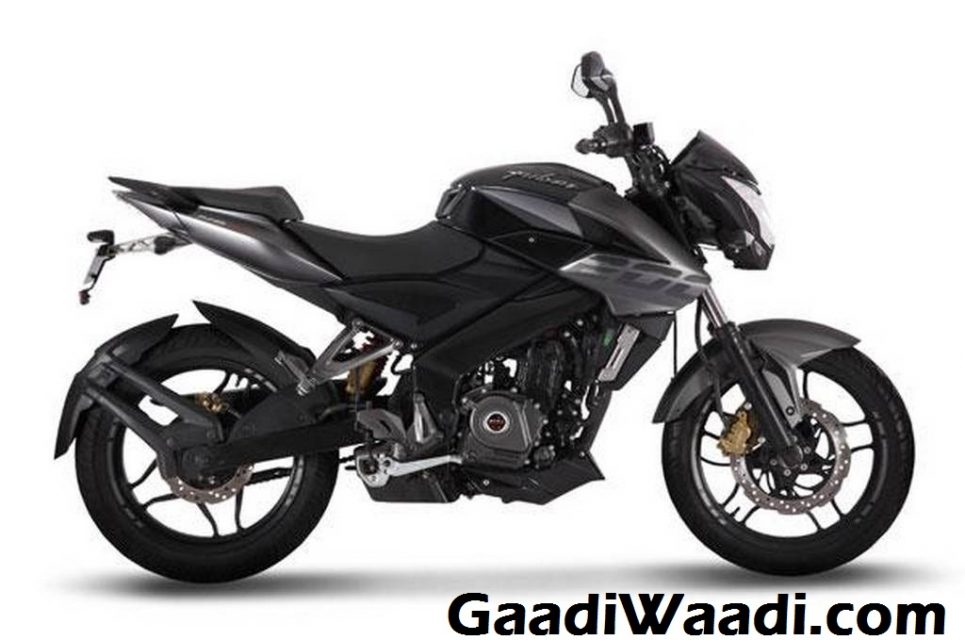 The MY2017 NS200 measures 2,017 mm in length, 1,075 mm in height and has a width of 804 mm. It will continue to have the same wheelbase of 1,363 mm along with a 12-litre fuel tank. Built on pressed steel perimeter frame, it now tips the weighing scale at 152 kilograms due to compliance with BS-IV norms, just one kilos more due to the modifications including a secondary air induction and new Capacitor Discharge Ignition (CDI) running on five maps instead of two.

The major change in the 2017 NS200 is the addition of new dual-tone paint job, new body graphics with sharp edgy protrudes on the tank receiving prominent 200 decals. The outgoing model was sold in full Black, black and white, black and blue, and black and red colour mixes. However, the revised graphics meant the new NS will be sold in three paint schemes: Graphite Black, Mirage White & Wild Red 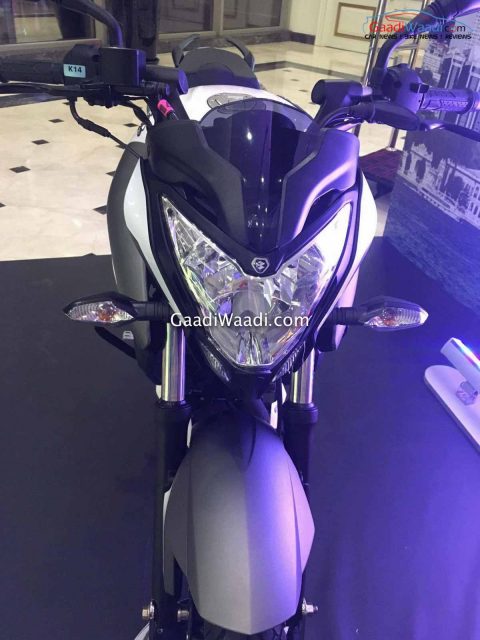 The flagship naked Pulsar receives several modifications like changes to the body graphics, relocated Pulsar logo, inclusion of new mixed dual-tone paint schemes, inscription of ‘200’ decals, and addition of belly pan for better underbody protection. It will continue to be equipped with part analogue/digital console with blue illumination as in the fully-faired RS200. A prominent feature addition is the introduction of AHO (Auto Headlamp On) technology for improved safety of the riders in response to government mandate coming into effect from April 1.

The newly launched Yamaha FZ250 is another close contender for the 2017 Pulsar NS200 but the naked Apache 200 4V will keep the exciting battle of the two enduring nemesis much more interesting as they are almost on-par in terms of performance for the given pricing.