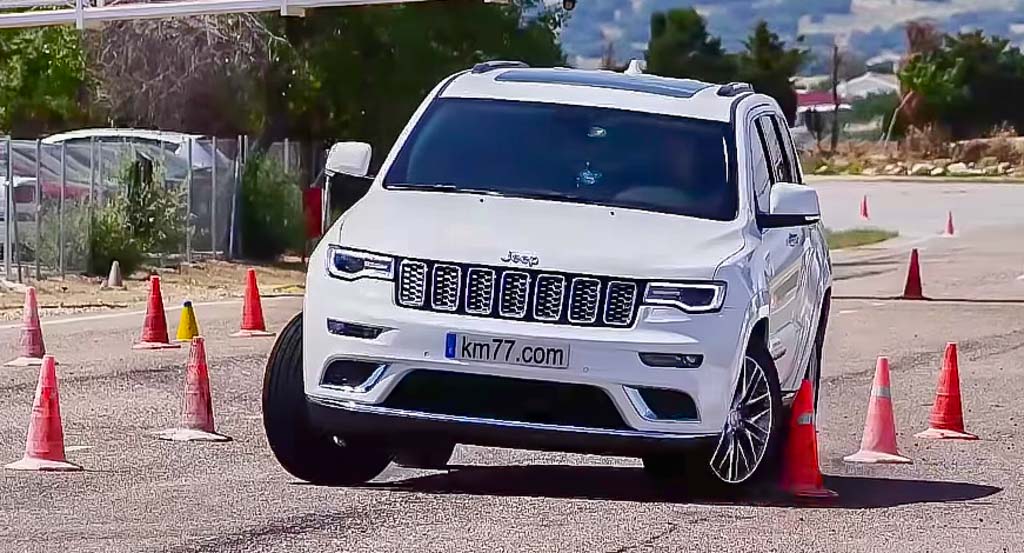 It is important for SUVs and crossovers to be equipped with ESP (Electronic Stability Program) and other electronic aids as the weight factor does eat into the handling of these body types. Due to the high ground clearance, which is one of the USPs why people buy them, could act against them in some conditions.

The high ground clearance results in less than optimal centre of gravity that would ultimately lead to dissatisfied handling characteristics. Automakers do provide ESP in a number of global markets but depending on the price pitch and nature of customers, they would refrain from providing it as standard in many cases.

To explain the differences, a YouTube channel specialised in moose tests took the Jeep Compass and demonstrates its abilities around the cones. The first video shows the compass remaining safe at all speeds during the test, even at 79 kmph entrance velocity as it could take up all the moves of the driver.

The evaluation reported that the SUV was under control in the entire situation and the driver was confident throughout his time behind the wheel. With minimum body roll, the influence of electronic stability programmes can be clearly felt and it goes on to show their impact on the handling of any SUV.

However, at speed of 81 kmph, the attempt was unsuccessful and the km77.com crew could not perform weaving through cones without hitting them. Despite missing the targeted maneuvers, the Compass remained controllable without showing any alarming signs like toppling.

Over to the other video, which used the much bigger and heavier Grand Cherokee, the differences can be clearly seen. The vehicle control was not as precise as it had been on the Compass, and the highest speed achieved while running around the cones was 71 kmph.

Due to the heaviness, there was much body roll as well as driver found it difficult to change directions. The Jeep Grand Cherokee remained on its feet courtesy of the ESP. The big SUV acts as an example for maintaining control with the electronic aids, amidst its heavy structure and difficulty in maneuvering.