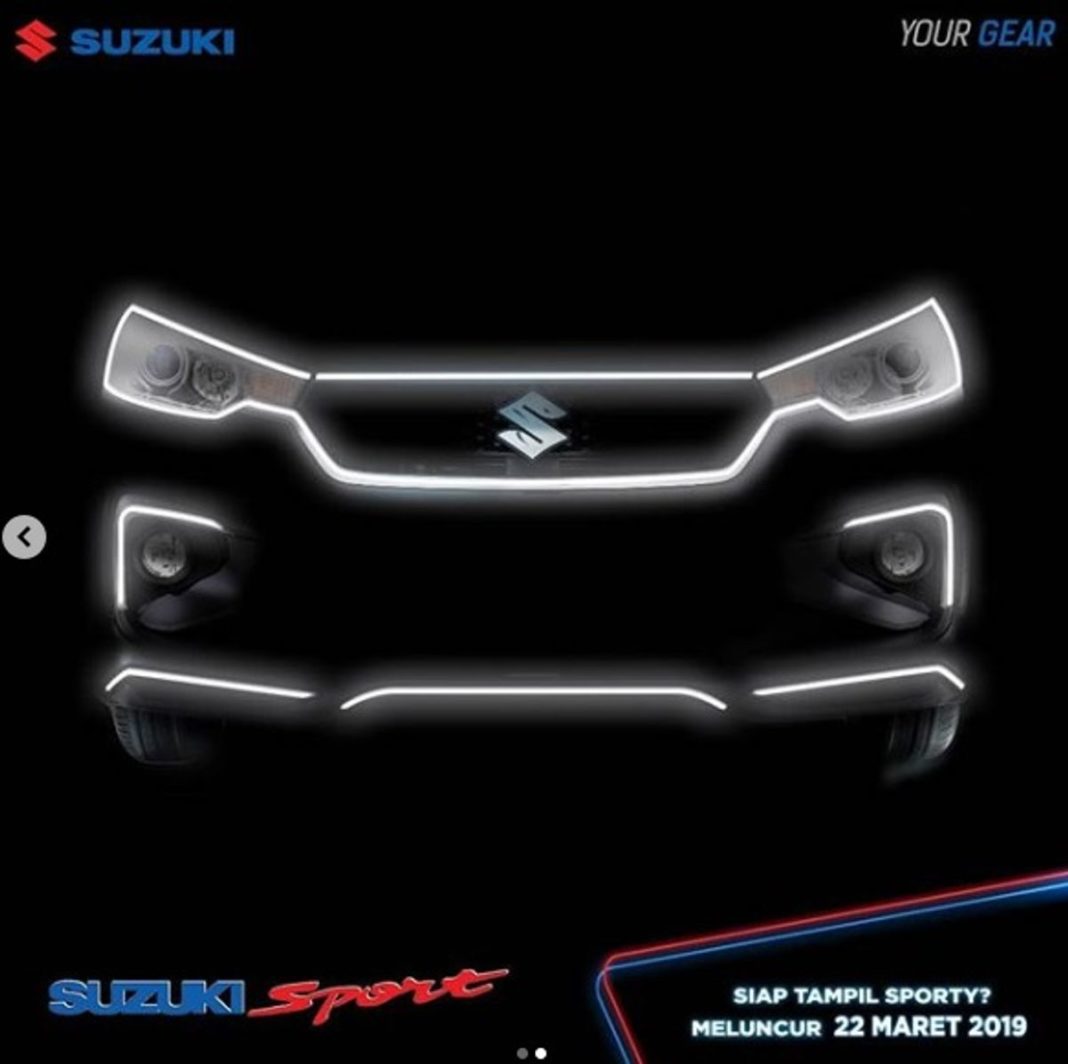 Suzuki officially released a new teaser of the Ertiga GT, which is going to be introduced in the Indonesian market on March 23. The Ertiga GT is the production version of the Sport Concept showcased at the 2018 GIIAS. The company has made some exterior changes to make the MPV look sportier and aggressive than the regular model.

The front gets new black-finished grille with Suzuki logo in the middle and the lower part of the front bumper gets a new design. Suzuki has given new body kit at the front, side and rear which has red accents to increase the sporty appeal. The Ertiga GT gets black finished alloy wheels, which is similar to the one available on the India-spec model.

The new variant could be offered in black colour along with red accents. The interior is likely to be carried over from the regular model but the company might make some changes like dark theme instead of the beige colours, which will give a sporty feel along with aluminium pedals, leather seats and more. 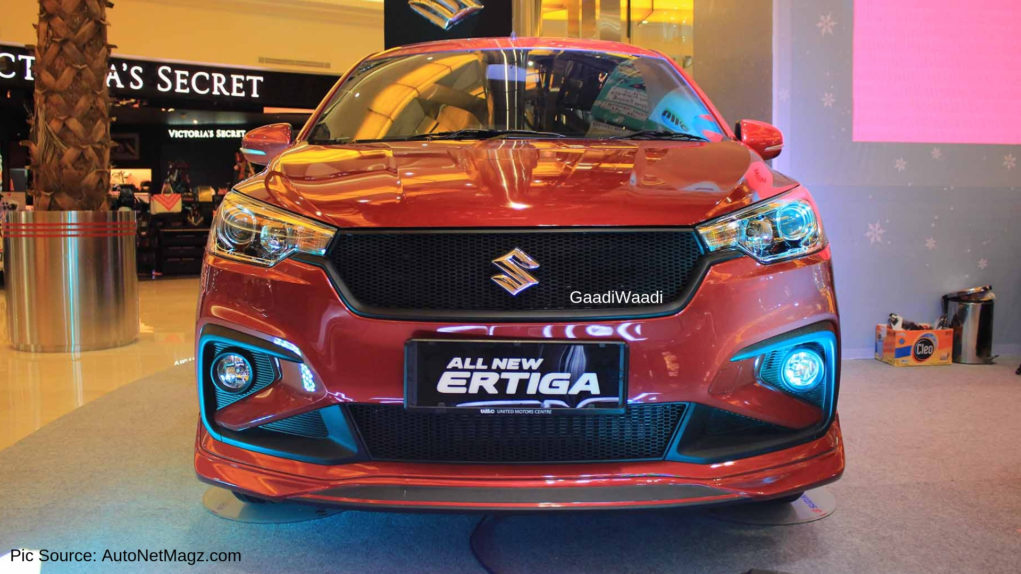 The engineers might make some changes for the suspension to make it handlebar, which might sacrifice ride quality. The Ertiga GT will be powered by a new 1.5 L petrol engine producing 105 PS of power and 138 Nm of torque. This engine will be mated to either 5-speed manual or 4-speed auto with SHVS system to improve efficiency.

The sportier version of Ertiga is likely to be priced at a small premium over the regular model. We are not sure whether the company will bring it in the Indian market or not. Maruti Suzuki is planning to launch the 6-seater version of Ertiga in India and it is expected to be sold through the Nexa premium dealerships.