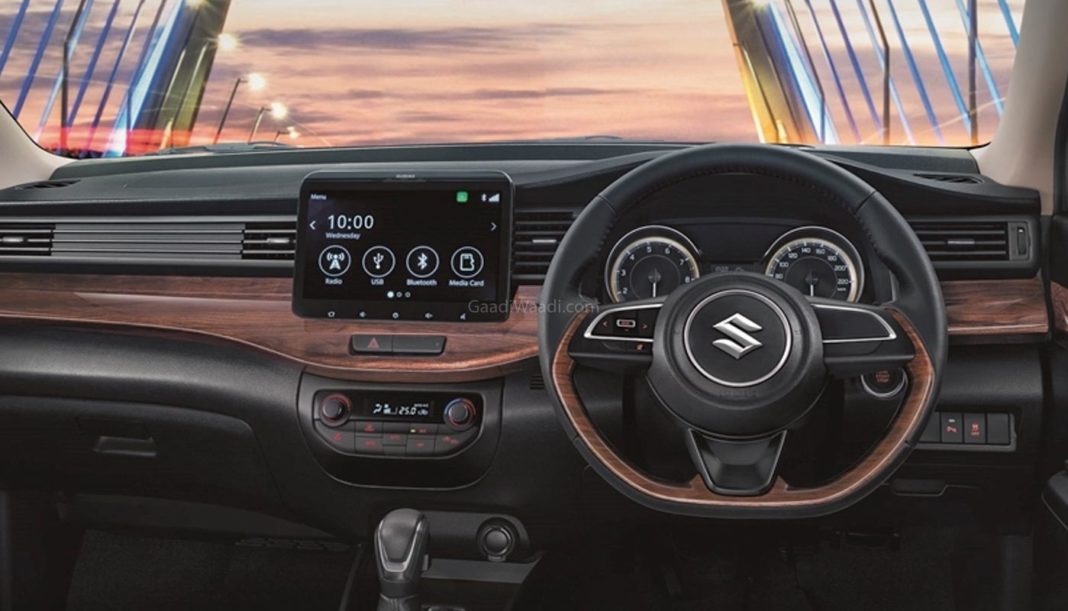 In the Thai market, Suzuki has updated the Ertiga with a bigger ten-inch touchscreen infotainment system as opposed to the seven-inch SmartPlay touchscreen found in the Indian market. It is compatible with Apple CarPlay, Android Auto, Bluetooth, USB, and Aux connectivity. Additionally, the Ertiga has gained a set of new two-tone wheels and Burgundy Red paint scheme.

These updates bring a more premium appeal to the seven-seater MPV and the touchscreen appears to have better display from the pictures. We do hope to see these updates on the Ertiga sold domestically in the near future. In Thailand, the Ertiga is sold in two trims and they are priced at THB 6,59,000 (Rs. 15.20 lakh) for the GL and THB 7,25,000 (Rs. 16.73 lakh) for the GX model.

It must be noted that Suzuki’s Thai division sells the Ertiga after being imported from Indonesia. It derives power from a 1.5-litre K15B four-cylinder naturally-aspirated petrol engine, which is good enough to generate a maximum power output of 105 PS at 6,000 rpm and 138 Nm of peak torque delivered at 4,400 rpm. It is paired with a four-speed automatic transmission only as standard. 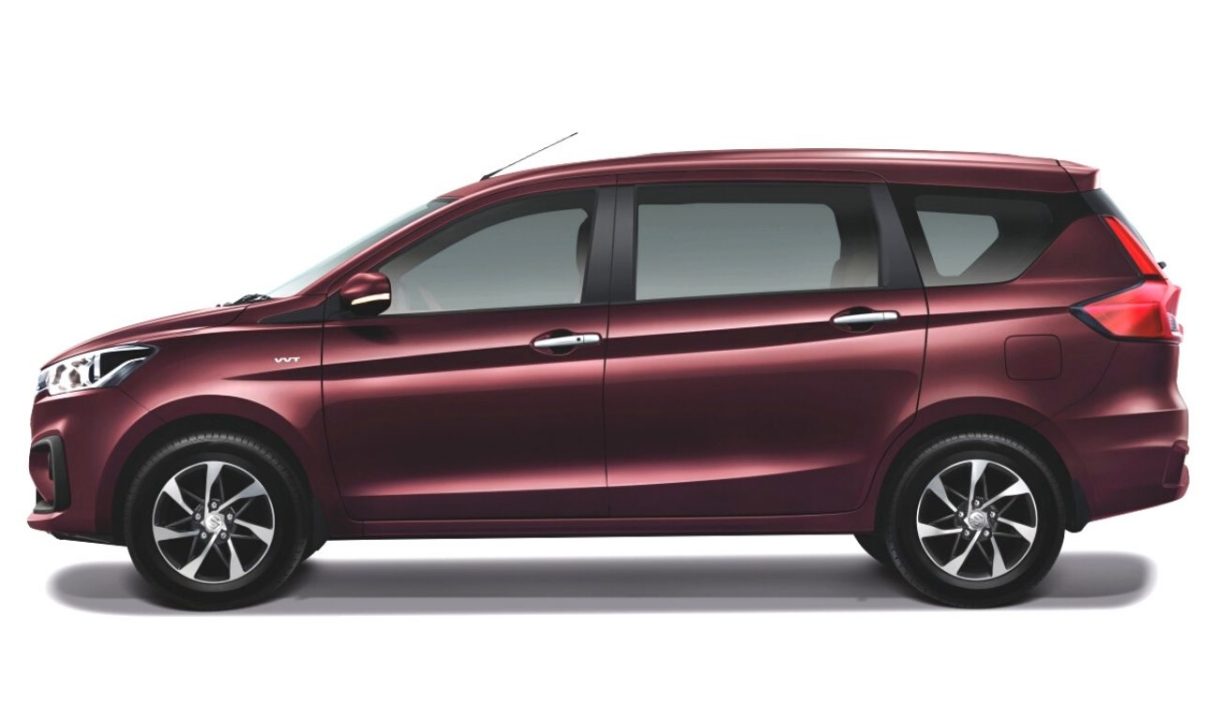 In India, however, the Ertiga’s petrol engine has SHVS mild-hybrid technology incorporated and is already BSVI compliant. The gasoline mill is offered with a five-speed manual transmission as standard or a four-speed torque converter automatic unit as an option. It is currently priced between Rs. 7.59 lakh for the base variant and Rs. 10.13 lakh for the range-topper (ex-showroom).

The second generation Ertiga entered India back in late 2018 and it has definitely built on the success of its predecessor. The MPV had been a consistent seller for Maruti Suzuki even last year when the sales crisis hit the market so hardly. 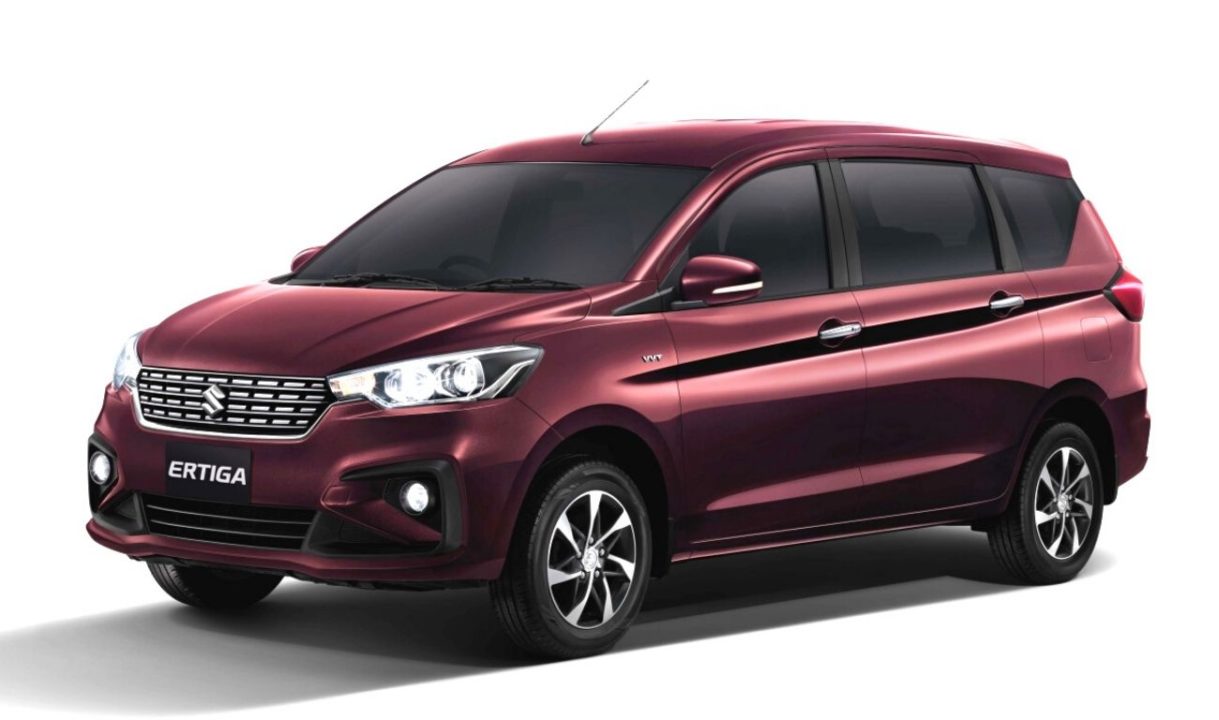 The XL6, more premium variant of the Ertiga, came into the fore with frontal changes and a middle row captain seating arrangement and is doing a decent job in sales as well. We do expect the aforementioned new features seen in Thailand to be added to the India lineup as well in the near future.