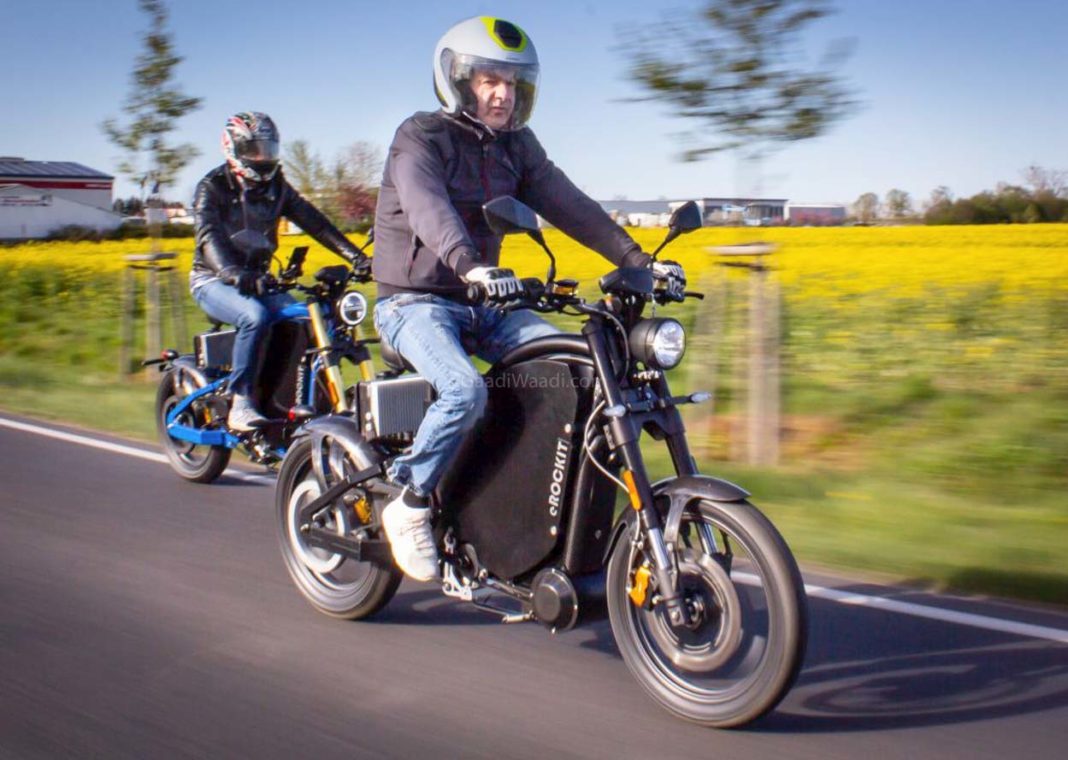 Kicking the eROCKIT’s pedals can take the bike over the speeds of 80 kmph, while it gets a total riding range of 120 km on a single charge

While it could easily be mistaken for a bicycle, but the eROCKIT is actually an electric motorcycle that is trying to bring a revolution to the electric mobility industry with its very unique drive system. The eROCKIT’s main selling point is that it is easy to operate as a bicycle, since all you have to is pedal it. However, its makers claim that it offers the performance of a motorcycle.

A few kicks to the pedals of the eROCKIT can take it up to the speeds of over 80 kmph, and it is claimed to have a pretty impressive range of 120 km on a single charge from its 6.6 kWh battery pack, which seems good enough for city rides

Talking about the motorcycle, its pedals are not attached to the rear wheel with the help of the chain setup you see on a regular bicycle. Instead, the pedals power a generator that measures the manpower that goes into it (as it doesn’t have the accelerator) and uses paddle speed to regulate how much motor power is required for the rear wheel. It comes with a 16 kW electric motor, which seems pretty adequate considering the fact that the bike weighs just 120 kg.

The company that is developing and producing the motorcycle is called eROCKIT Systems GmbH, and is based in Germany. The vehicle has 3 different driving modes, namely Eco, Normal and Sport, which limits the power output and help to save energy. The battery pack can be charged with the help of a regular 110 – 230 V socket.

The eROCKIT is licensed as a light motorcycle in Europe under the L3e vehicle class for road traffic, and hence, a driving license of European class A1 is required to ride the electric motorcycle. The eROCKIT comes with a price tag of € 11,850, which converts to about Rs 9.88 lakh in Indian currency, which to be honest seems too much for a pedal-powered motorcycle.