The Scrambler 1100 Pro and 1100 Sport Pro made their global debuts in January this year, and the said bikes have joined the Italian motorcycle manufacturer’s Indian line-up as the second and third bikes that comply with the BS6 emission norms respectively. The first BS6 Ducati bike was the Panigale V2, which was launched in the country recently.

In terms of design, the Scrambler 1100 Pro features a retro-looking black metal X on the round headlamp. The headlamp gets a ring LED daytime running lamp. As compared to the standard Scrambler 1100, Pro variant gets a two-tone “Ocean Drive” colour scheme with a new livery, a restyled registration plate holder as well as twin side-mounted exhausts. 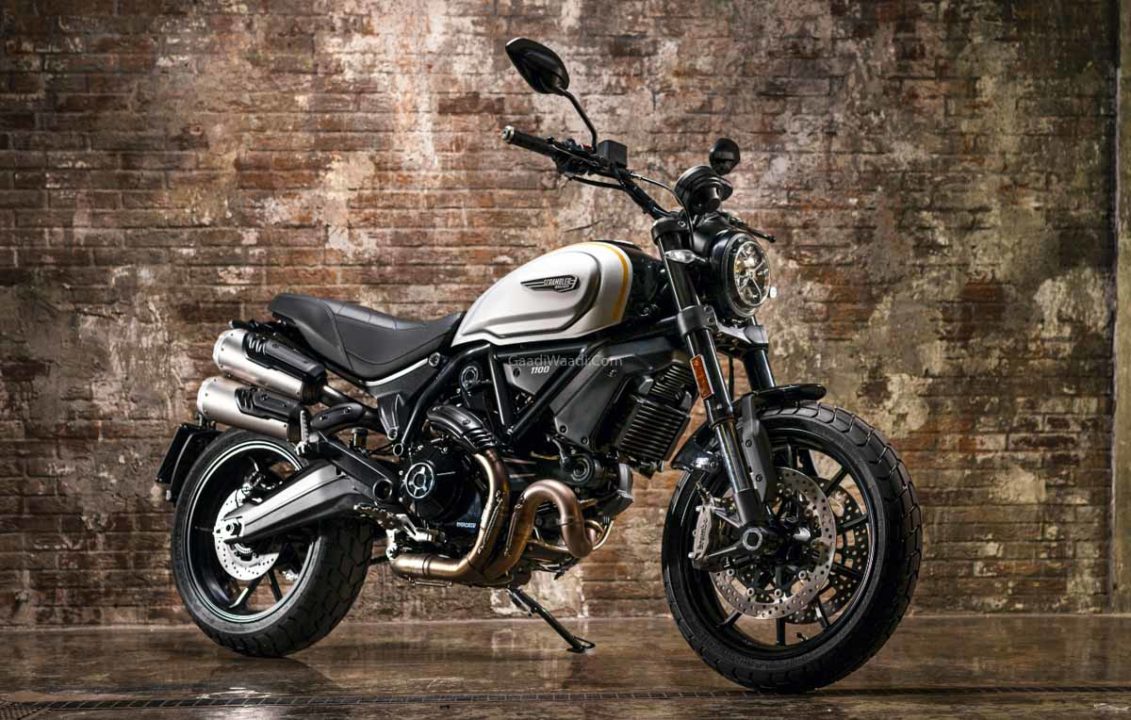 On the other hand, the Sport Pro version gets low-slung handlebars with bar-end rear-view mirrors, which make it look like a cafe racer. The round headlamp with the X-shaped motif, the teardrop-shaped fuel tank, the short saddle, as well as the exposed mechanical parts are all similar to the aforementioned 1100 Pro.

Both the bikes draw power from a 1,079 cc, air-cooled, L-twin engine that belts out 84.7 PS of maximum power at 7,250 rpm, along with 90.5 Nm of peak torque at 4,750 rpm. The engine comes mated to a 6-speed gearbox with a slipper clutch. The Scrambler 1100 Pro and Sport Pro also get three different riding modes, namely Active, City and Journey.

Both the bikes come with 320 mm semi-floating discs at the front with radially mounted Brembo Monobloc M4.32 calipers, while the rear braking setup consists of a 245 mm disc. Bosch Cornering ABS is a standard equipment.