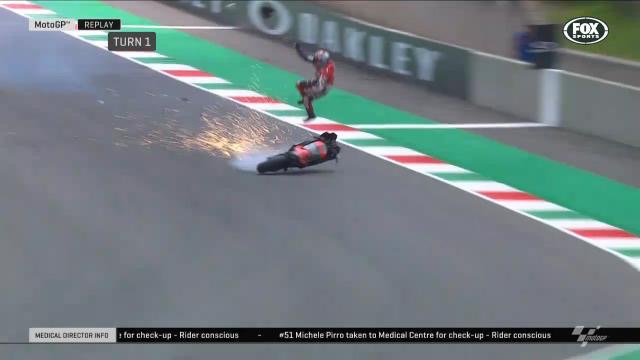 Michele Pirro, Ducati’s wildcard for home Grand Prix at Mugello, is also the outfit’s test rider making regular presence. He endured a horrid crash while running second in the second free practice session for the Italian race just 20 minutes into the session yesterday.

MotoGP riders crashing at tight corners or high speed chicanes is not something new and in fact you could see it every race weekend. However, having a dramatic incident on the straights is strange unless they are fighting wheel-to-wheel with rivals for track position. 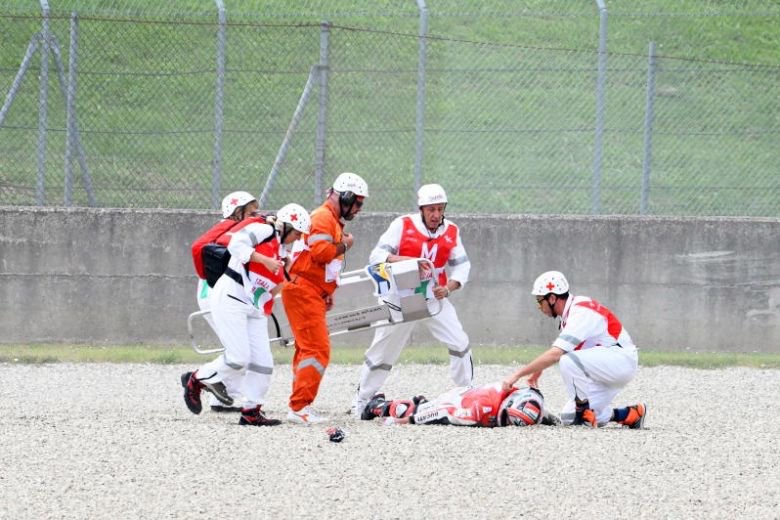 The crash occurred as soon as Pirro braked onto the first corner at the end of the over one kilometre long main straight. The impact was so much that the Ducati’s rear tyre was thrown off the tarmac upwards.

Resultantly, the Italian was thrown off the bike and into the air. The experienced rider ended up in gravel trap several yards past the place of impact and lost consciousness. He was given attention at the gravel by medical personnel. 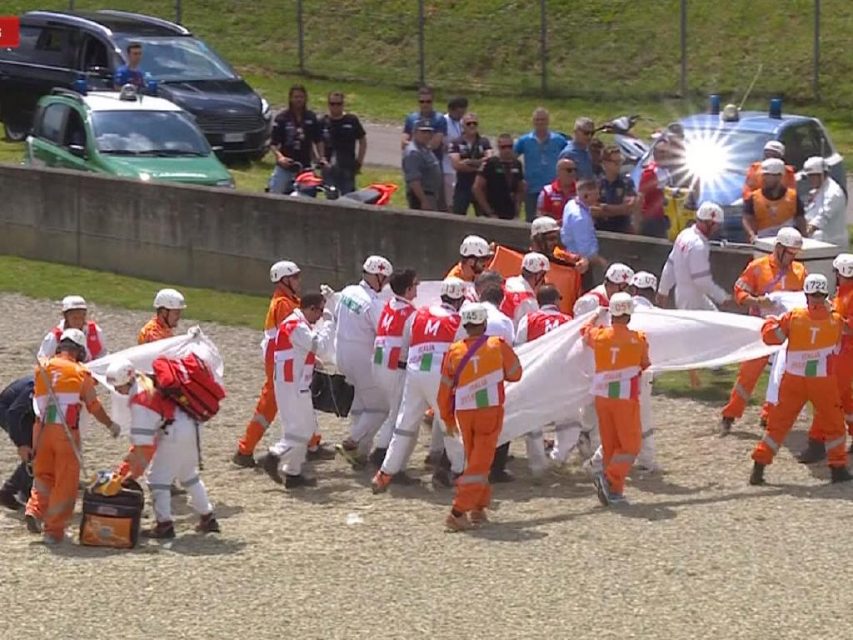 The session was red flagged with Pirro taken to the circuit medical centre for initial precautionary checkups and just a while later he was announced to have regained consciousness much to the relief of fans and MotoGP paddock.

He was then air lifted to a nearby hospital in the City Of Florence for more checks that include CT scan. Ducati’s sporting director Paolo Ciabatti said that Michele Pirro was awake but couldn’t recall the near fatal crash at close to 350 kmph.