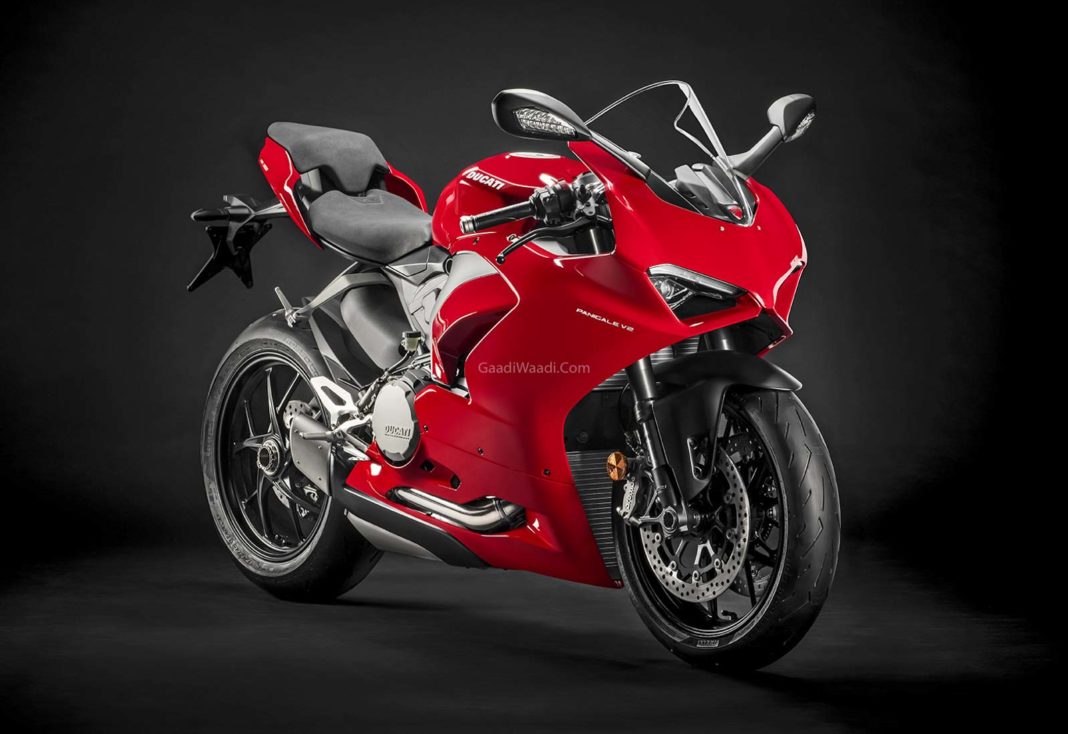 Ducati Panigale V2 will be the first motorcycle by the Italian manufacturer to be launched with a BS6-compliant motor, and the launch is expected to happen soon

Italian superbike maker Ducati has started taking bookings for the upcoming Panigale V2 motorcycle in the Indian market. The booking can be made for a token amount of Rs 1 lakh across dealerships in Delhi NCR, Mumbai, Pune, Ahmedabad, Hyderabad, Bengaluru, Kochi, Kolkata, as well as Chennai.

Ducati India has confirmed that the deliveries for the Panigale V2 will begin shortly after the launch, and it will be made available on display across all the dealerships in the aforementioned cities. Test rides for the new bike will also begin soon after the launch. Ducati has said that the new Panigale V2 will primarily attract “enthusiasts who’re looking to step into the world of riding on the racetrack and also to more experienced riders.”

Talking about the motorcycle, the Panigale V2 replaces the 959 Panigale in the Indian market, however, the two share a lot of things in between them, including the monocoque frame. 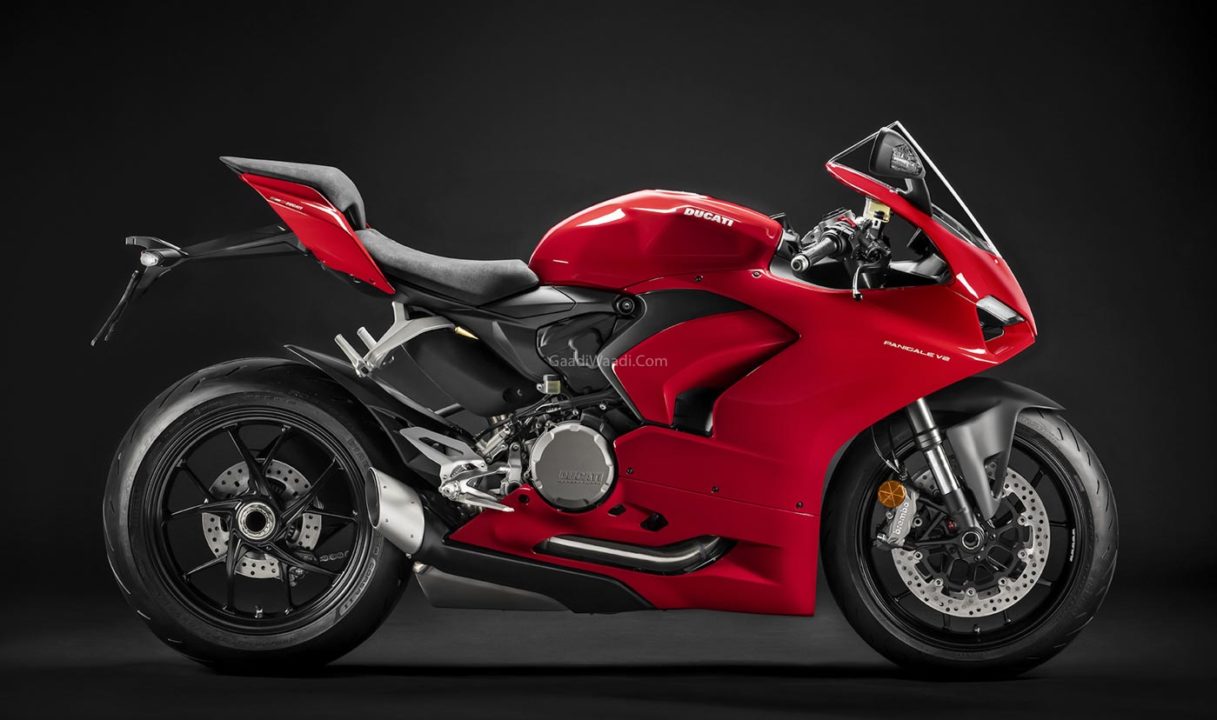 However, the subframe is all-new, which helps accommodate the raised tail section. Apart from that, the suspension duties continue to be taken care of by a 43 mm Showa big-piston front fork, while the Sachs monoshock setup at the rear has a 2 mm longer shock.

Powering the motorcycle will be a BS6-compliant 955 cc Superquadro V-twin engine that belts out 155 hp of maximum power at 10,750 rpm along with 104 Nm of peak torque at 9,000 rpm. In comparison, the same engine on the 959 Panigale puts out 150 horsepower. The engine continues to be mated to a 6-speed gearbox with a bi-directional quickshifter as standard. 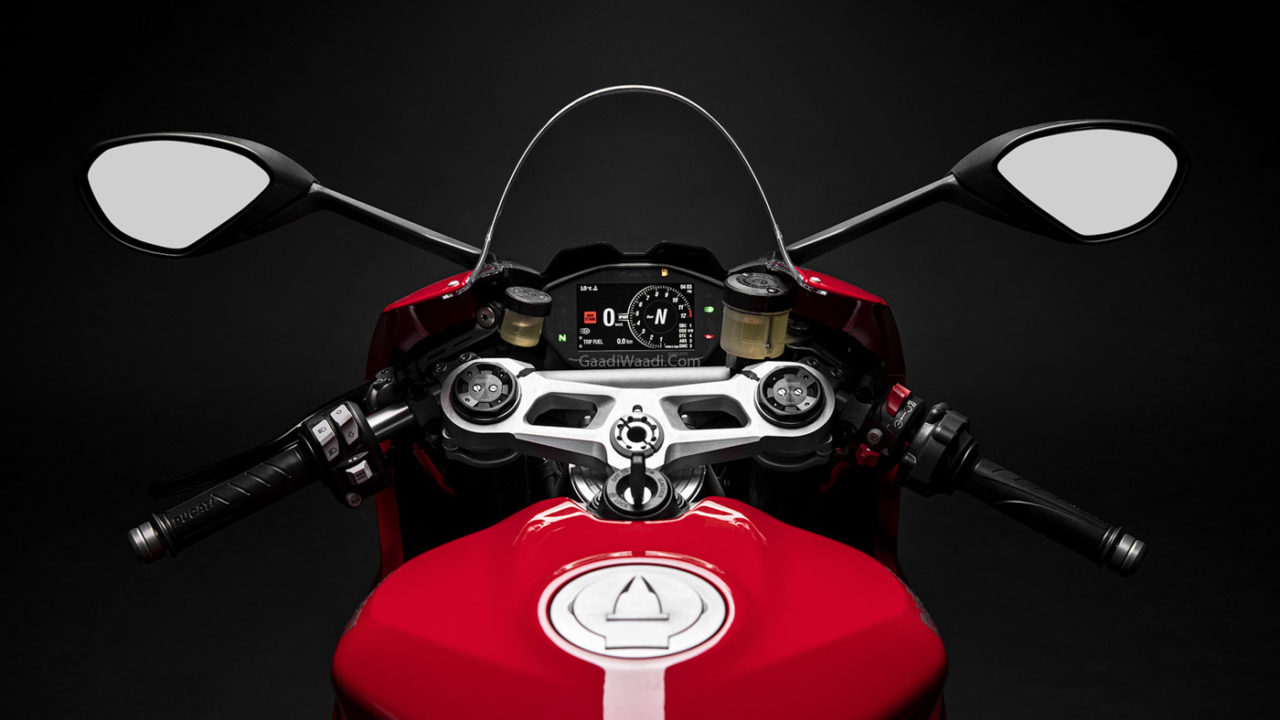 The Panigale V2 will come equipped with a host of electronic aids including cornering ABS, anti-wheelie and engine brake control. It will also get three ride modes, namely Race, Sport and Street. Ducati India retailed the Panigale 959 at a base price of Rs 15.30 lakh (ex-showroom, Mumbai). However, we expect the upcoming Panigale V2 to have a slightly higher price tag.