Ducati appears to be launching electric scooters first before zero-emission motorcycles; this conceptual rendering by Aritra Das gives some hint of a performance e-superbike

The gradual transformation towards electric mobility is not just making a huge impact in the car industry but two-wheelers as well. Bike makers up and down the different price range are working towards zero-emission motorcycles and Ducati won’t be taken out of the equation. In January 2019, Ducati CEO Claudio Domenicali, stated in an event where students build and test racing motorcycle prototypes at the Aragon track in Spain that the brand’s future is definitely electric.

He went on to say that the Italian company is not far away from beginning series production of electric bikes as electrification of the existing lineup is highly possible. Rumours of Ducati going electric have been around for more than two years and Ducati Western Europe’s MD Edouard Lotthé revealed in 2017 of the preparations to launch an electric motorcycle and scooter by 2021.

Fresh reports indicate the arrival of Ducati-branded electric scooter first under a new partnership with Vmoto. The Chinese firm recently unveiled that Ducati has signed a licensing deal that would lead to the premium versions of the CUx e-scooter being developed under Ducati badge. The scooter will be retailed and distributed using Vmoto’s chain of network with market duties handled by Ducati.

Ducati could be partnering Energica a fairly well-known company specialises in battery-powered motorcycles and is the official supplier of Energica Ego Corsa supersport bikes to the MotoE World Cup. An aspiring design artist named Aritra Das has come up with a set of digital rendering of Ducati’s high-performance electric motorcycle based on the Panigale series.

Dubbed the Elettrico, the Ducati electric superbike has an exposed rear and its brand name is stickered on the fairing. The split headlamp unit is sleeker and the wind blast protector is narrower than in the stock Panigale. The rear is completely redesigned while the fairing will presumably pack a high capacity battery availing nerve crunching numbers and good electric range on a single charge. 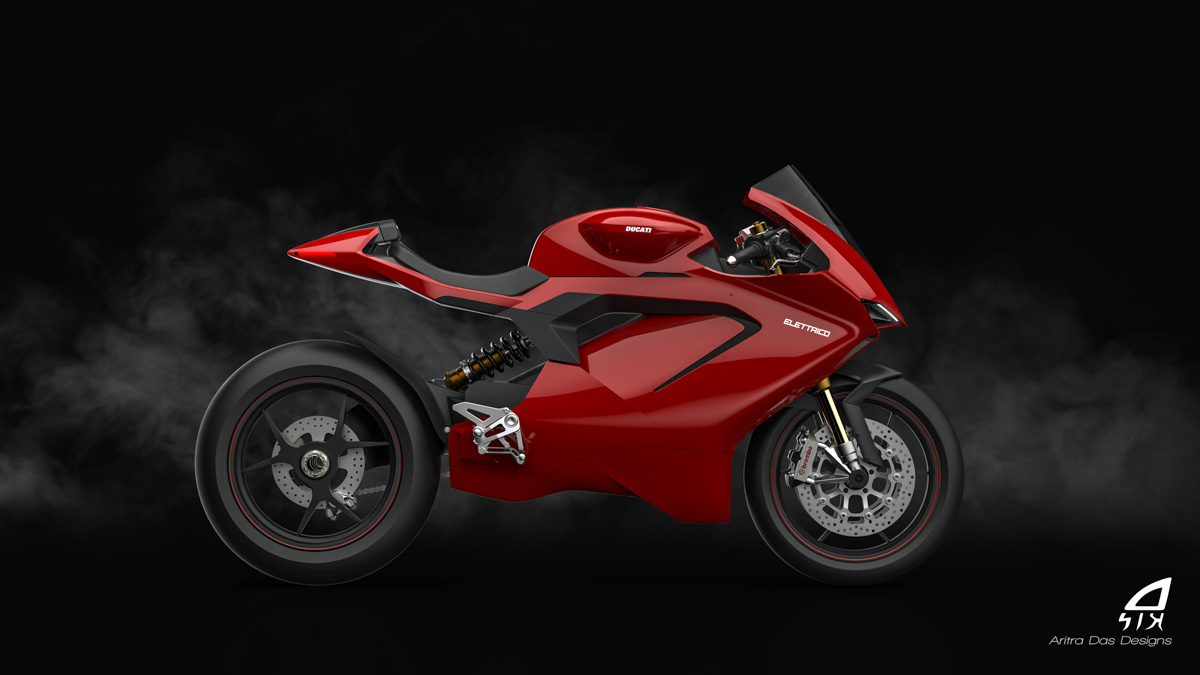 Harley-Davidson has already announced its aggressive expansion plans which involve developing and selling low capacity motorcycles in developed markets including India and the ones based on electric powertrain under LiveWire range.