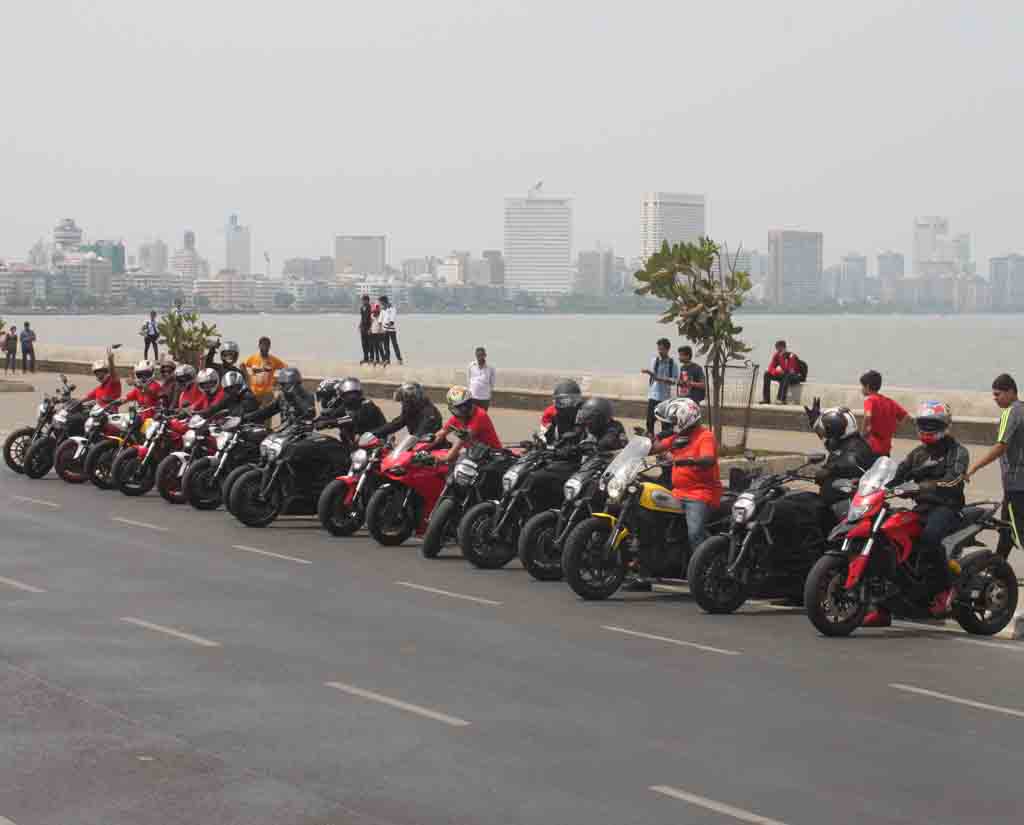 Italian superbike manufacturer Ducati rolled out its first Desmo Owners Club in Mumbai, which is the first such owners club in India as well. The Desmo stands for the two wheeler maker’s Desmodromic valve control. This was the first official ride of the Desmo Owners Club in Mumbai organized by the exotic bike maker. The ride started from the Ducati dealership in Bandra and rode through the city before ending at Hard Rock Café at Lower Parel in Mumbai.

Taking about Ducati India’s first Desmo Owners Club’s first official ride, Ducati India’s managing director Ravi Avalur explained how the club intends to give the Ducati owners a platform to share their views and bond with each other. He also said that the club welcomes owners of other brands as well, who are passionate about Ducati. He also believes the Ducati’s popularity has been growing rapidly in the country. Factually, in Indian two wheeler market the demand for high end motorcycles has been rising in recent times, which several two wheeler makers see as a huge growth potential.

Mumbai Desmo Owners Club’s president Dr Ashutosh Palep seemed very excited about their club’s first official ride and for being the first Desmo Owners Club in the country. He also said how the members of the club have been looking forward to ride in and around Mumbai.

The Desmo Owners Club or DOC in short is known as one of the leading and largest official motorcycle owner’s community around the world. All over the globe, there are more than 200 official DOC clubs and they have around 23,000 registered members. The Mumbai DOC is the 25th DOC of Asia. In Asia, Ducati’s popularity is rising in several emerging markets. Now the Ducati is planning to form the Desmo Owners Club in other large cities like Bangalore, Delhi and Pune as well, where there is a large fan base of Ducati.