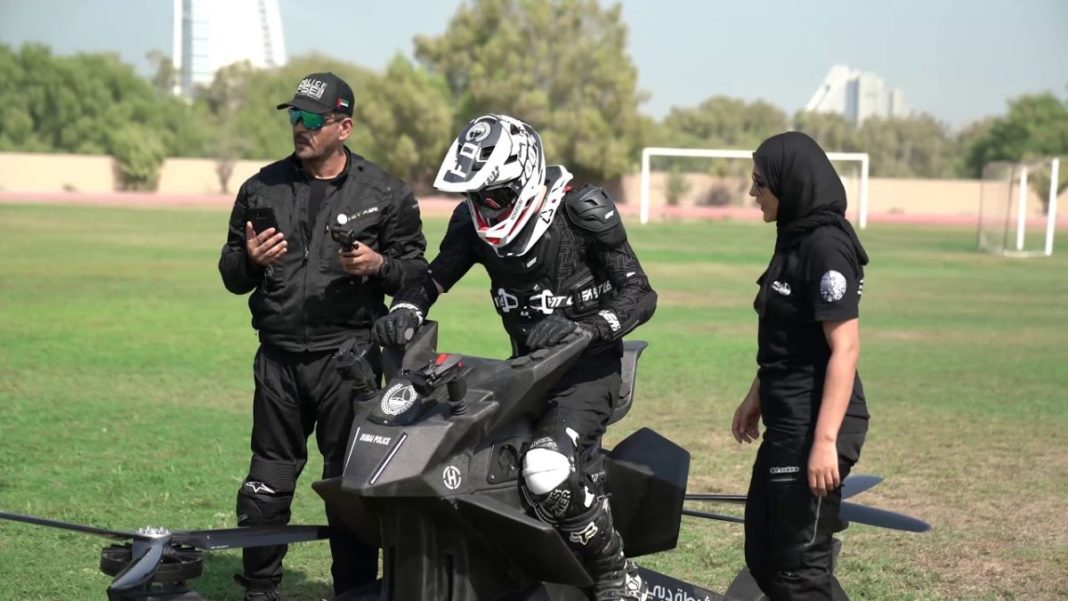 Dubai police has started training for using flying bikes for patrolling Dubai, expected to be introduced by 2020

It has come to be known that the Dubai police, which is famous for using some really flashy cars for patrolling purpose, has started training for usage of flying bikes. These futuristic vehicles are expected to be introduced by 2020, as revealed by the Dubai Media Office on Friday.

This futuristic step has been confirmed by Brigadier Khalid Nasser Al Razooqi, the director of the Artificial Intelligence Department at Dubai Police. He said that the flying bikes, which are actually miniature hovercrafts, will be used by the patrolling officers to monitor and enforce law and order. The Dubai Police has already taken the delivery of its first flying bike, an S3 2019 Hoverbike that has been put into use for the training of the policemen.

“We have two crews already training to use the hoverbike and we will increase the number. The vehicle will be used by 2020 in first-responder roles because of its ability to access hard-to-reach locations” said Brigadier Al Razooqi.

“It works on electricity and can fly at five metres height and carry a policeman during emergency situations and heavy traffic. The bike can also fly without a passenger and can go up to 96km/h. It can fly for 25 minutes with a pilot and for 40 minutes when controlled by an operator,” he added.

The flying bike for patrolling purposes was first showcased as a part of the futuristic technology display by Dubai Police at the Gitex Technology Week 2018.

Joseph Segura-Conn, Chief Operating Officer, Hoversurf has said that the Dubai police force enjoys the right to order as many units as they require “They’re going to let us know in the next month or two if they’d like any more. If they would like 30 or 40, we’ll make it happen for them.” So, with this, cops on flying bikes looks all set to become a common sight in Dubai.