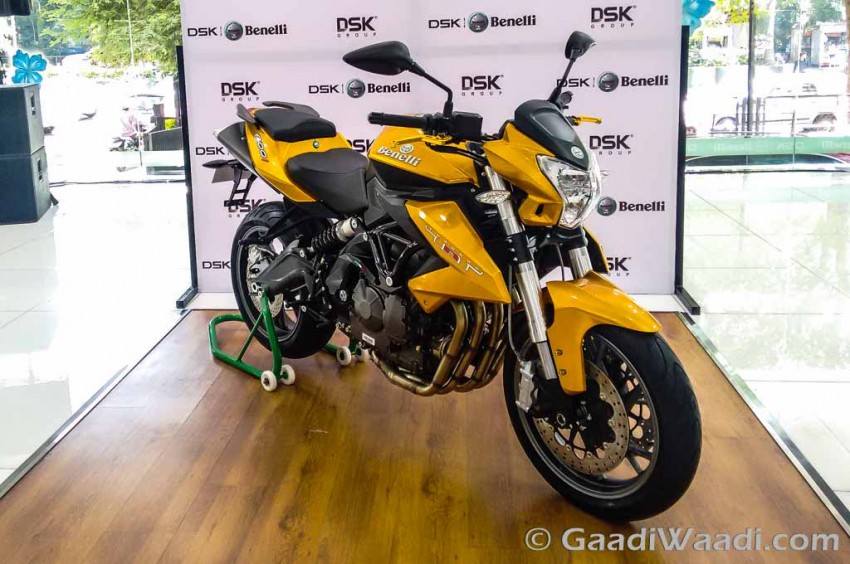 Benelli TNT 600i ABS launched, 700 units of the standard version was already sold in India

Benelli TNT 600i ABS launched in India which delivers better safety alongside the uncompromised performance. The muscular Italian bike has already stirred sensation among Indian bikers and bike lovers with its extreme performer soul. In India DSK Benelli has already sold more than 700 units of the bike. Now with the ABS, the bike is expected to become more popular and could bring some good numbers for the Benelli sales.

DSK Motowheels has announced the bike will be available at a price tag of Rs. 5.73 lakh (ex showroom, Delhi), and it will be available in all the 16 DSK Benelli showrooms across the country including cities like Pune, Mumbai, Thane, Goa, Ahmedabad, Surat, Bengaluru, Chennai, Hyderabad, Kochi, Coimbatore, Delhi, Chandigarh, Jaipur, Indore and Kolkata. Power source for the bike is a 600cc liquid cooled DOHC in line four cylinder engine, which is paired with a 6 speed transmission and churns out 85.07 bhp of peak power at 11500 rpm and 52 Nm of peak torque. As the quality is the prime concern of Benelli, the TNT 600i also comes with pristine handling quality and well balanced stability at 208 kg of weight.

The suspension duty in the Benelli TNT 600i is done by upside down forks at the front and at the rear the bike gets side mounted monoshock, while on the braking front the bike sports dual discs at the front wheel and a single disc at the rear wheel. The bike runs on Pirelli tyres which delivers superior quality grip on corners and stretches. Competitor against the bike is the Triumph Street Triple which is powered by a 675 cc engine. Design wise the TNT 600i is aggressive and appealing with its naked stance. The bike sports sharp detailing, which is a significant characteristic of every TNT bikes.