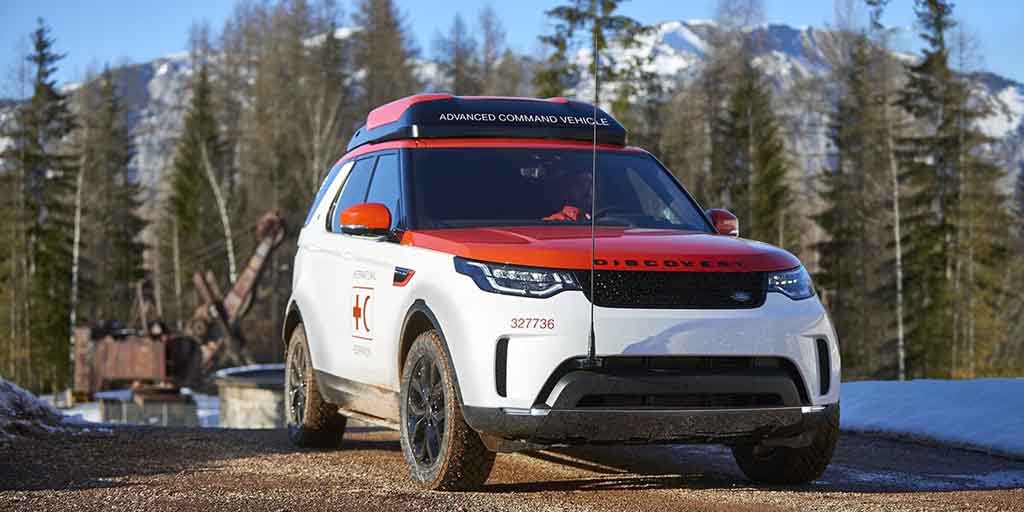 Land Rover has showcased an unique Discovery SUV at the ongoing Geneva Motor Show, which is built for the red Cross focusing search and rescue missions. The SUV has been jointly developed by Special Vehicle Operations division of the British marquee and Austrian Red Cross under the ‘Project Hero’ and it comes with capability to launch a drone.

The Land Rover Discovery rescue SUV comes with several technologies incorporated to help the search and rescue team. Apart from drone deploying capability, it comes with live video streaming system for occupants. The autonomous drone, which comes with the SUV can be launched and retrieved without stopping the car. 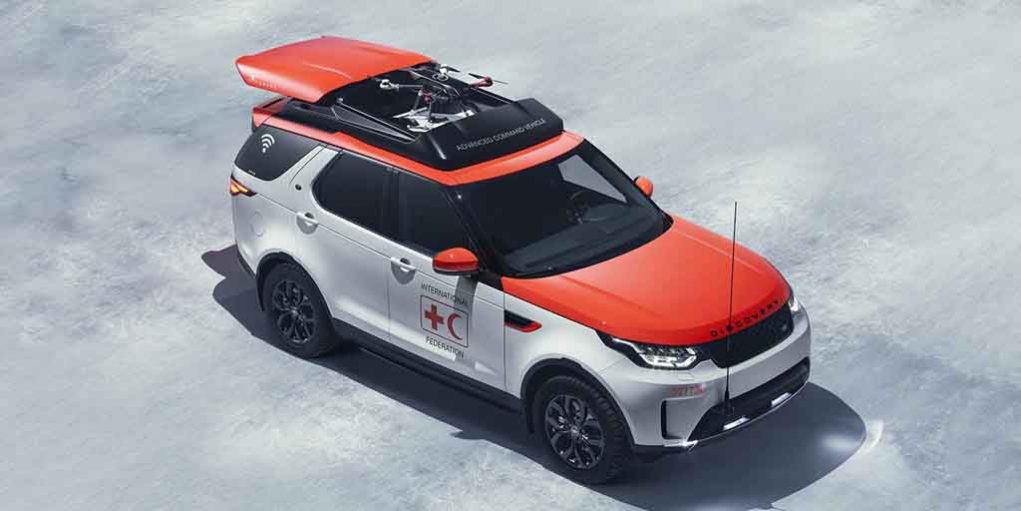 Now a days, drones are being used for various purposes and the Project Hero shows how it can be used to save lives in collaboration with Land Rover’s anywhere-to-go luxury SUV. The M480L Multicopter drone is positioned on the roof of the car in an enclosed orange painted platform, which comes with Magnetic Retention technology. While launching or retrieving the drone, the platform slides and makes a takeoff and landing pad.

Land Rover claims, that the magnetic Retention technology used in the particular model makes this car an unique one in the world of automobiles and drone technology as well. The drone can fly at a speed of 54 kmph and it comes with a flying time of 20 minutes. Also, it can transmit and receive data live from a distance of up to 1 km. The moment it starts flying, transmission goes live and the occupants inside the cabin of the Discovery can see the feed live. 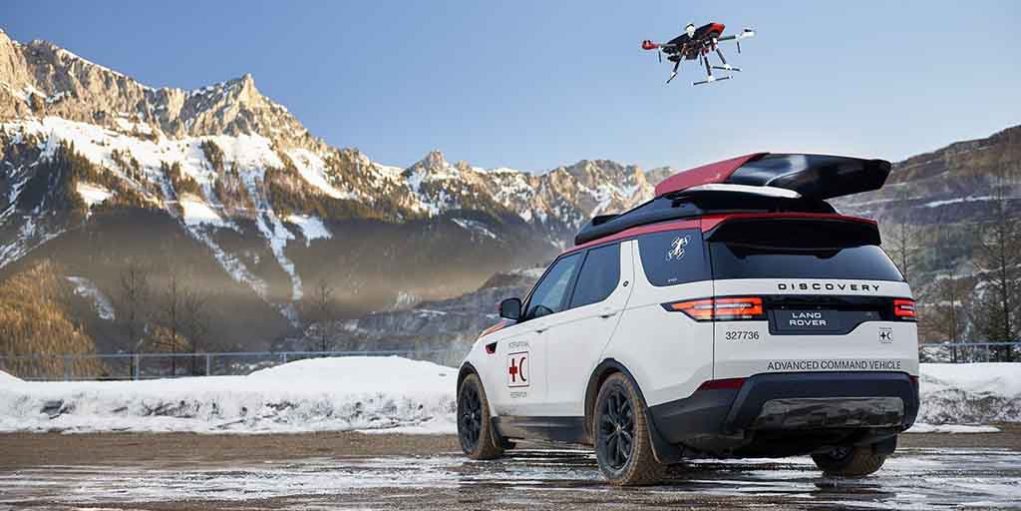 Painted in Orange and White, the SUV works as an advanced command vehicle and it comes sporting with several other necessary equipments for search and rescue mission. It gets LED lighting for night vision, additional power supply points. There is a sliding floor in the SUV that acts as an additional work surface when needed. The car gets power from a 3.0-litre TD6 engine and thanks to the AWD technology, it can run on any surface.

The collaboration between Land Rover and Red Cross goes long way back, for nearly 64 years. Land Rover vehicle’s capability of reaching any kind of terrain has made the SUVs from this brand a very practical vehicle for Red Cross. Now with such a cutting edge technology added to the Discovery, it is going to set a benchmark for sure.