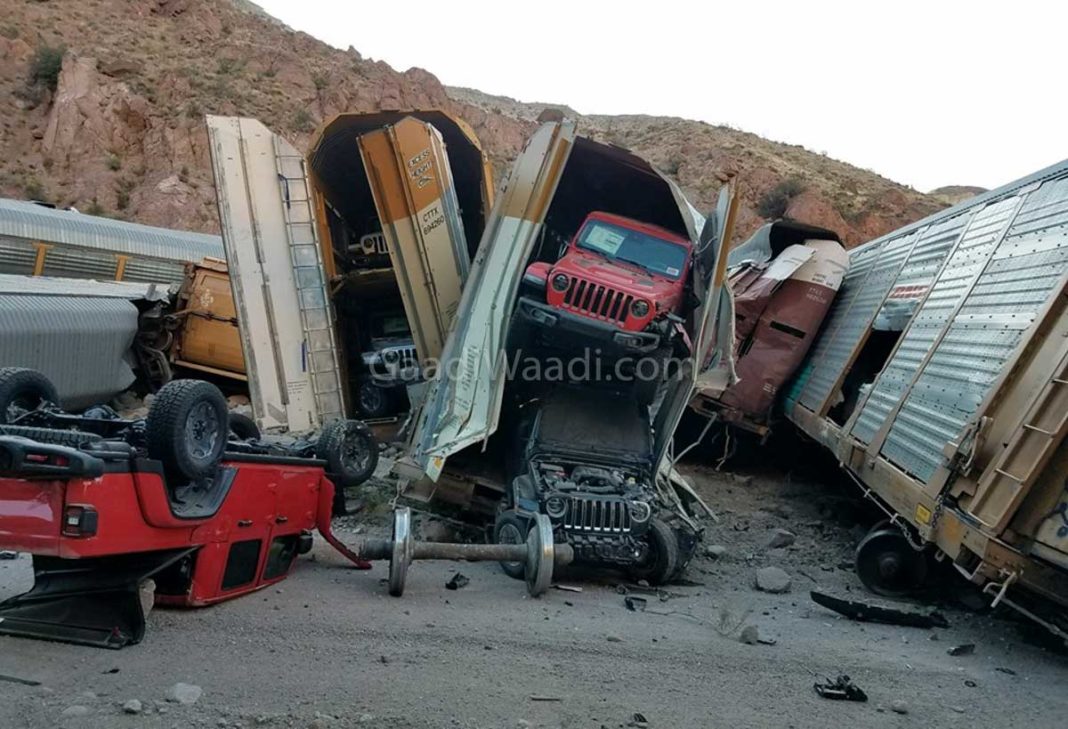 A train carrying a number of SUVs got derailed in Nevada, US resulting in dozens of Jeep vehicles getting totally destroyed

Unlike India, where the cars are transported on long-haul specially-made trucks or by driving them down to the respective locations, a lot of countries, especially the United States transport the cars using special goods transfer trains with a lot of coaches. A similar train has derailed near Caliente, Nevada in the US, destroying more than a dozen brand-new cars and pickup trucks.

At least 33 coaches of the train derailed at 9.00 AM on Wednesday, 10th July 2019 about 30 miles out of Utah-Nevada border, Lincoln Sheriff Kerry Lee confirmed. The train was carrying Jeep Gladiator pickup trucks and Jeep Rubicon SUVs, a dozen of which are totalled in the accident.

As per officer Lee, this was the most spectacular mess he has seen, with so many cars destroyed in a crash. The crash caused County road 4230 from Elgin, Nevada to Carp, Nevada to completely close until Thursday, according to the Lincoln County Sheriff’s Office. Not only this, the road will remain partially closed for the next 7-10 days because of the construction equipment, train coaches and debris blocking the road. Lee also said that the train was loaded with hazardous material apart from the cars but none of those coaches got derailed.

The hazmat coach (hazardous material) was just two coaches away from the derailed section of the train as per Lee. Had it been the case, it could have caused the serious environment and personnel problems. 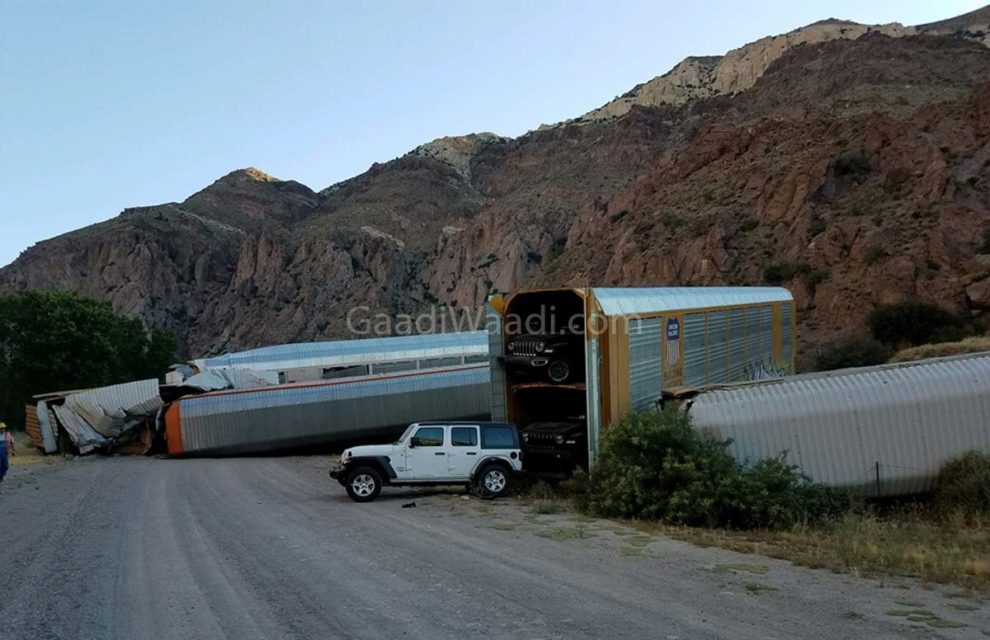 Lincoln County borders Utah and Arizona and ends just north of Mesquite, Nevada, on the south side. There’s no report on how the train got derailed and the Union Pacific is investigating the cause of the derailment.

In any case, we are sad on the damaged Jeep vehicles, both of which are incredibly competent in their respected segments.