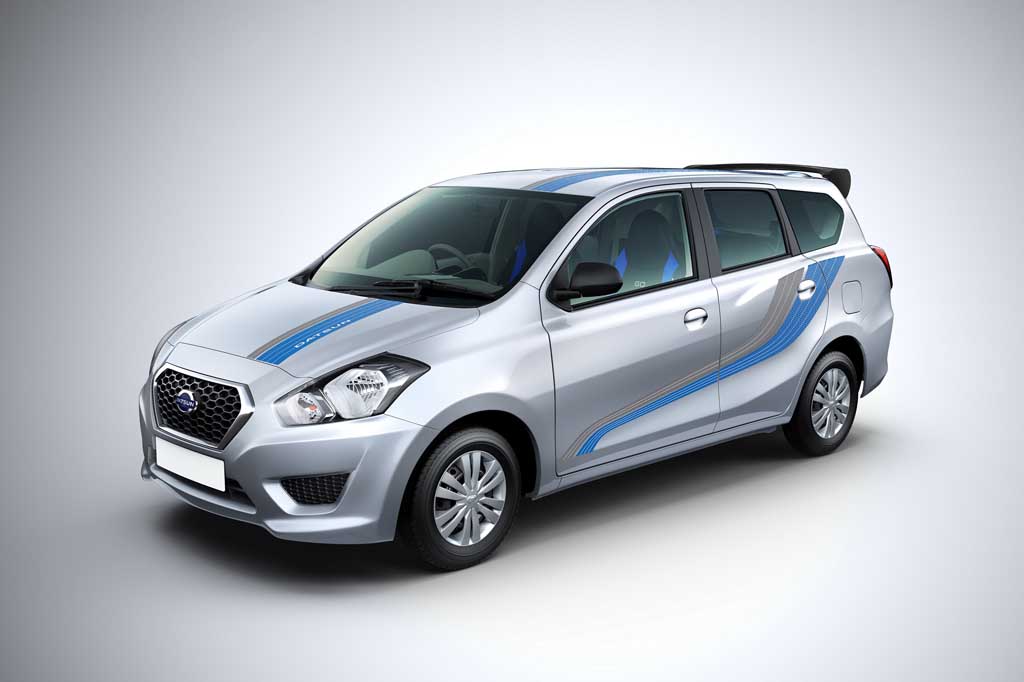 Datsun has launched the anniversary edition of Go hatchback and GO+ MPV in India to celebrate the Japanese brand’s 3rd anniversary in the country. The special edition cars come priced at Rs. 4.19 lakh and Rs. 4.9 lakh (ex-showroom, New Delhi) respectively for the Go and GO+. The special edition cars come wearing cosmetic updates only, as mechanically they remain identical.

Anniversary editions Both the Datsun Go and the Datsun GO+ come get special Blue and Grey body graphics on the hood, roof and at the side profile as well. Apart from the attractive body graphics, the cars also come with a special Anniversary Edition badge. At the rear profile, a sporty Black rear spoiler enhances the appeal of the cars and also makes them distinctive. 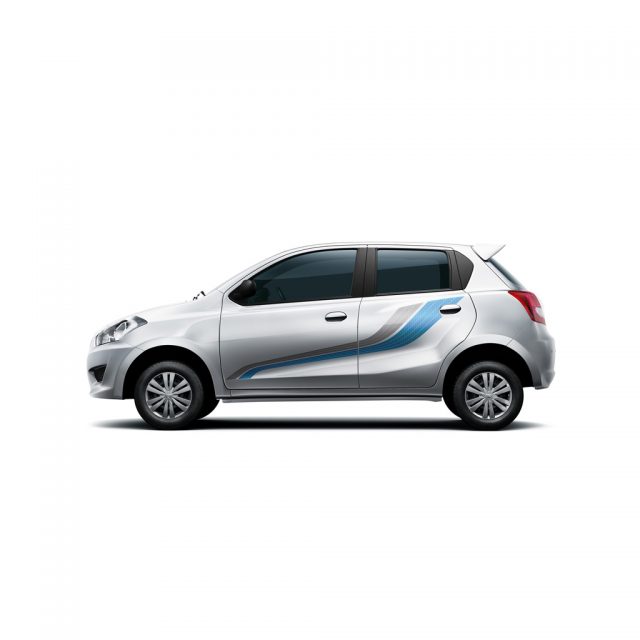 The anniversary editions of the cars appear with first-in-segment ambient lighting app for mobile phones, through which the owners can choose the mood lighting inside the cabin according to his or her choice. Apart from that, the instrument cluster, centre console, gear shifter housing and seats also come wearing Blue trims enhancing the style further. Additionally, they get anniversary floor mats, leather seats, keyless entry system, Bluetooth and USB connectivity and rear parking sensor.

Speaking about the launch of the anniversary edition Datsun Go and GO+, Mr. Arun Malhotra, managing director of Nissan Motor India Pvt. Ltd. has said, Datsun brand is winning more and more customers who seek accessible mobility. He also hopes that the brand will be able to lure more customers in near future with its new strategy. 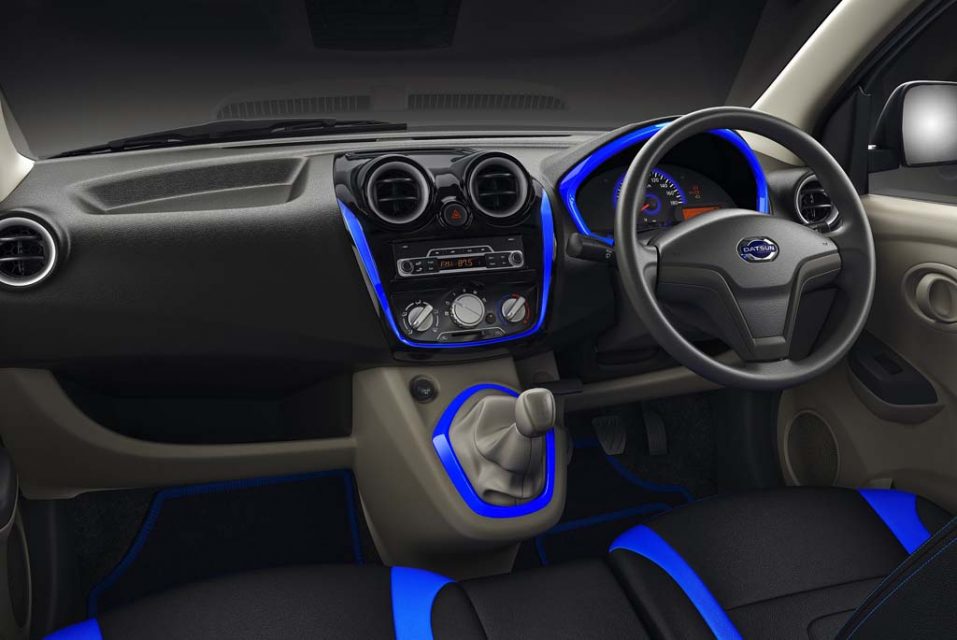 While Nissan plans to focus on premium cars, its subsidiary Datsun will focus on the mass market products with affordable pricing. To attract more customers, Datsun is preparing to introduce more stylish products in its portfolio with new and advanced technology. The budget car maker believes that, it will be able to boost the sales figure and improve the brand image with its new strategy.