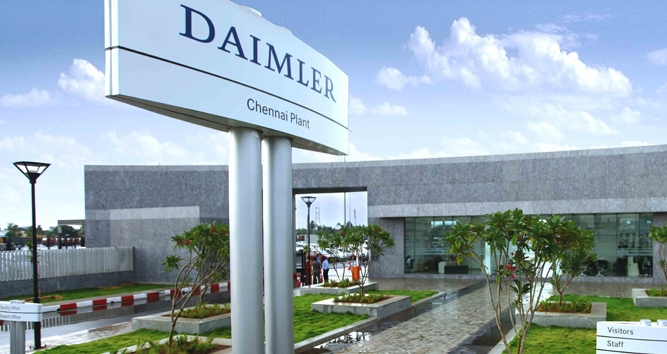 Daimler India Commercial Vehicles Pvt. Ltd. (DICV), a 100% wholly owned subsidiary of Daimler AG announced today that its entire range trucks right from 9 to 49 tonne trucks in its current portfolio will now be available in Bharat Stage IV emission variant across the country. Also, the new buses that are set for market launch in September 2015, those buses will be also offered in Bharat Stage IV variant for the school and staff applications in the front engined bus product range of the 9T variants

As soon as governmental emission regulations came in with concrete decision, DICV used the system called Bluetec. The technology is proven in Daimler Vehicles around many markets over a decade. Despite that, DICV has tested this technology in Indian operating conditions for over a million kilometers before offering to customers. Apart from meeting the stringent emission regulations by reducing toxic gas levels within the proposed Bharat Stage IV norms, the trucks and buses now, will also provide better fuel economy to customers, making it a double whammy.

Daimler says that they are ready with the entire range of trucks adhering to Bharat Stage IV norms to capture a larger market share. In India, pollution has been a rising concern and moving to Bharat Stage IV across the country was highly awaited. Daimler Buses said that with increasing number of cities are moving towards BS IV norms and with growing environmental concerns, they are ready and committed to meet whatever is necessary to meet the demand of government and customers to capture market share.