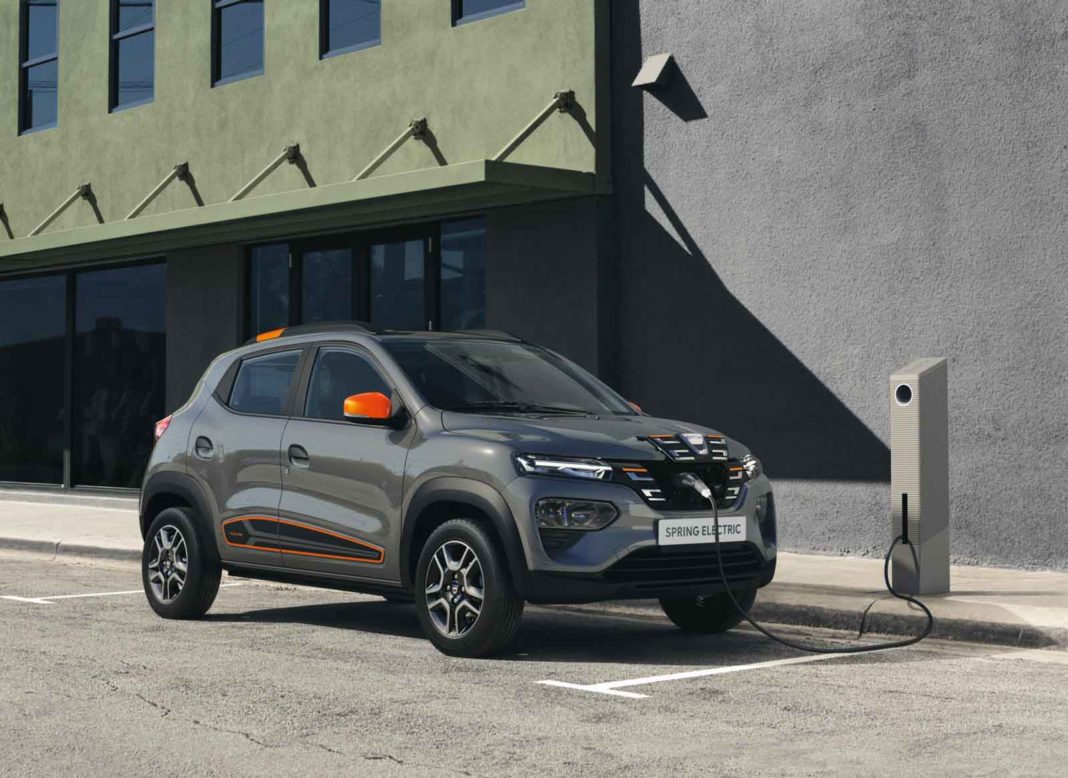 Dacia, the budget sub-brand of Renault, has revealed its first electric vehicle dubbed the Spring Electric. The production version of the Dacia Sprint Concept unveiled in early 2020 made its debut at the Renault eWays event. The most affordable EV in Europe is said to have an “unbeatable” price tag but the Romanian manufacturer has not officially shown the numbers.

In short, the Dacia Spring Electric is an upgraded version of the Renault City K-ZE EV retailed in the Chinese market and thus its overall resemblance with the Kwid is apparent. It measures 3,734 mm in length, 1,770 mm in width and stands 1,516 mm tall with a wheelbase length of 2,423 mm. In comparison to Renault’s European range, the Spring Electric has dimensions closer to the Twingo hatchback.

In a similar fashion to the Renault City K-ZE, the Dacia Spring Electric comes equipped with a Li-ion battery pack capable of 26.8 kWh. The electricity is fed to an electric motor that can generate 44 horsepower and 125 Nm. It is no secret that the Spring zero-emission vehicle has been pitched as an urban transporter more than anything else. 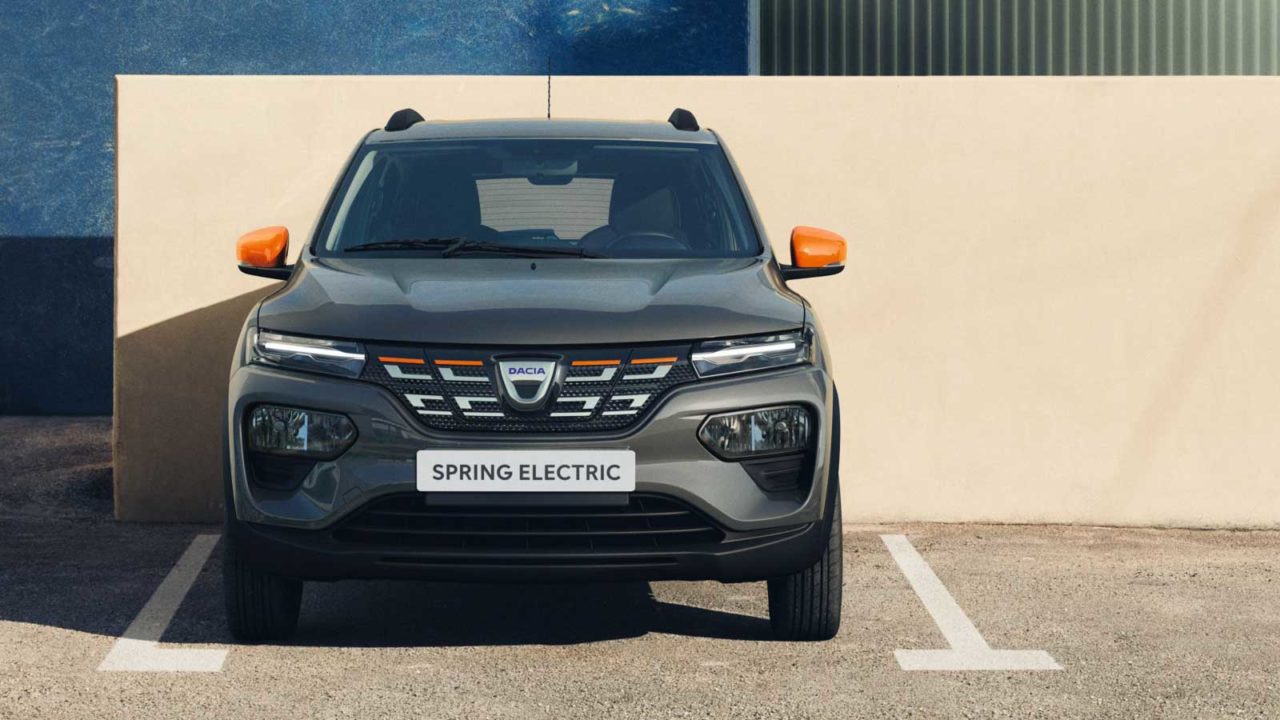 It has a claimed top speed of 125 kmph and the drive range on a single charge stands at 225 km on the combined WLTP cycle and 295 km on the WLTP City cycle. Dacia claims that the Spring Electric will have its range extended by around 10 per cent in Eco mode as it reduces the power output to 31 horsepower and the top speed as well goes down by 25 kmph.

Using standard cable and 220 V socket, the Dacia Spring Electric can be charged from zero to 100 per cent in 14 hours. When opted for a 7.4 kW Wallbox, the eco-friendly hatchback only takes under five hours. A 30 kW DC fast charger will further reduce the time to under an hour to replenish back to 80 per cent. The bootspace capacity stands at 300 litres and it can be increased to 600 litres when the rear seat is folded. 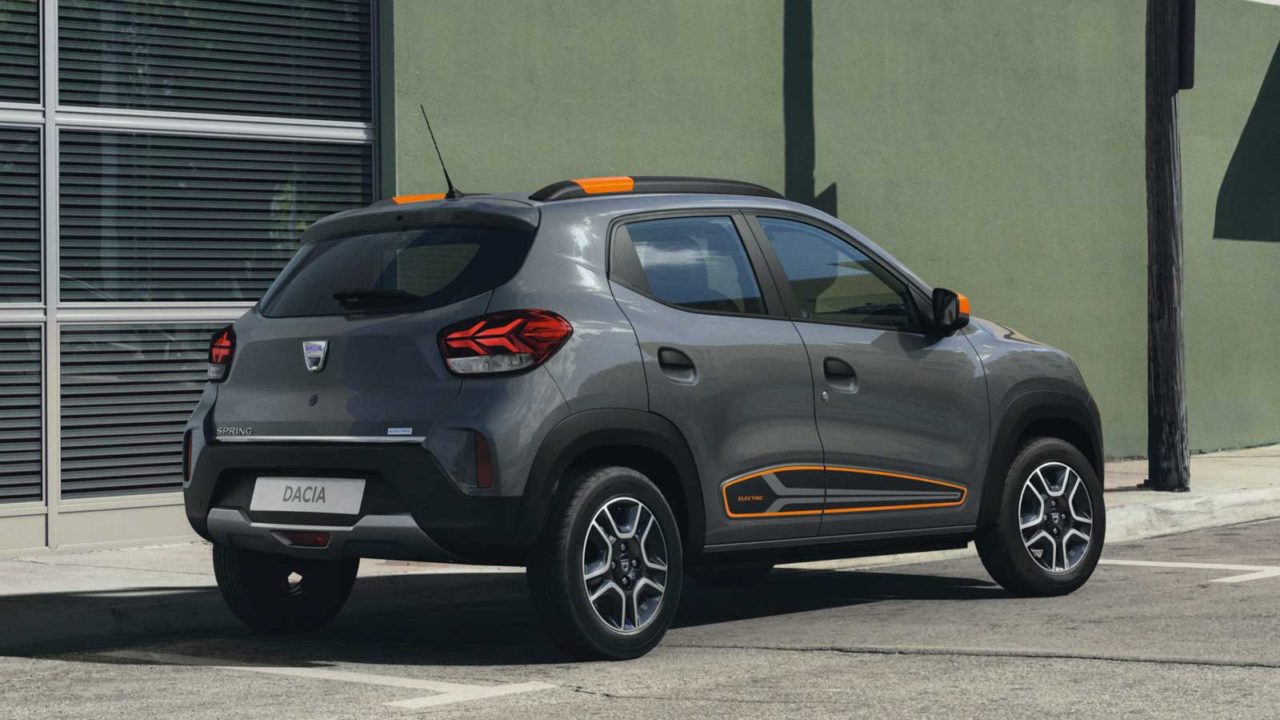 On the inside, the Spring Electric is similar to the City K-ZE with identical dashboard and it comes with standard features like a 3.5-inch digital display, remote central locking, power windows, a seven-inch touchscreen with sat-nav, Apple CarPlay and Android Auto, Bluetooth connectivity, multi-functional steering wheel, reversing camera, voice recognition and so on.