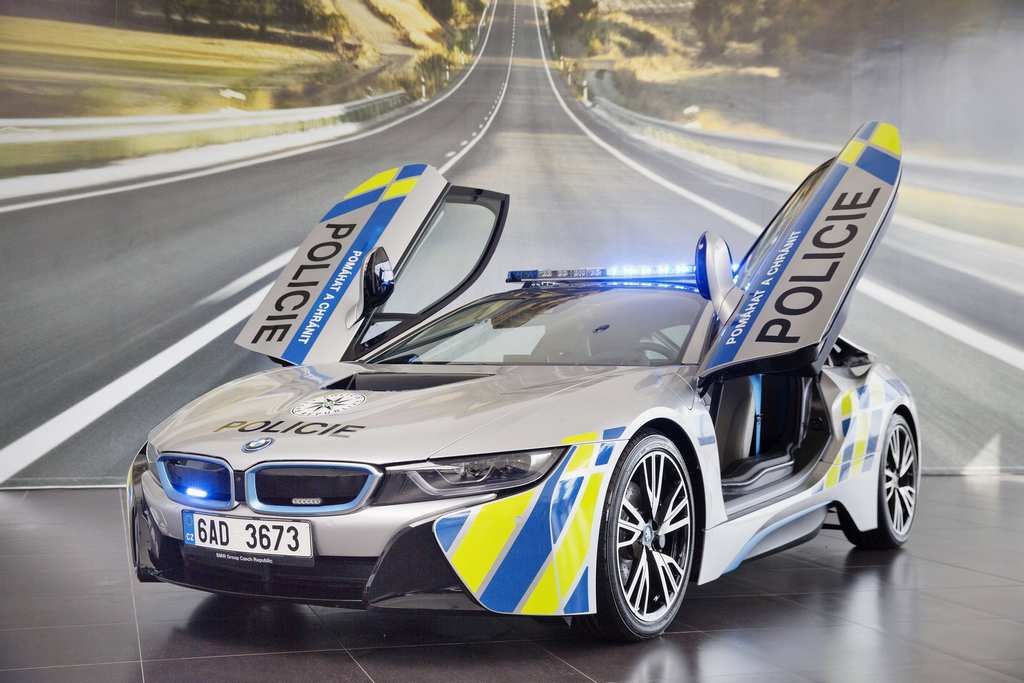 When we talk about exotic supercars being used for policing purposes, only the folks in Dubai come to mind. However, the Czechs have decided to go one better as they gave green signal to use the i8 hybrid supercar on the country’s Highway Patrol division.

The Central European country of Czech Republic will use the i8 as police car across all the lengths and breadths for various purposes. It comes equipped with a stunning dual coloured silver exterior paint job as the yellow and blue livery can become an instant distraction on road due to its flamboyance. 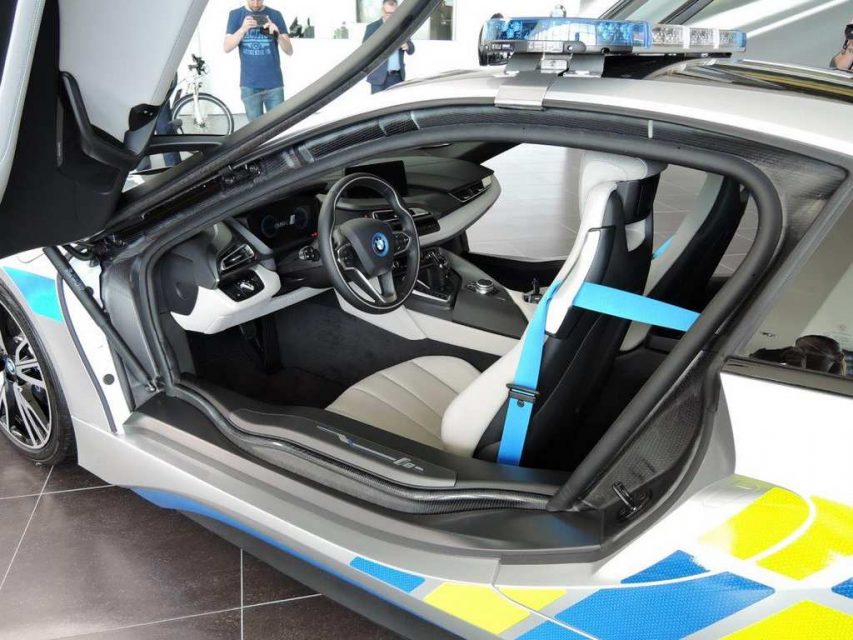 As mandatory with police cars, it also gets LED light bar and unique LED emergency lights in the BMW’s signature kidney grille finished in silver. On the inside though, the interior of the stock i8 supercar is largely carried forward with subtle modifications like blue seat belts and two-tone leather upholstery.

The new system of introducing i8 as Czech police car surfaces on the back of a new joint collaboration that resulted in the low-slung hybrid machine to be used by the Highway Patrol for six months or the scheme covering up to 20,000 kilometers – the option which comes first will be evoked. 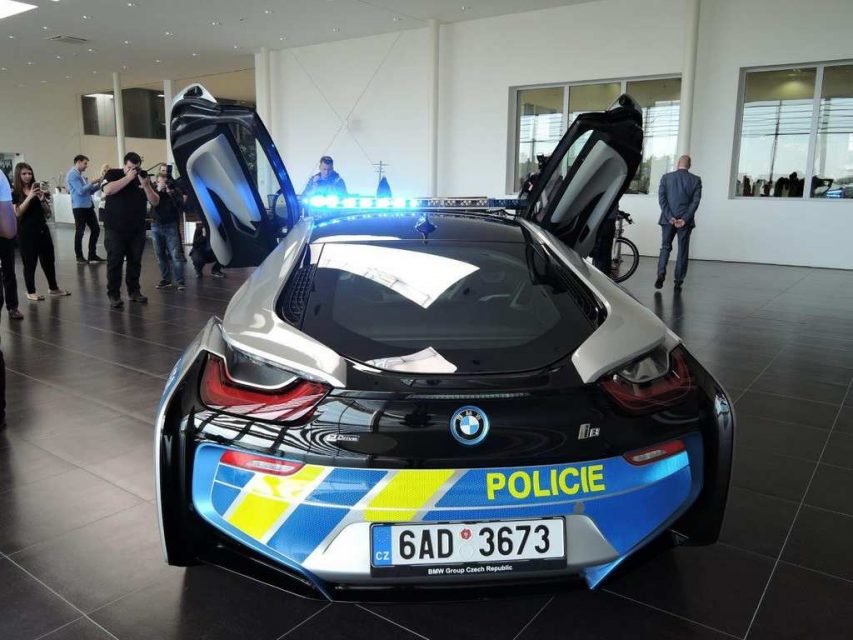 On the occasion of getting the car delivered, Colonel Tomáš Lerch expressed his gratitude for BMW Group to allow the i8 to function as a Czech police car. In fact, the alternative fuel-running is currently being used by security forces in many nations around the globe.

As similar to the regular i8, the police bound model gets power from the same plug-in hybrid technology that was a sort of a revolution when it first came out. The 1.5-litre three-cylinder turbocharged engine is connected to an electric motor to do the propelling duties. 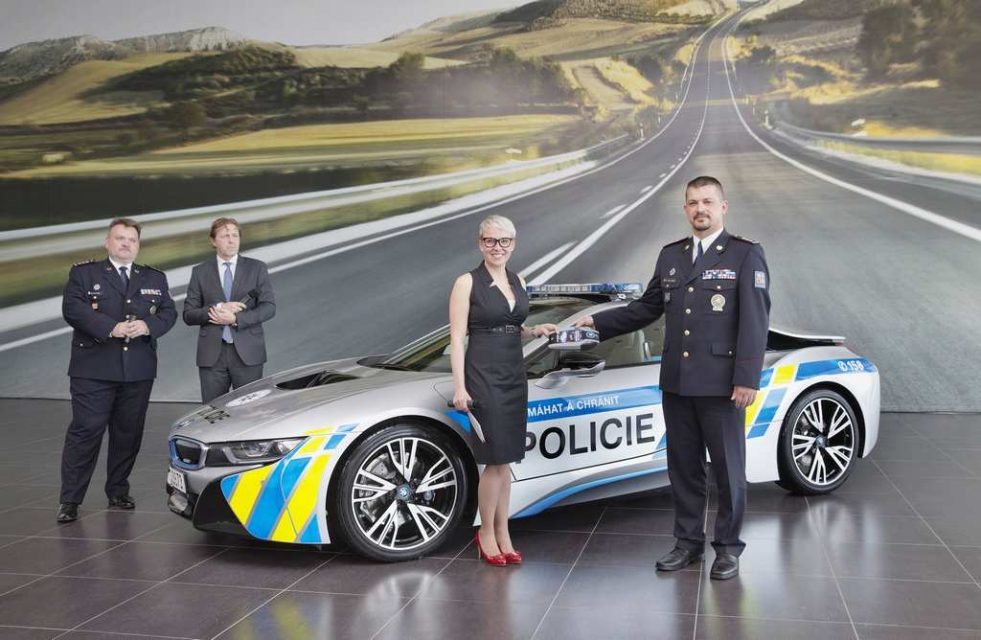 Combined together a total power output of 362 PS is produced which helps the acceleration from zero to 100 kmph in just 4.4 seconds. Rest assured, thieves will have a tough time escaping the Czech police from here onwards then and we might expect some real life car pursuits after all.