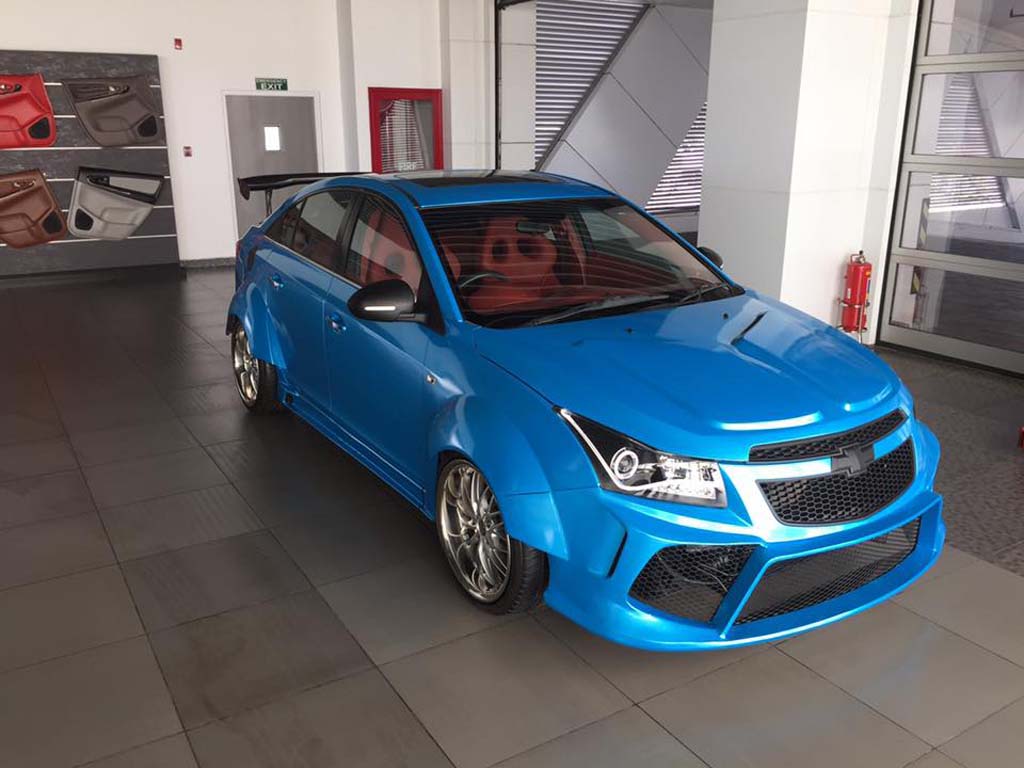 Customized Chevrolet Cruze has been built by Kozhikode based 360 Motoring; ooks very much race spec, aggressive and stylish

Chevrolet is gearing up to launch the new generation Cruze sedan in India. Meanwhile Kozhikode based 360 Motoring; a car customization studio has done an astounding job on a outgoing Chevy Cruze. The car looks very much race spec, aggressive and stylish as well. The customization comes at exterior and inside the cabin only. No mechanical changes have been made.

At the front fascia, the car gets quite some changes. The front grille not sports similar two part appearance, but with honeycomb design instead of the chrome garnished slats. The headlamps have been sourced from aftermarket. The get LED corona ring with LED daytime running lights. The front bumper looks like the biggest change at the front fascia. It gets a massive air intake, large air dams at both ends with honeycomb pattern. The hood comes sporting muscular appearance. The car looks wider compare to the standard model. The wheel arches come widely flared which enhances the muscular appeal of the car. The wheels adorn very aggressive alloys. Move to the rear, the surprises are waiting.

The carbon fibre spoiler, aftermarket LED taillights, faux rear diffuser with large air vents are enough to intimidate. Additionally the performer character comes out through the triple round exhausts positioned at the centre bottom of the diffuser. The changes have been made inside the cabin as well. Entire cabin comes wrapped in red leather, which gives the car very much sporty appeal. It features sporty bucket seats inside the cabin. The suspensions have been lowered to give the racer spec feel. In India Chevrolet Cruze gets power from a 2.0 litre VCDi diesel engine, mated to a 6 speed manual gearbox. There is an optional 6 speed automatic gearbox available as well. The engine is capable to churn out 164 bhp of peak power and 380 Nm of peak torque. Power is sent to the front wheels.