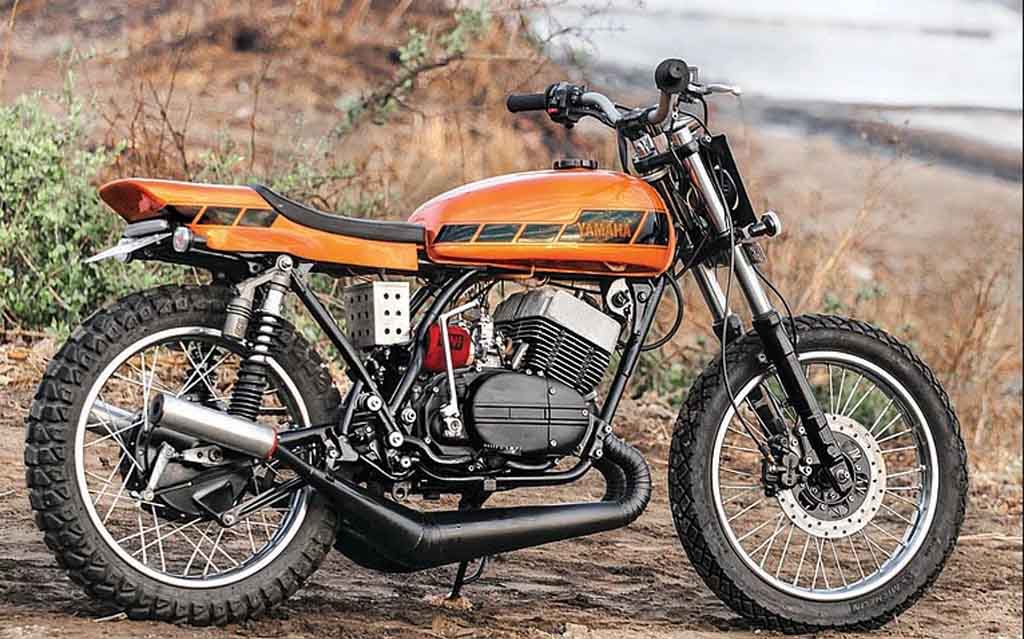 Yamaha RD350 has been one of the iconic bikes from the Japanese brand. Like the rest of the world, it earned positive response in India too, but here we knew it as the Rajdoot 350. It was in business in the country between 1983 and 1990. After more than two decades, this machine still amuses the riders and draws attention. Here we have the RD350 customised to an aggressive avatar by the JC Moto.

Painted in flashy Orange, the customised bike is christened as the Sun Chaser. It comes inspired by a typical scrambler look and with minimalistic bodywork to reflect the genuine charm of the stock model. The Yamaha RD350 Sun Chaser gets a modified headlamp assembly painted in black. The headlamp incorporates four LED units offering brighter illumination. 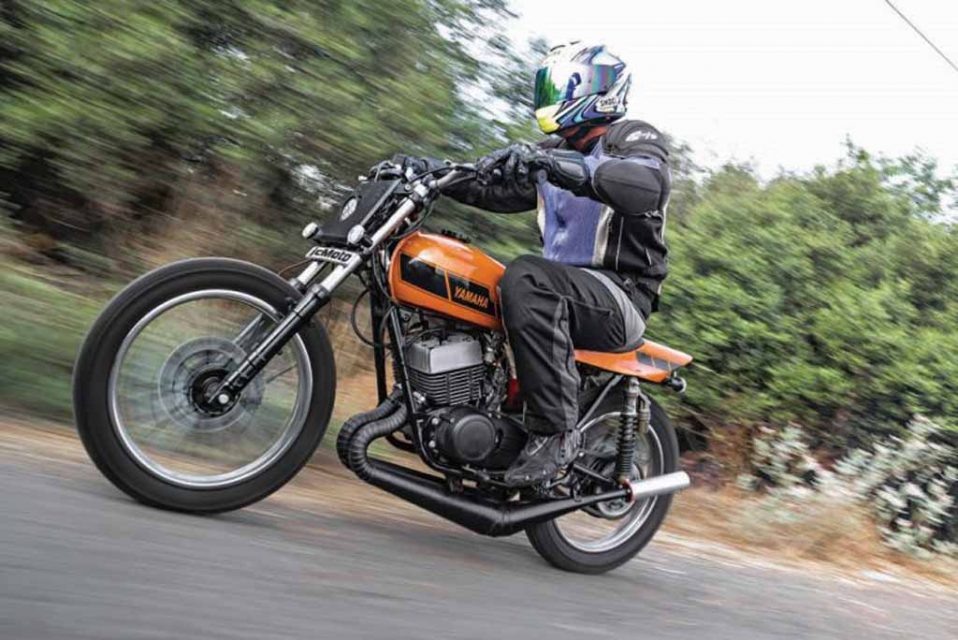 Instrument cluster has been updated as well and it carries a fully digital Trail Tech Vapor display. The handlebar and footpegs have been slightly customised, while the fuel tank remains identical to the stock model, while the seat has been modified and now it appears as a single seater. Rear of the bike as been customised as well and it features LED taillight. Apart from that, the Yamaha RD350 Sun Chaser gets new twin canister exhaust system.

For braking duty, it has received a front disc brake, while the rear continues with drum brakes. The multi-spoke wheels bring the old school charm and they are wrapped with dual-purpose tyres enhancing the aggressiveness of the bike. 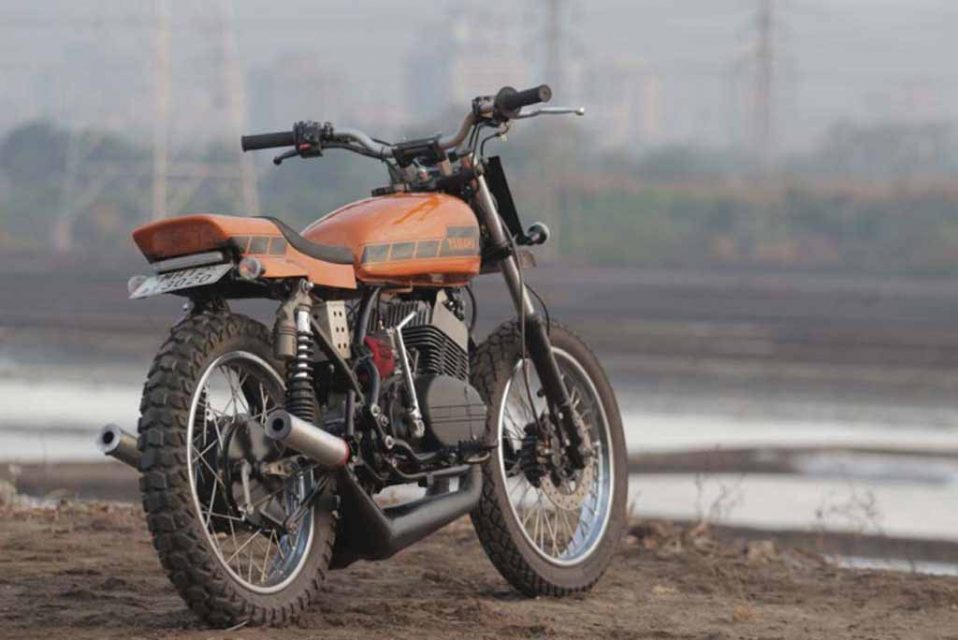 In stock form, the RD350 was sold with two different power output options. These were the 30 bhp and 27 bhp variants respectively. The RD350 Sun Chaser’s engines has been updated too, but the power output is undisclosed. Overall, the bike has been rebuilt from scratch and it appears very attractive blending the modern touch with old-era charm.