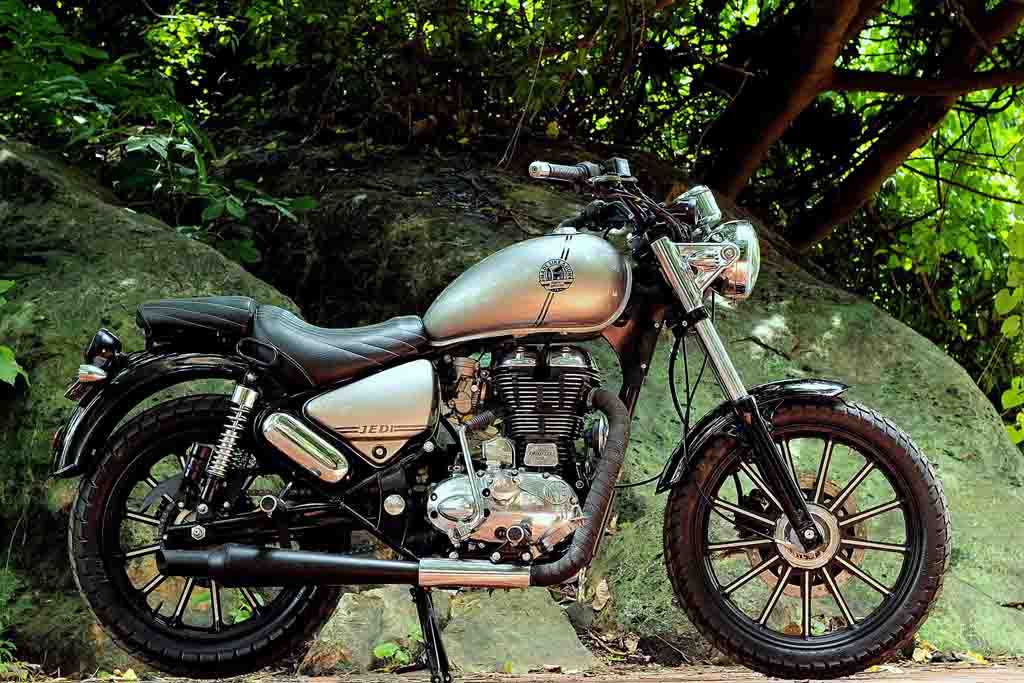 Mumbai based JEDI Customs has done some exciting motorcycle customisation and one of them is the Stellar that is based on the Royal Enfield Thunderbird. This motorcycle uses several custom body parts and looks pretty interesting indeed. The motorcycle wears a shiny silver paint scheme.

Up front, the round headlamp with chrome bezel gets projector lamp complemented by circular LED daytime running light. There is an auxiliary LED lamp sitting on top of the headlamp and this motorcycle gets its custom single-pod chrome garnished instrument cluster from Continental GT. The fuel tank appears same as the stock model, but the old logo saying ‘Made like a Gun” certainly enhances its appeal further. 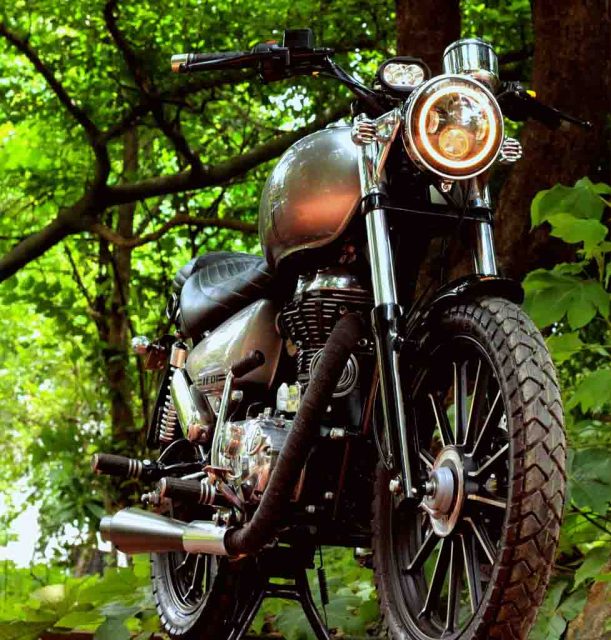 The customised motorcycle receives new split seats with ample cushioning. These offer pretty comfortable riding experience for both the rider and pillion rider and it looks like the customisation studio has taken inspiration from Harley Davidson Street 750. The taillight too come modified and it wears a black paint scheme. The black painted front fender of this motorcycle comes shortened and the rear fender appears slightly uplifted.

Side panels of the motorcycle have received little bit of modification as well. It runs on black alloy wheels wrapped with meaty tyres. The customisation doesn’t end here, as this motorcycle receives new foot pegs and a blackened custom exhaust as well. It gets a front disc brake delivering stopping power. It is not sure, of the modified Royal Enfield Thunderbird’s engine has been updated or not. 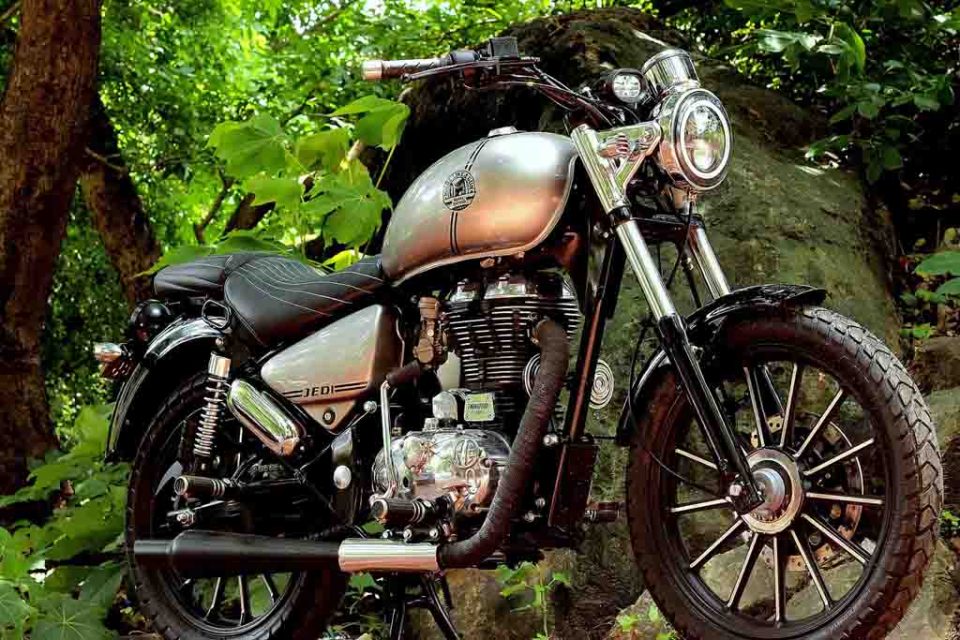