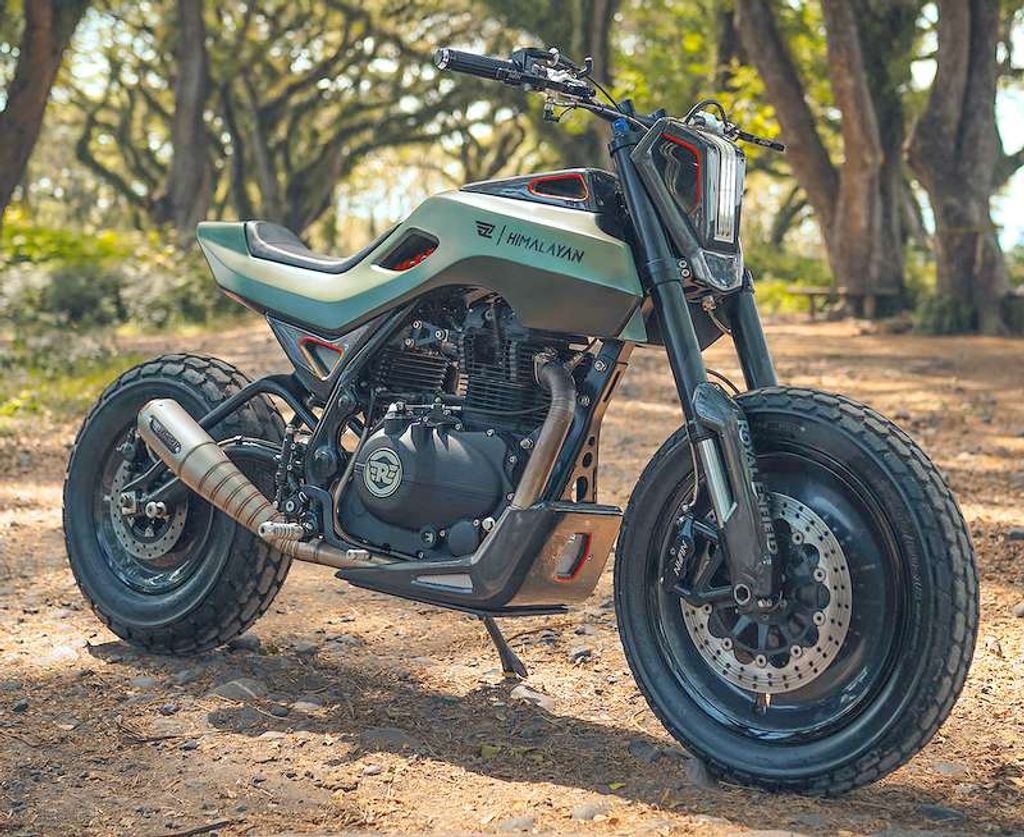 Royal Enfield’s UK arm gave the Himalayan to the renowned Smoked Garage of Bali to create a new modern looking masterpiece out of their popular mid-size Adventure Tourer. Their only clause was that the custom motorcycle builder could not compromise on the functionality and the characteristics of the original Himalayan.

Smoked Garage members have redesigned the entire motorcycle and given it a stealth fighter kind of a styling. There is no doubt in the fact that the custom Himalayan looks sleek and futuristic from every possible angle. The motorcycle has received plenty of changes, however, the biggest change comes in the form of a new beefier 43mm Showa USD suspension setup towards the front which has replaced the old stock 41 mm forks.

While the rear monoshock too has been updated with a UP spec -Öhlins which gets a remote reservoir, linked to its specially designed custom swingarm. The spokes wheels of the motorcycle are now hidden behind a carbon-coated cover.

Both the wheels are also covered with beefier Dunlop K180 dirt track tread rubber, which is completely road legal. Smoked Garage also designed a custom-made carbon fork guards for the motorcycle which add both form and functionality. The SG-411 has been finished in dark army green color and gets orange accents which actually highlights some of its unusual shapes. The only things which look shiny is the custom exhaust. The SF-411 looks much more compact and also weighs less than the stock Himalayan by almost 20 kilograms.

Smoked Garage hasn’t mentioned any details about its drivetrain and thus we assume that  it is still powered by the stock Single Cylinder, 4 stroke, Air cooled, SOHC, Fuel Injected unit. The single cylinder unit is capable of producing about 24.5 Bhp of peak power and 32 Nm of peak torque. The engine is paired to a 5-speed gearbox.