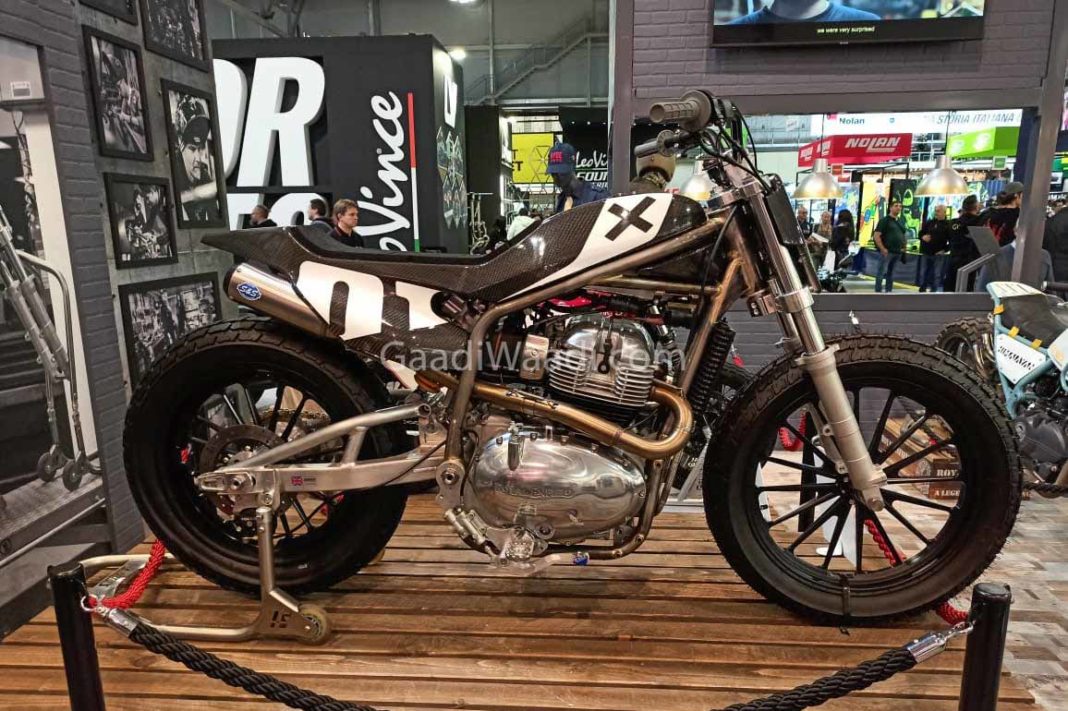 Royal Enfield has taken the covers off their Flat Tracker custom bike based on the 650 Twins for EICMA 2019. This custom motorcycle built in association with UK based Harris performance and Royal Enfield’s technical center in Leicestershire showcases the versatility of their new 650 twin platform and the various models they can spawn out of it.

Although this is just a custom project, Royal Enfield may target the Flat Track racing scenes in the US, dominated mostly by Harley Davidson and Indian motorcycles. There is no denying the fact that the Flat tracker has been one of the most ambitious projects taken up by RE and Harris performance who already has over 40 years of experience and expertise in chassis development.

RE and Harris Performance have used a brazed steel tube which is an old school formula applied on their modern motorcycles. The steering angle, yokes, pivot height, and the swingarm can be adjusted (5 mm in both ways). These minor but important adjustments can be used to fine-tune the chassis which in return increases the stability and behaviour of the motorcycle. 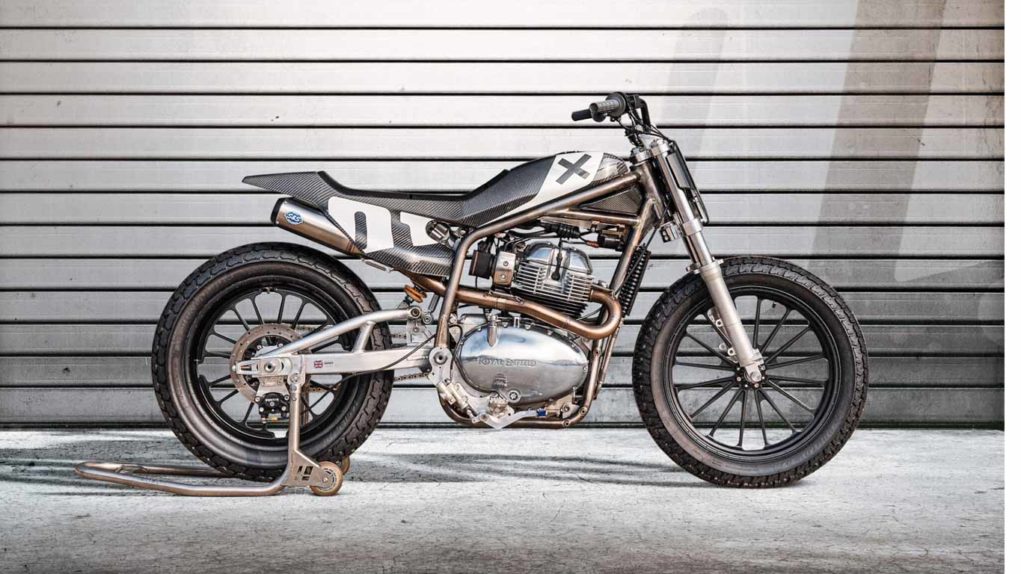 The other components used in the chassis are also developed by Harris Performance. The Flat Tracker features 41mm right-side-ups running Öhlins 30mm valving at the front and a high-end Öhlins TTX36 monoshock at the rear. The motorcycle has been fitted with 19-inch RSD traction rims on both ends built out of forged billet aluminium.

These wheels are wrapped on Dunlop DTRs. Just like every other flat track motorcycle, the RE Flat Tracker too does not get any front brake but the rear wheel has been fitted with a single disc brake featuring Brembo twin-piston setup. The Flat Tracker uses the same 647cc, twin-cylinder, air-cooled unit that powers the standard 650 twins as well. 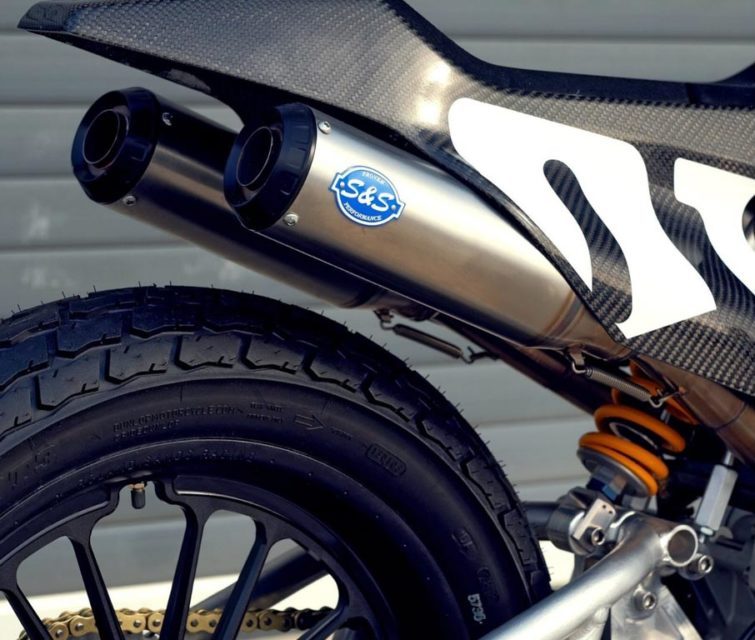 However, to make this engine race efficient, it features a 750cc big bore kit, a custom ECU and an exhaust system sourced from S&S. The UK design team of Royal Enfield has designed the bodywork and its made entirely out of carbon fibre. The good news is that this is actually a working prototype and RE may have further plans to introduce a roadgoing version as well which will help them expand their 650 lineup.