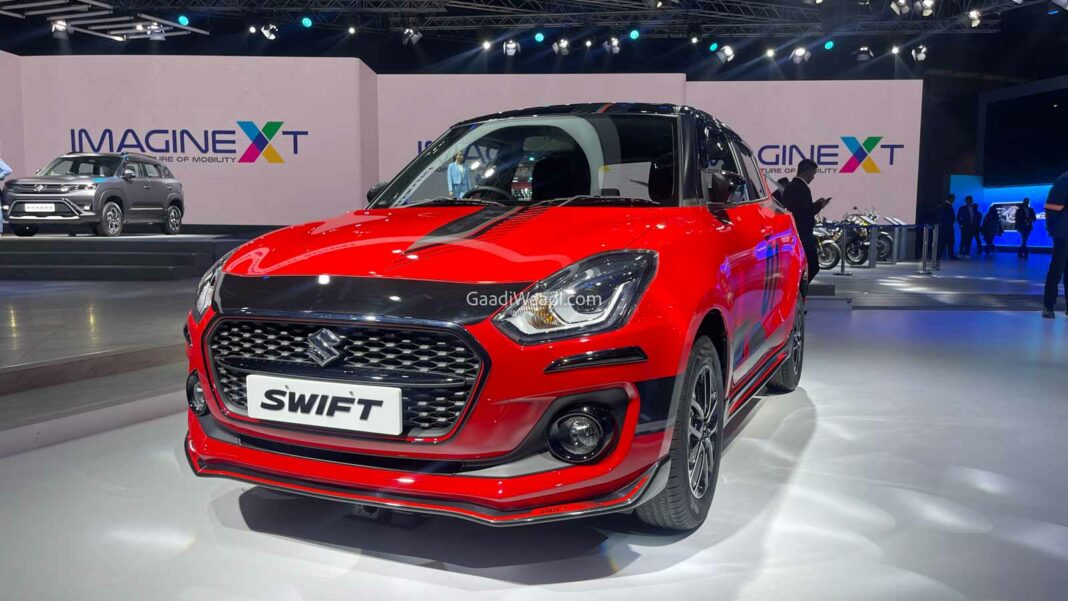 Maruti Suzuki India Limited (MSIL) has made a compelling statement at the ongoing Auto Expo with an array of showcases pertaining to its immediate and near future portfolio. The eVX concept has given us glimpses of what to expect when the first electric SUV from the brand arrives in 2025 while the five-door Jimny has finally made its global premiere.

Before the launch of the long wheelbase Jimny by the middle of this calendar year, the largest car producer in the country will introduce the Fronx coupe SUV based on the Baleno. The pre-bookings have already commenced at Nexa dealerships and via an online platform and its official prices will be announced around March or April 2023.

The pavilion of Maruti Suzuki is also greeted by a matte edition of the Brezza compact SUV and the customised version of the Swift. The compact hatchback has been popular for many years due to its sporty looks, agile handling characteristics and good practicality in the volume-based space. The modified Swift does inject a more aggressive vibe with a two-tone appearance. 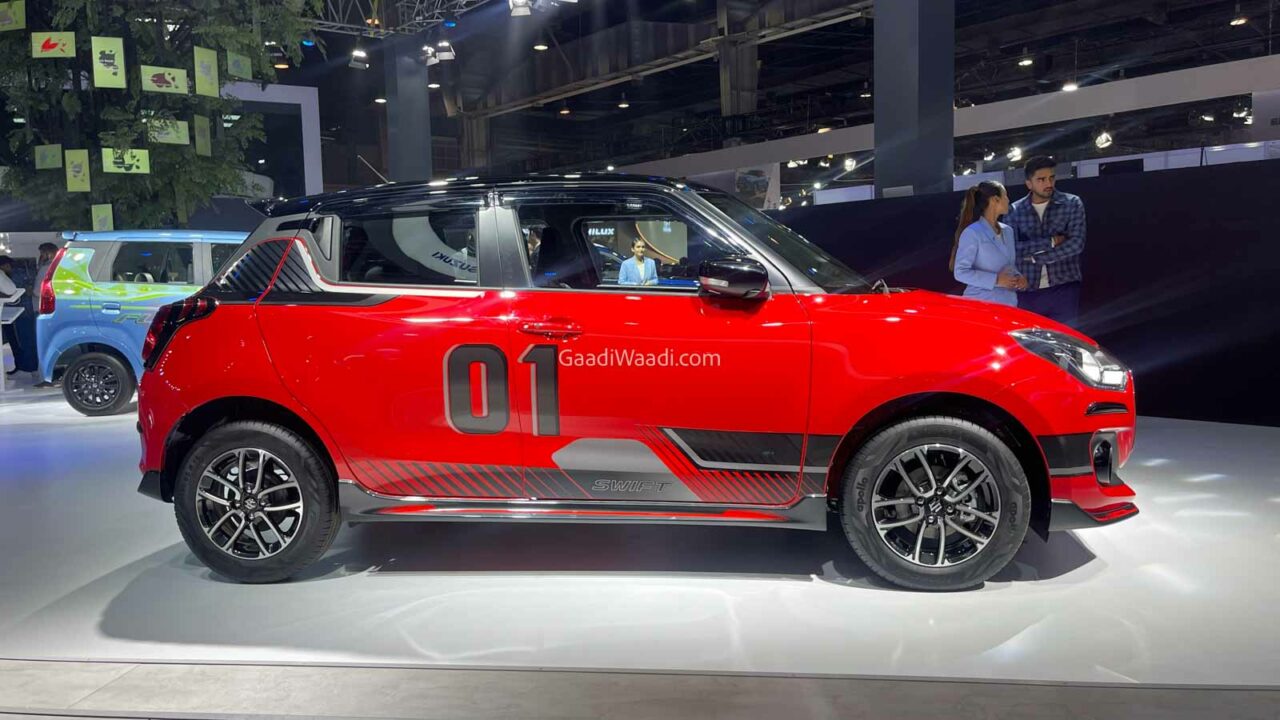 Some of the highlights are a black finished front grille with a prominent horizontal strip running above it connecting the headlamps, which we wished were smoked out. The hexagonal grille is surrounded by a black and red treatment and a lip spoiler complements the lower bumper section. The side profile shows street-styled body graphics and bold ’01’ decal on the doors.

The A-, B- and C-pillars, roof, wing mirrors with turn indicators and integrated spoiler are finished in black colour. The headlamps and tail lamps are garnished to give a dark metallic look. You could also see the rear bumper garnish and a skid plate-like element. The regular Swift derives power from a 1.2-litre DualJet Dual VVT petrol engine. 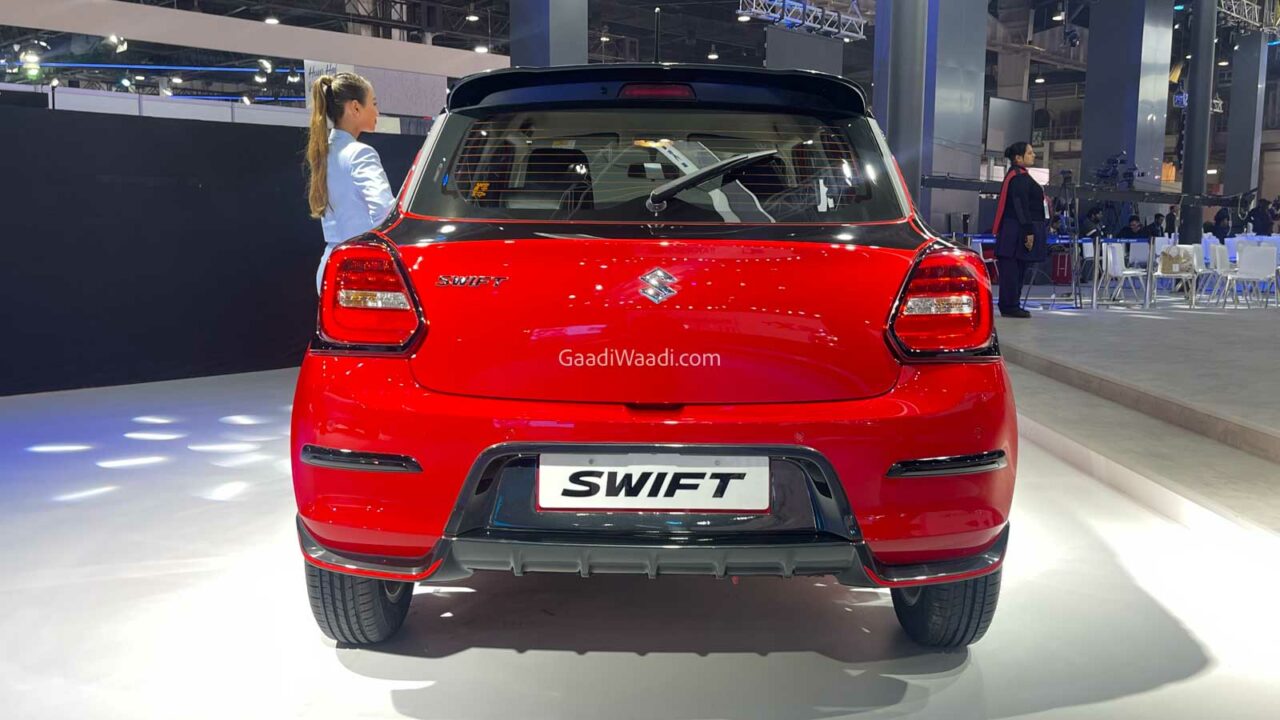 It is good enough to produce a maximum power output of 90 PS and 113 Nm. The powertrain is connected to a five-speed manual transmission as standard and a five-speed AMT as an option. The next generation Swift with a strong hybrid 1.2-litre petrol engine will be launched in India in early 2024.