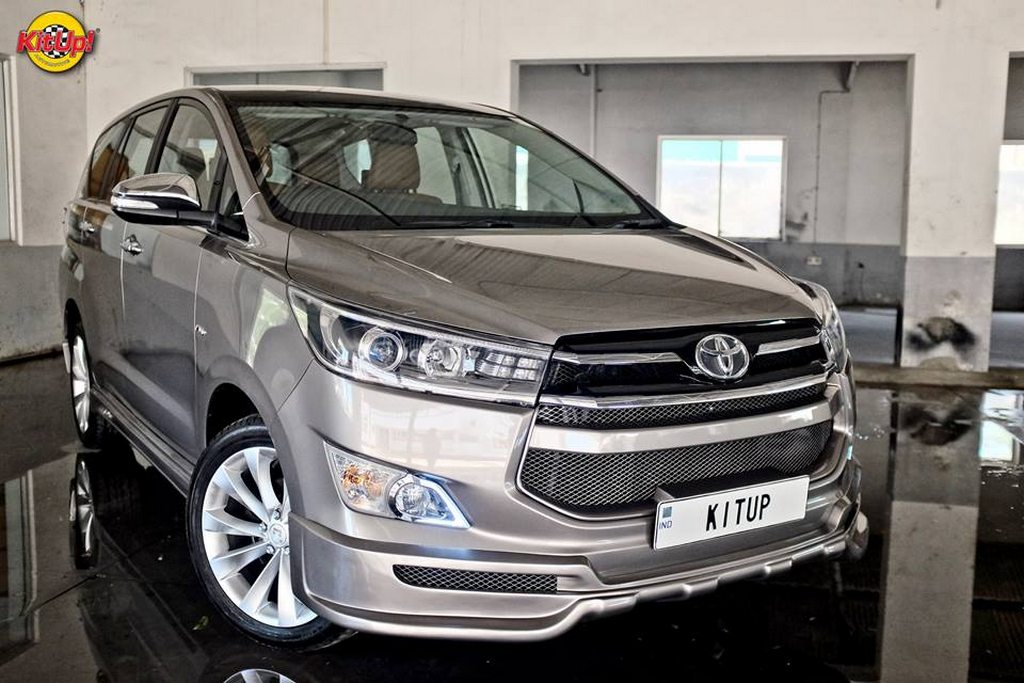 The recently launched Innova Crysta is the successor of the highly applauded first generation Innova with plenty of cosmetic modifications to make the exterior styling modern. However, with vast freedom the independent aftermarket outfits will have their own take on the new machine and subsequently one of first customised Innova Crystas to come out was from the Coimbatore-based Kit Up Automotive.

The bodykit brings an ultra-premium stature to the seven-seater people carrier as the company went in line with the existing sharper design and tried to magnify it to another level. Up front, the large hexagonal grille gets a gleaming mesh pattern while the inverted C-shaped LED Daytime Running Lights integrated with the foglamps exemplify the road presence. The front bumper features subtle changes with silver mesh inserts besides the side skirts giving a planted look. Additionally, the wheel arches are not flared but the piano black roof is bright with quad exhausts receiving chrome tips. The customary rear spoiler and 18-inch set of alloy wheels do enhance the overall shiny bodywork. Inside the cabin, not many revisions have been made but the dashboard and seats bear a two tone colour scheme along with custom audio with rear entertainment system mounted on the seat backs, upgraded speakers and woofer and perforated leather door trims. Mechanically, the Innova Crysta remains the same as the Z grade customised MPV is an automatic variant. The other powertrain in the standard lineup has the 2.4-litre 2GD-FTV four-cylinder, inline, 16V diesel engine with VNT Intercooler producing 150 PS at 3,400 rpm and 343 Nm of torque between 1,400 and 2,800 rpm. It is coupled with a five-speed manual transmission.
Source: Facebook