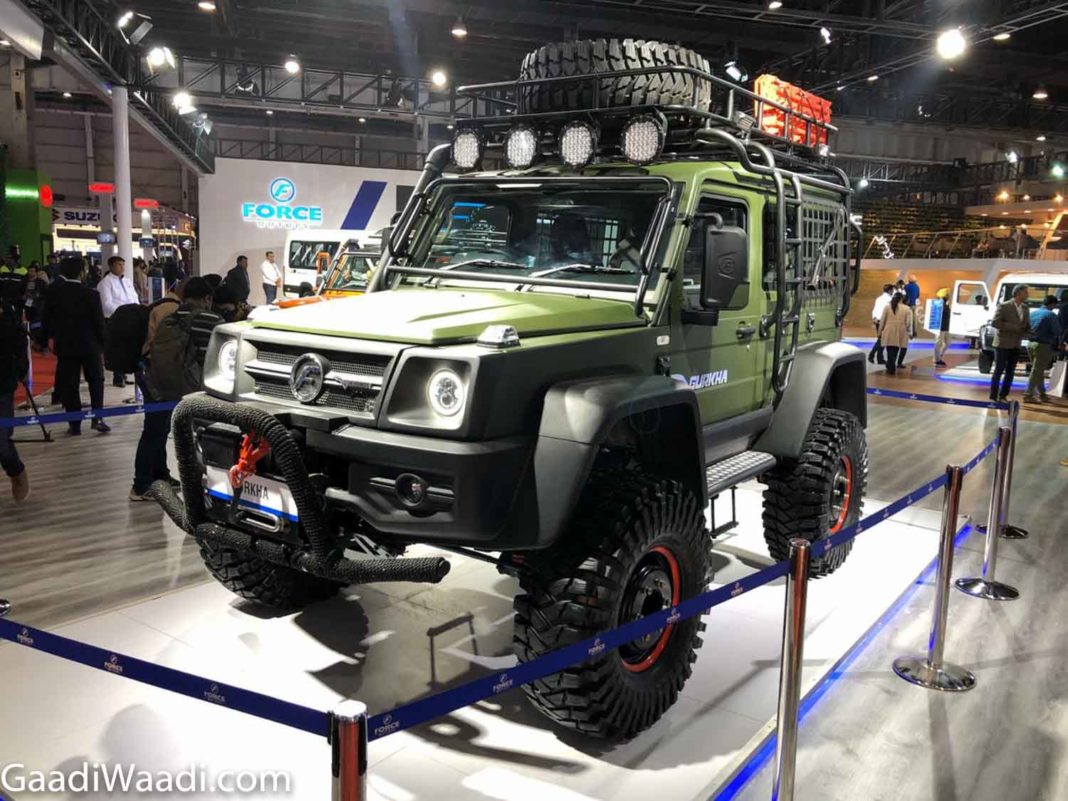 Force Motors Limited has officially revealed a BS6-compliant version of the two-door Gurkha off roader at the 2020 Auto Expo. Along with the car, the manufacturer has also showcased a heavily modified version of the Gurkha, which comes with tons of additional equipment over the soon to be launched BS6 version of the donor car.

If we had to sum it up, this customised Force Gurkha looks badass! In comparison to the upcoming BS6 Gurkha, the modded version’s height has been drastically increased. The car can be seen sitting on Maxxis Trepador off roading tyres, which has forced the homegrown carmaker to add flared fenders around both the tyres each side.

Up front, the car comes equipped with a massive bull bar, while the headlamp surrounds as well as the front grille get plastic cladding, in order to highlight and further enhance the ruggedness of the SUV. Force has also added a giant roof rack, which is actually the same size as the roof of the car. 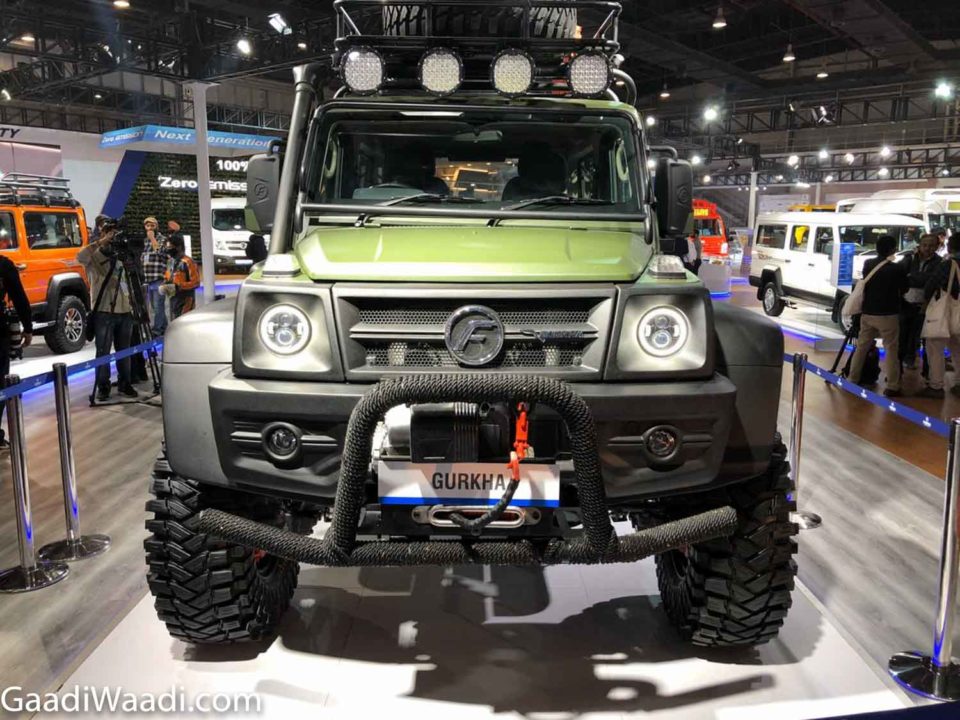 Two jerry cans have been bolted on to the tailgate of the car which means that the stepney has to be placed on the roof rack. The extra fuel can be extremely helpful in times when you are running low on fuel with no proper roads or refuelling stations nearby. In addition, the auxiliary lights mounted onto the roof would likely be enough to light any terrain up for you. All these additions combined make this modified version of the Gurkha an extremely capable off roader.

No mechanical changes have been made to the car. That being said, the Force Gurkha is itself a pretty competent car. This heavily modded version of the Gurkha gets the same BS6 compliant engine that will be plonked on the upcoming 2020 Gurkha. 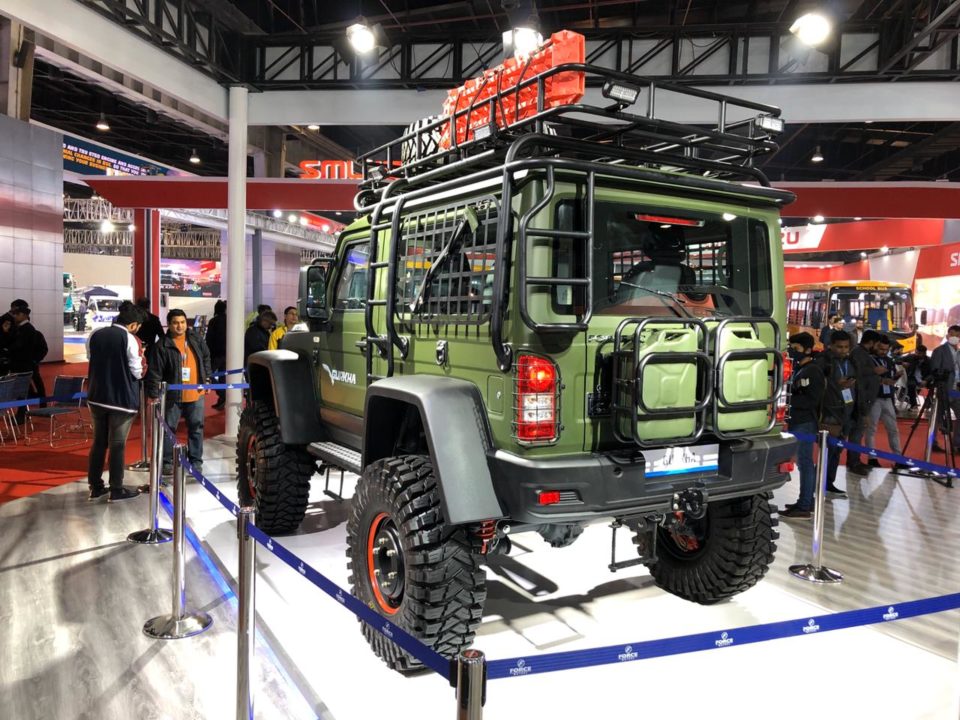 Moreover, the regular 2020 Force Gurkha has been revealed at the ongoing 2020 Auto Expo with some cosmetic updates over the outgoing BS4 model, while it retains its overall boxy shape and rugged appeal. Upon launch, the new Gurkha will compete against the likes of the upcoming 2020 Mahindra Thar in the Indian market.