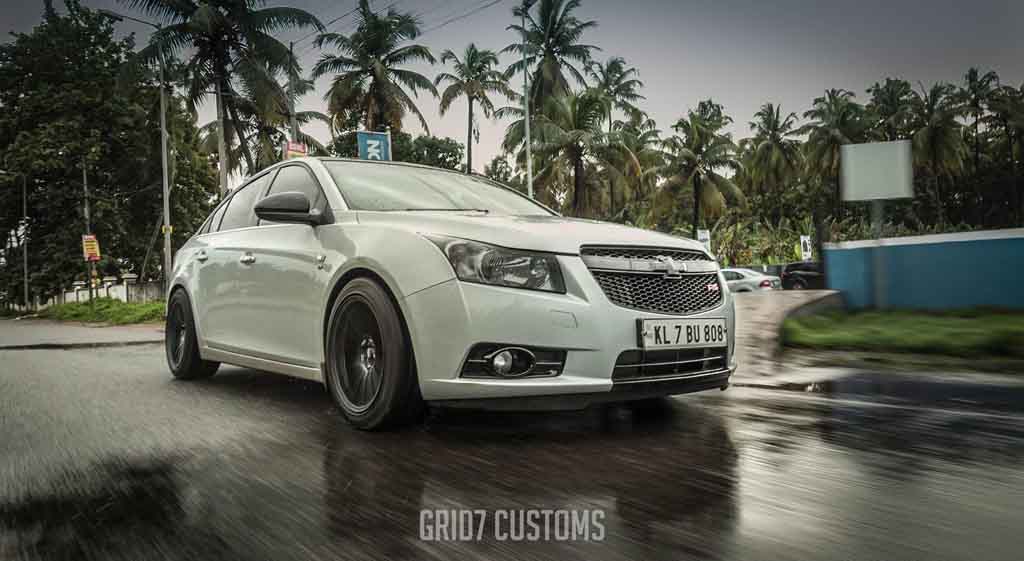 Chevrolet has announced its exit from Indian market. But that doesn’t mean the Chevrolet owners won’t show their love towards their beloved Chevy models. Here we have a customised Chevrolet Cruze sedan that has become sportier and more aggressive compared to the standard model thanks to the little modifications made by Grid7 Customs.

The modifications include wider and larger black sporty alloy wheels enhancing the visual appeal of the car, while the rear sports updated LED taillights that certainly give the sedan a premium look. The ORVM caps have been blackened and there is a boot spoiler at the back of the car. Apart from that, the basic silhouette of this customised Chevrolet Cruze sedan remains same as the standard model. 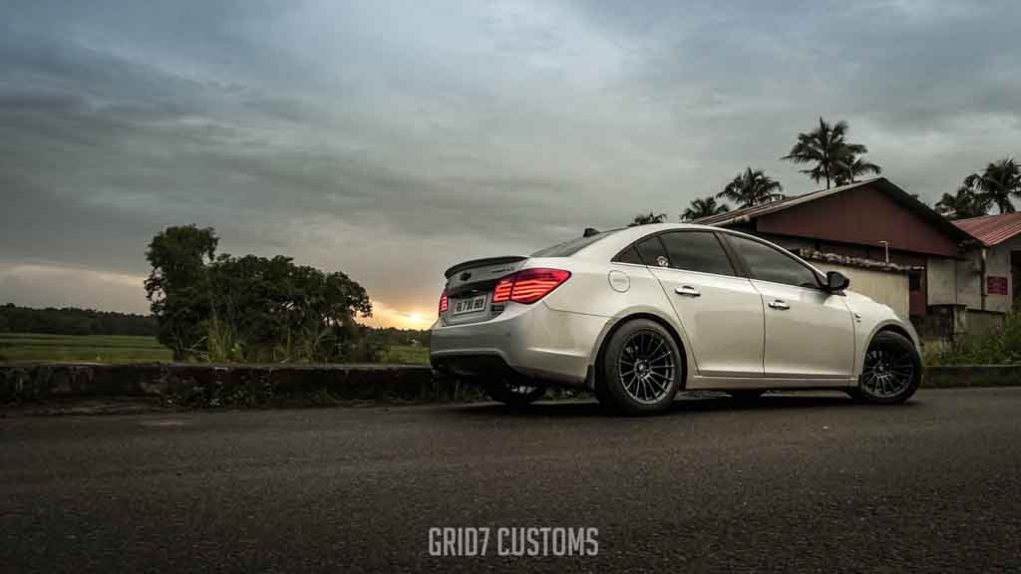 Also read: Chevrolet Could Tie Up With Mahindra to Offer After-Sales Support

Up front, the modified Chevrolet Cruze sedan gets two-part front grille with aggressive mesh pattern. There is a red painted RS badge as well. The headlamps remain same as the stock model and the front bumper looks chunky with a sleek air intake and blackened fog lamp housing. At the side profile, it dons the alloy wheels and chrome finished door handles. A nicely curved roofline and blackened glass area enhance its style further.

Moving to the rear of the car, the Chevrolet Cruze boasts a shark fin antenna, wraparound LED taillights, sculpted registration enclosure and a chunky bumper as well. Overall, the entire sedan has received slight updates to become much more attractive and appealing compared to the standard model. 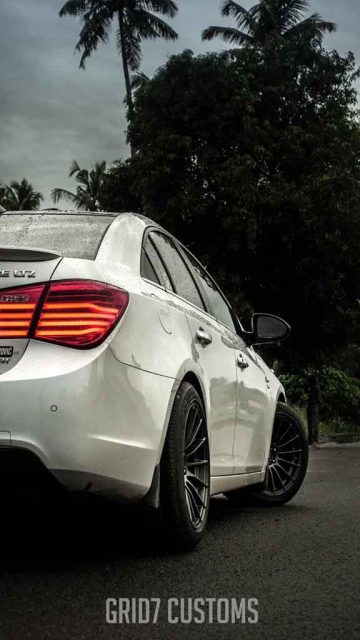 It is not sure, if the car’s engine too has been updated or not. The sedan gets a 2.0-litre diesel engine under the hood that is capable of churning out 164 bhp of peak power at 3,800 rpm and 360 Nm of peak torque at 2,000 rpm. Transmission options include a 6-speed manual gearbox and a 6-speed automatic unit is on offer as well. The manual variant is currently priced at Rs. 15.14 lakh (ex-showroom, New Delhi), while the automatic variant comes priced at Rs. 16.15 lakh (ex-showroom, New Delhi).