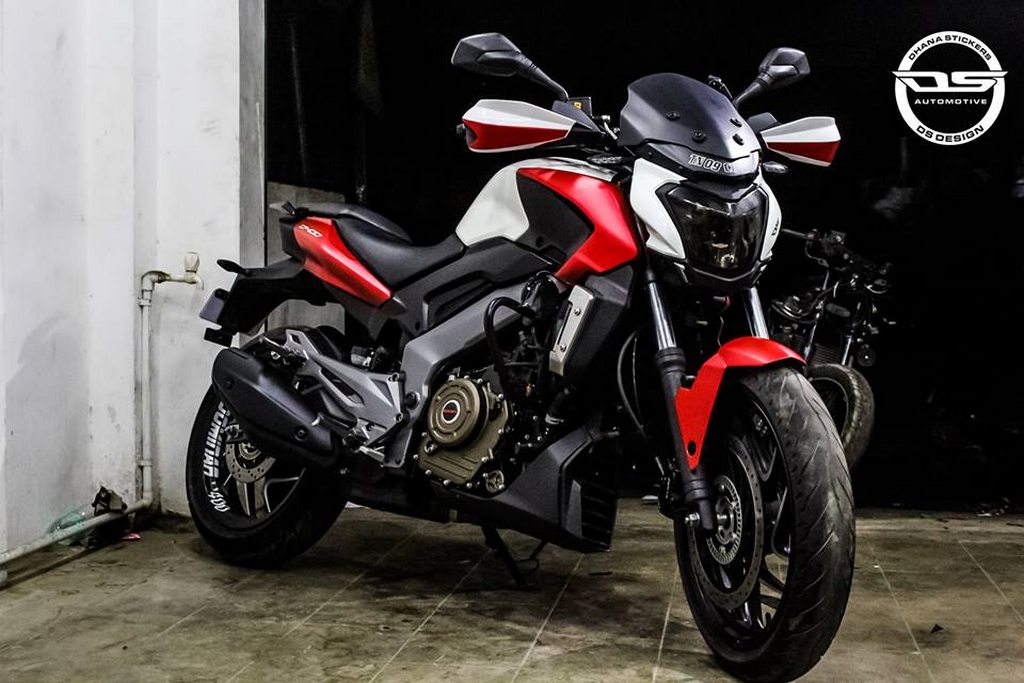 The stock Bajaj Dominar 400 cruiser has a simplistic yet effective design. It allows for the buyers or customising firms to explore more opportunities with the motorcycle and in the four and a half months since its commercial launch we have seen different interpretations coming out.

Some have tried to make it more of an adventure tourer by completing deviating from its purpose of build while others have strengthened its cruising nature by adding taller windscreens and other aftermarket stuff. However, the most effective way of compounding a motorcycle’s appeal is by custom wraps and unique paint jobs and Dhana Stickers Design has done just that. 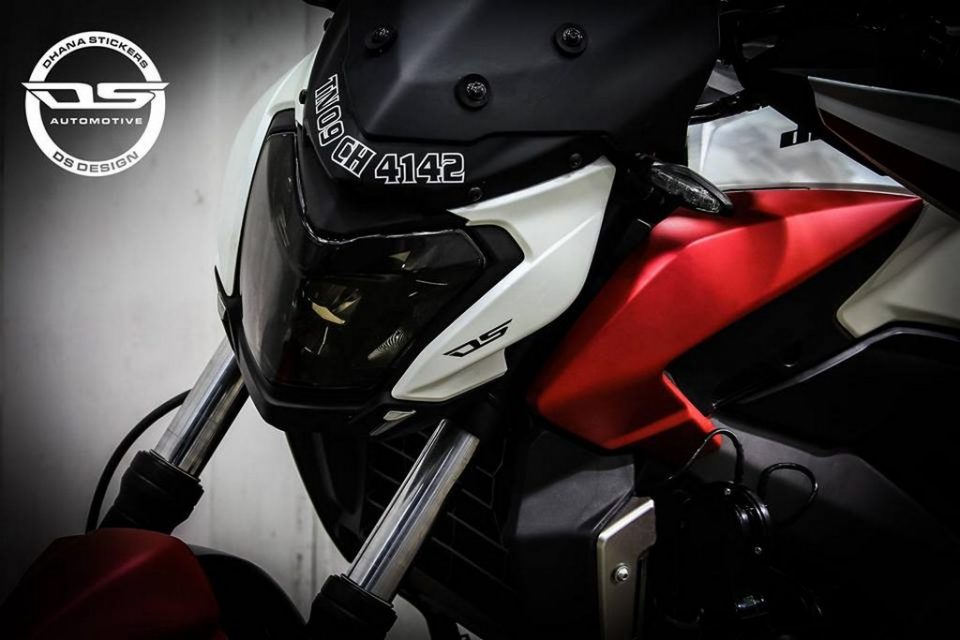 The Chennai-based tuning company has applied a matte red and white wrap to the power cruiser which also gains a fly screen and hand-guards for protection. You could have certainly felt a reminiscence in the hand-guard and yes it is the same unit that can be found in the KTM Duke 390.

There is no registration plate up front and it has been unscrewed for more pleasing aesthetics. Instead, they number plate is stickered just above the headlamp. You could also see the D400 decals on the body panels as well as a raised windscreen. The major highlight of this mod-job is the glossy matte finish that makes it a crowd pleaser. 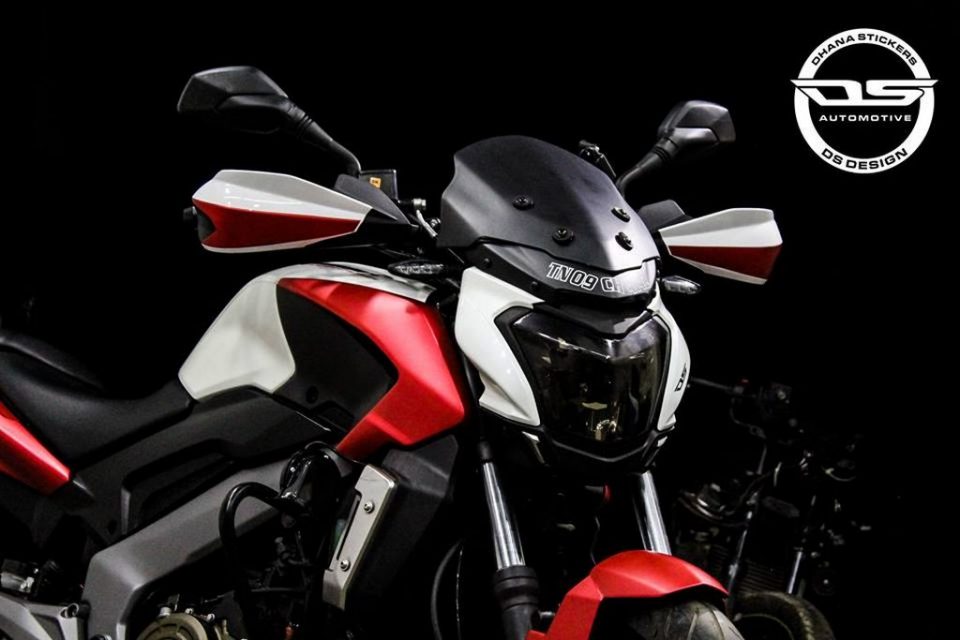 The flashy matte body finishes on the Apache RTR 200 4V is a standout factor for the entry-level performance naked in its segment. As Bajaj seems to be introducing more derivatives of the Dominar 400 in the not-so-distance future, adding flamboyant colour palettes will matte finishes might add more character to the lineup.

The Dominar 400 gets power from a 373.3 cc DTS-i triple-spark engine derived from the KTM Duke 390. It is liquid-cooled and fuel injected to produce a power output 35 PS at 8,000 rpm and 35 Nm peak torque delivered at 6,500 rpm. It comes coupled with a six-speed manual transmission.

Also Read: Bajaj Dominar Based Scrambler Likely on the Cards 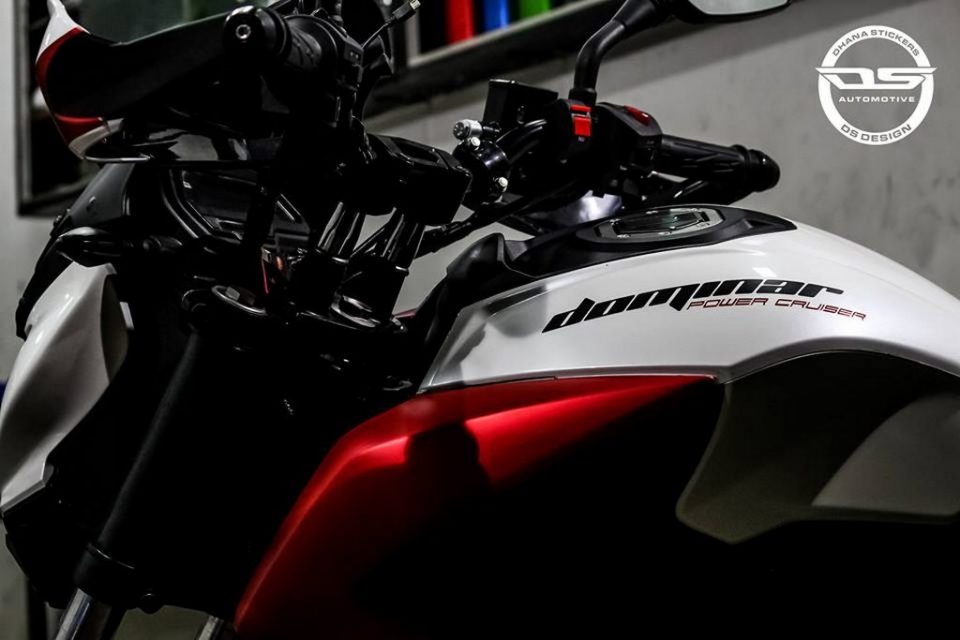