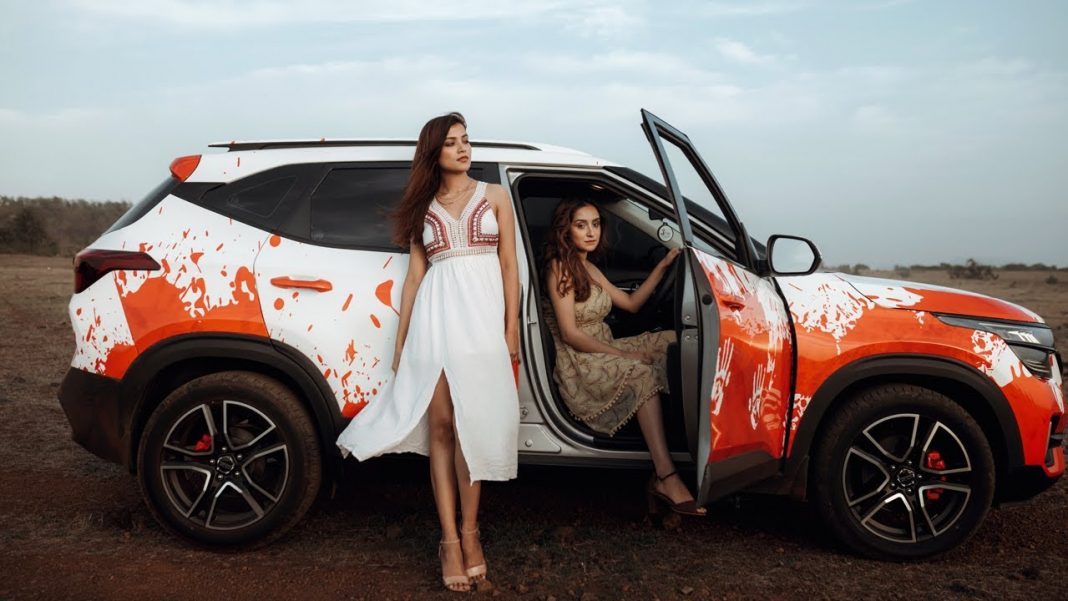 Vinyl wraps are loved by enthusiasts for the personality they lend to a car without affecting the paint scheme. This one, however, lends the Kia Seltos with something more

Kia made its Indian debut with the Seltos in the year 2019, which eventually turned out to be a successful shot of the South Korean carmaker. Now in 2021, Kia has updated the Seltos with some extra features. Even today, it is one of the best-selling compact SUVs that are on sale in the country. Thus, spotting a customized example is not a tough job either. In fact, here’s one example, which features a custom wrap that makes the Seltos look like it is covered in blood. We came across it via a YouTube video from FF Films.

Well, it certainly looks like a Seltos, which is prepared for a Zombie movie’s shoot. The wrap features a blood spatter design over the white background. We have come across such modifications on cars from international markets.

However, this is the first time that such a modification is performed on a Seltos in India.The blood spatter design can be seen on the bumpers, roof, doors and bonnet. While it might not appeal to everyone, it is quirky enough to catch everyone’s attention.

This particular example of the Seltos looks like the higher-spec variant. It features a glossy black Tiger Nose grille, LED DRLs, LED headlamps, ice cube LED fog lamps, and LED tail lamps. Also, the OEM-spec alloy wheels are binned for a set of aftermarket alloy wheels. On the inside, however, things look largely stock. 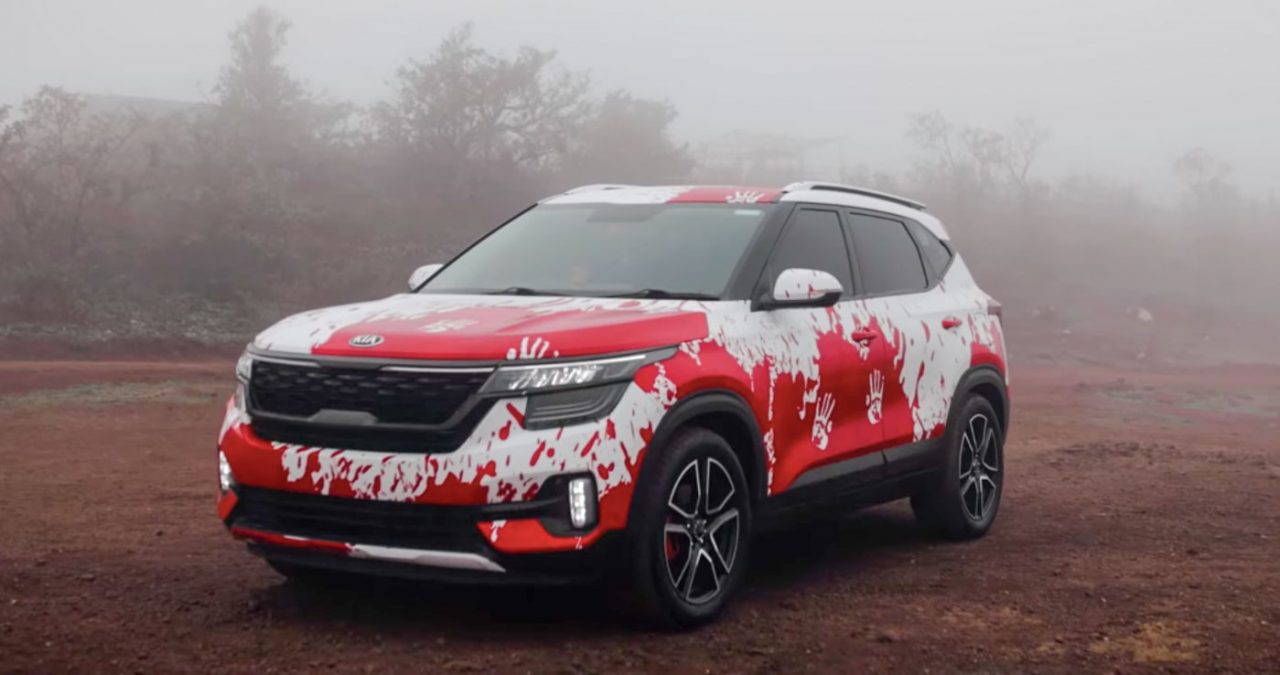 With prices starting from Rs. 9.95 lakh, the Seltos rivals the likes of MG Hector, Hyundai Creta, and Nissan Kicks in the Indian market. Moreover, a 7-seat version of the Seltos is likely to go on sale by the end of this year. It will compete with the Hyundai Alcazar and MG Hector Plus when launched.