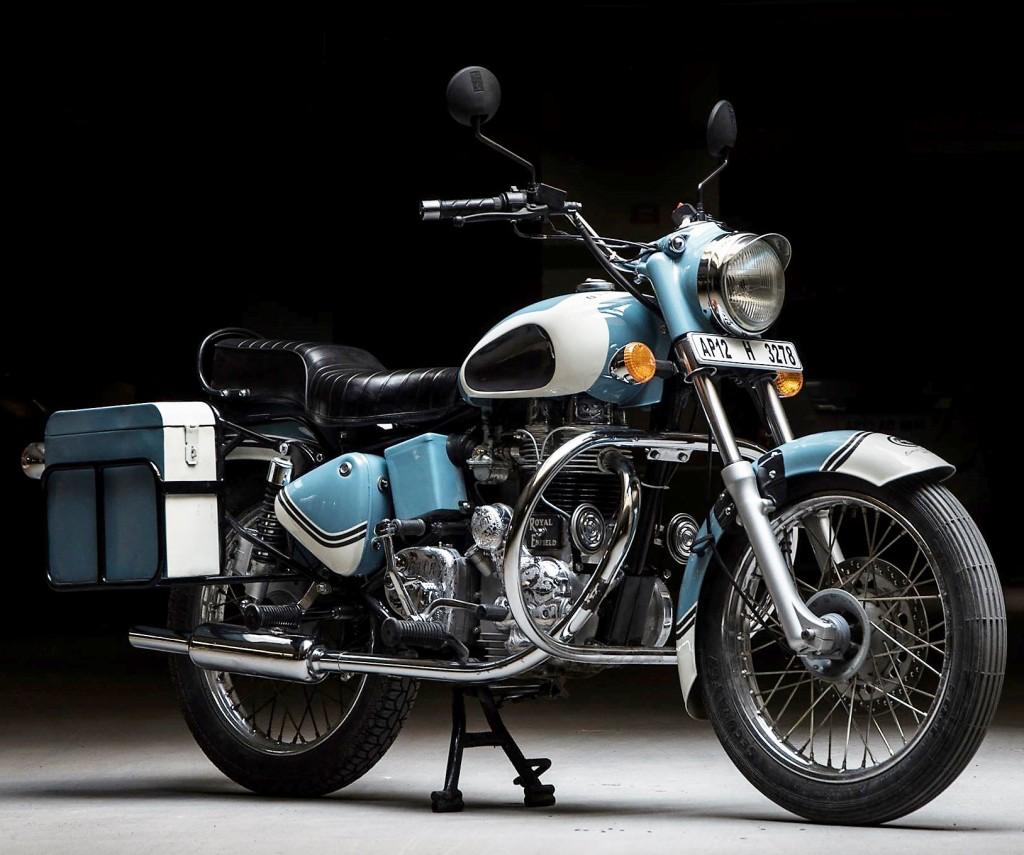 The custom RE Bullet 350 gets a hand made engravings on the clutch cover, gearbox cover that adds a rich feel to the cruiser

EIMOR Customs are known for their classy custom-built motorcycles and their eye for detail. This particular stock Bullet 350 from the early 1990s, is very close to EIMOR Customs because it is owned by their co-founder and creative director Mr. Saikat Basu. The ageing motorcycle needed attention and that is the only reason EIMOR customs have decided to work their magic on the motorcycle.

The Bullet 350 faced a lot of issues recently like faulty wiring, gearbox, suspension trouble and required immediate care. So EIMOR Customs decided to give it a complete makeover and update its damaged parts and accessories. To achieve what they have planned EIMOR customs not only restored some of its old vital component but also replaced some parts which were damaged. 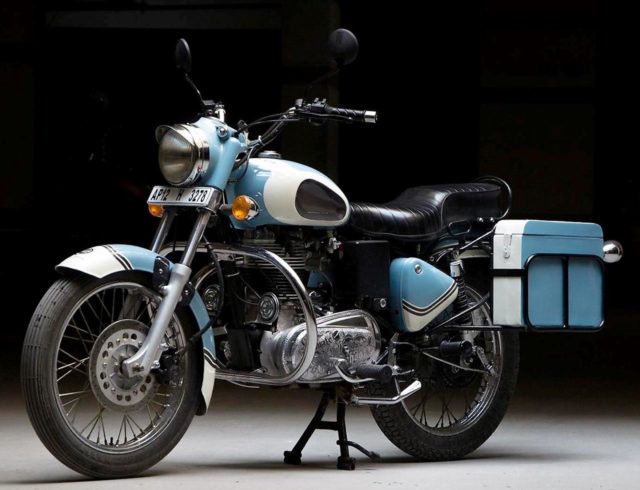 A brand new touring seat from Royal Enfield has also been installed to enhance the comfort of the rider while it also gets a new taillamp and side turn indicators. The custom bike also gets a hand made engravings on the clutch cover, gearbox cover, and at many other places that have helped in providing a rich feel to the motorcycle. 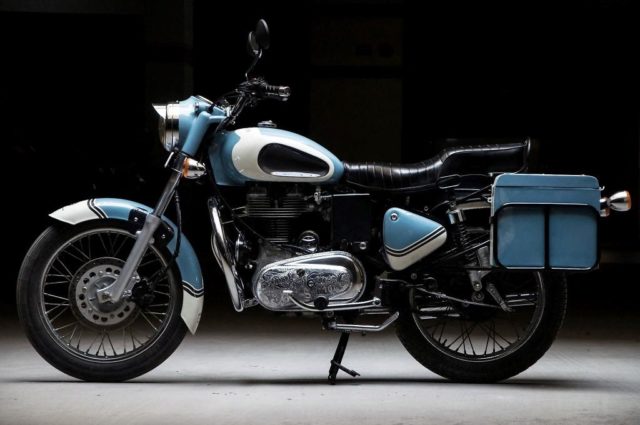 The motorcycle has also been repainted with bluish grey and off-white colour to add a retro look to it. To add some modern touches the custom Bullet 350 Graduate features a disc brake at the front that has contributed towards enhancing the braking power of the motorcycle while the rear profile still features the drum brakes as standard.

Additionally, the RE Bullet 350 also gets a hard saddlebag on the black finished pannier mounts. There is no doubt in the fact that the Graduate is one of the finest examples of a Custom RE Bullet 350 that we have in India at this moment.