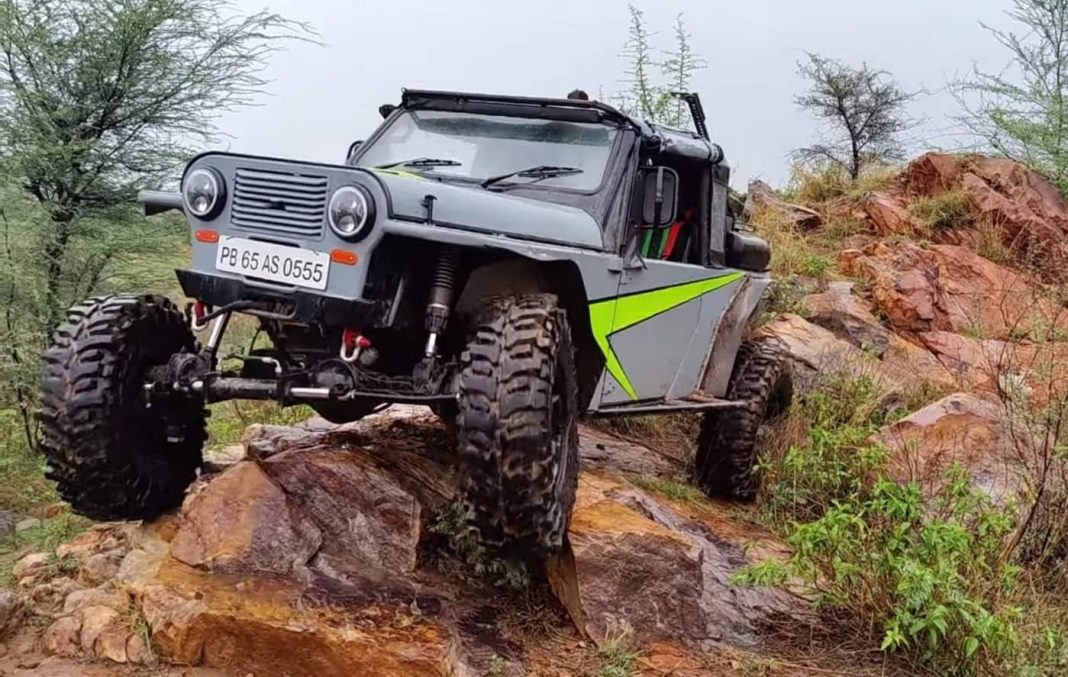 This here is a custom-built Mahindra Thar (old-gen), which features plenty of off-road mods and a sonorous V8 engine

Mahindra & Mahindra first launched the Thar back in 2010, and in 2020, the SUV underwent a generation change. Regardless of the generation, Mahindra Thar has great off-road capabilities, and thanks to strong aftermarket support (even for the new model), it is extremely customisable as well. However, there are a few custom-built models that are marvellously unique.

Here’s one such modified Thar, which has a V8 engine under the hood! The video below, posted by SHRI Vlogs, shows us the vehicle in action on an off-road trail, alongside a few other off-roaders. The technical specifications of this V8-powered Thar weren’t revealed, sadly, but the exhaust burble sounds lovely.

As for the appearance, this custom-built Thar looks like a cross between an SUV and a dune buggy. Noticeable details include huge off-road tyres, a high lift kit, and the lack of a front bumper (to improve the approach angle). The front grille is also new, and the SUV gets a pair of aftermarket LED headlamps.

The front windscreen has a steeper rake now, while the doors have been cut and made frameless. The SUV’s chassis has also been altered as well, and the wheelbase length has been reduced. The rear section has been chopped short, to improve the departure angle, and we also see custom rock sliders at the sides.

The vehicle gets a foldable soft-top roof, and there’s an auxiliary light bar mounted at the top of the windscreen. An aftermarket hood scoop has been added here, which looks quite cool. In the bed at the rear, we see a full-size spare wheel and a few hydraulic tanks, along with some off-road tools. 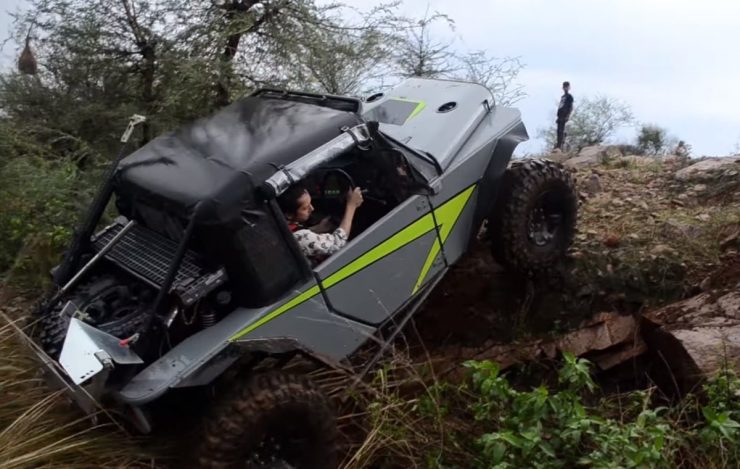 The cabin of this modified off-roader also features plenty of changes. It gets a multi-screen setup, along with a custom control panel in the centre console. It would’ve been great if some technical specs were provided too, but regardless, this is an extremely impressive custom-built Mahindra Thar. Thanks to all the modifications, this certainly isn’t a road legal model, but for off-road adventures and events, such a vehicle would work well.