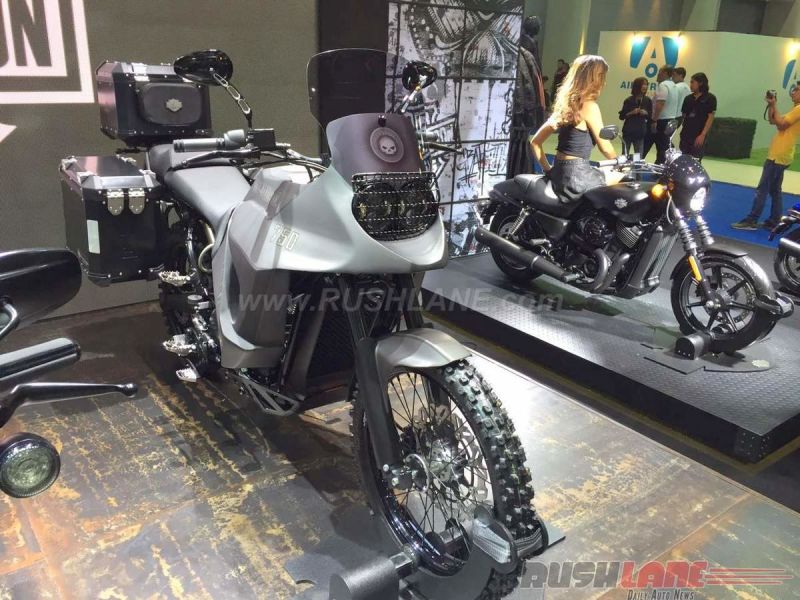 Harley Davidson has showcased an all new custom bike at the Bangkok Motor Show christened as Harley Davidson 750 Stealth, which is based on the Street 750. The custom built bike has been designed by Richy Wilson, who is the co owner and dealer principal of Harley Davidson dealership in Thailand.

Although it is based on the Street 750, but aesthetically it looks way much different. So, what does it get? It gets dual LED Daymaker headlamps, hand crafted aluminium swing arm, a completely redesigned hand crafted aluminium fuel tank with aluminum fenders. It also gets 3 large storage spaces and a custom dark coloured paint job on it. With one look, the bike looks very much aggressive indeed. The 21 inch front wheel sports Ohlins MotoCross forks and the 18 inch rear gets a monoshock. Both the wheels come adorning Dunlop motocross tyres. 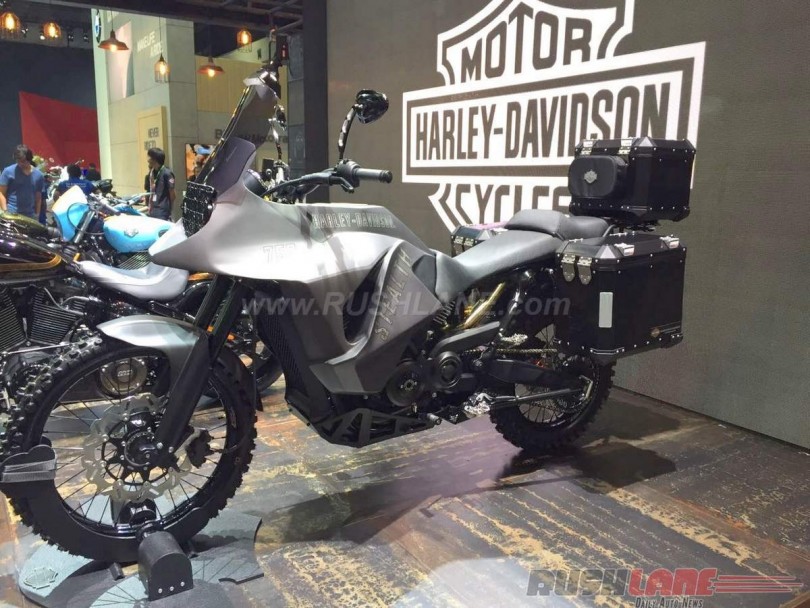 The rear gets dual exhausts. Power source for this bike is the same 750 cc liquid cooled V twin engine available in the standard Street 750. The wheelbase of 750 Stealth is also left untouched as it comes same like the Street 750. All the lightweight materials used to modify the bike keeps the centre of gravity low for the bike and allows easy handling in rough terrains, for which it is specially built. To be mentioned, the Harley Davidson Street 750 comes delivering 53 bhp peak power at 8000 rpm and 59 Nm of peak torque at 4000 rpm. The transmission duty is done by a 6 speed gearbox. It gets a ground clearance of 145 mm and the fuel tank capability is 13.10 litres. The Street 750 delivers a fuel economy of 17.42 kmpl. 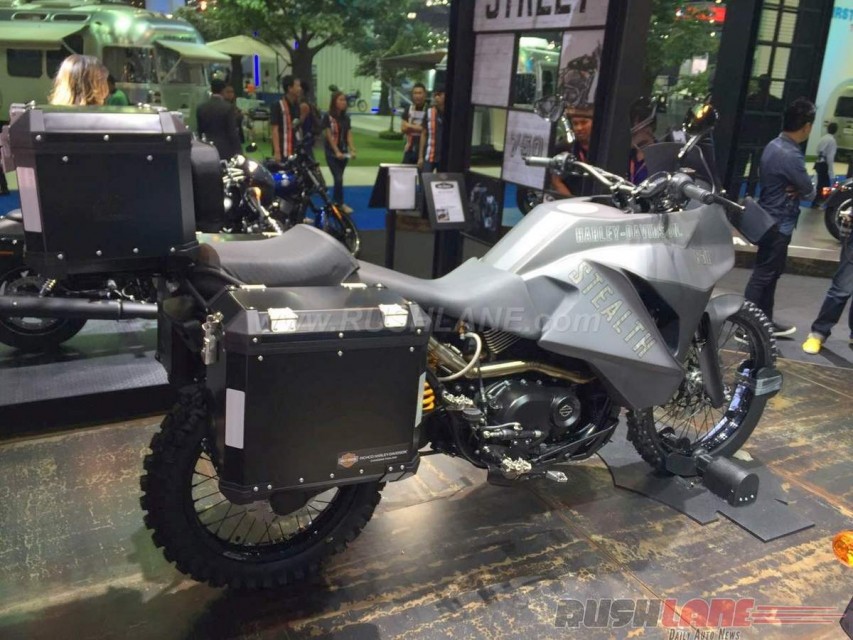 According to the designer Richy Wilson, Harley Davidson can be more than “Dad’s cruiser”s, and this bike has been designed to attract the new generation bikers across the world, who love the Harley Davidson badge.