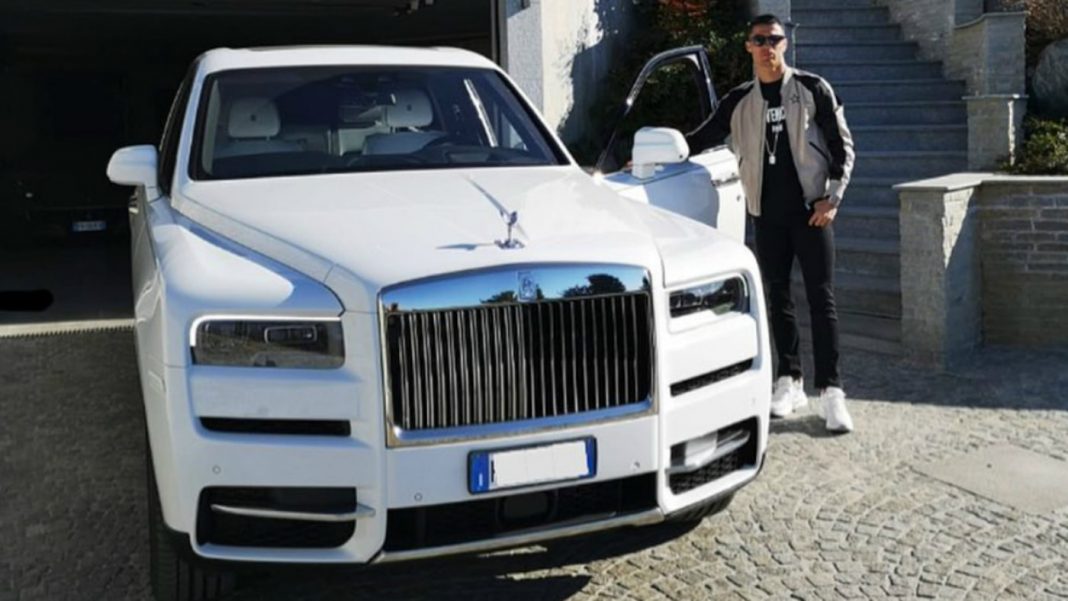 Check out our pick of the top 10 craziest vehicles owned by the most famous sportsperson of current times, Cristiano Ronaldo

Cristiano Ronaldo is perhaps the most celebrated athlete in the world right now. The Portuguese football star rose to fame in 2003 with his Manchester United debut. His sporting history has been quite remarkable, but we find his car collection even more so!

Ronaldo is a lover of fast cars, and he has owned a number of luxury vehicles, sportscars, supercars, and even hypercars, over the years. Here, we take a look at the top ten vehicles CR7 has had in his garage.

The most recent addition to Ronaldo’s garage is a Ferrari Monza SP2, allegedly. The football star reportedly himself went to Ferrari HQ to purchase one, in a special shade of red that is available to customers upon invitation only. 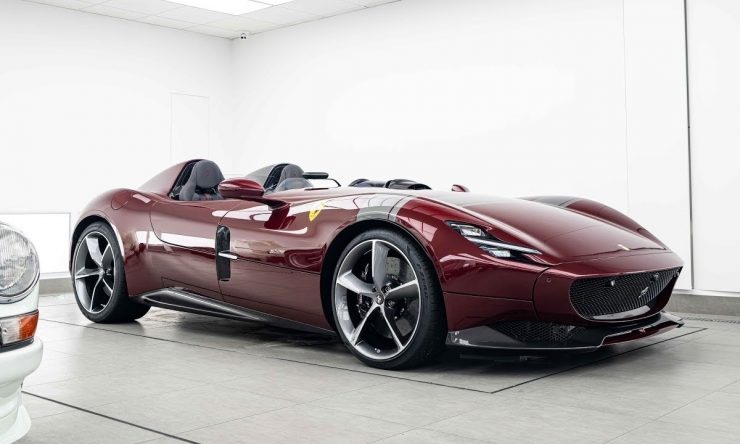 CR7 has a love for rare cars, so it isn’t a surprise to see a Ferrari F12 Tour De France on this list. Only 799 units of the vehicle were ever built, and the one in Ronaldo’s possession comes in a lovely shade of dark red, which is sure to grab eyeball wherever it goes. 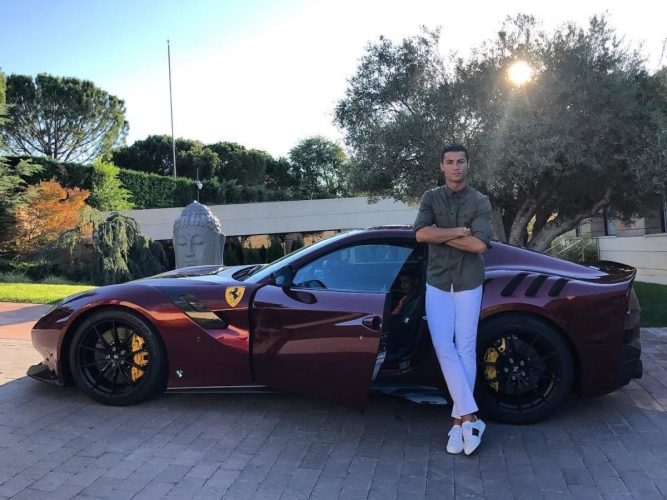 Bugatti Chiron is perhaps one of Cristiano Ronaldo’s most prized possessions, added to his collection in 2017. The one he has is a customised model, with the ‘CR7’ logo imprinted on the sides on the exterior and the headrests on the interior. 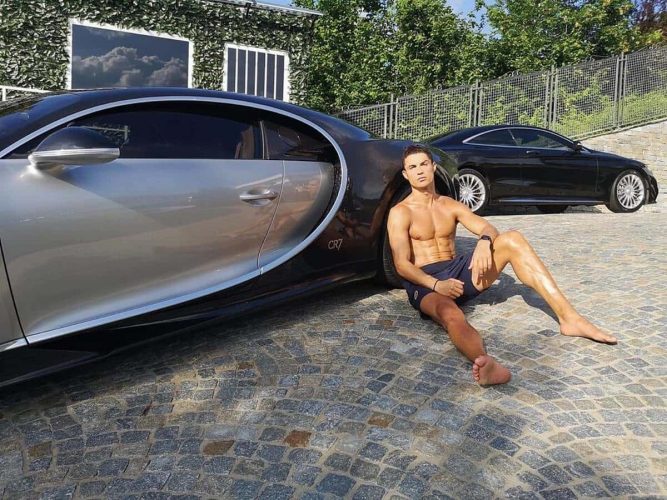 Powering the Chiron is an 8.0-litre quad-turbocharged W16 engine, which generates 1479 BHP and 1600 Nm of peak power and torque, respectively.

Ronaldo also owns a Bugatti Veyron, but not the same one against which he raced back in 2008! After winning the 2016 Champions Trophy league, he bought himself a Veyron Grand Sport Vitesse to celebrate the victory. 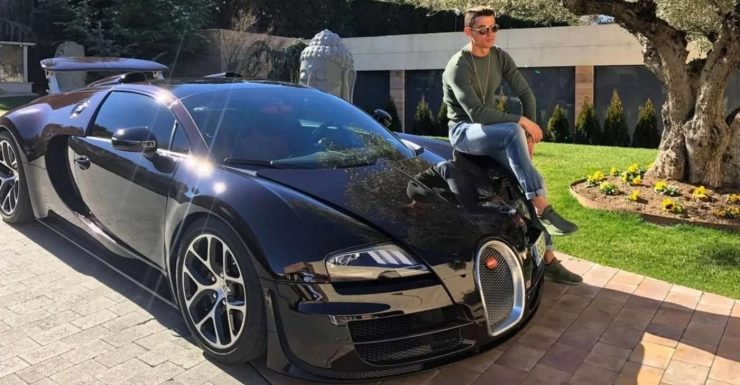 Bugatti Veyron Grand Sport Vitesse is powered by an 8.0-litre quad-turbo W16 engine that belts out 1001 BHP and 1250 Nm.

Built as a tribute to late F1 racer Arton Senna, McLaren Senna was a limited production hypercar with just 500 units built in total. Cristiano Ronaldo got hold of one in 2019. 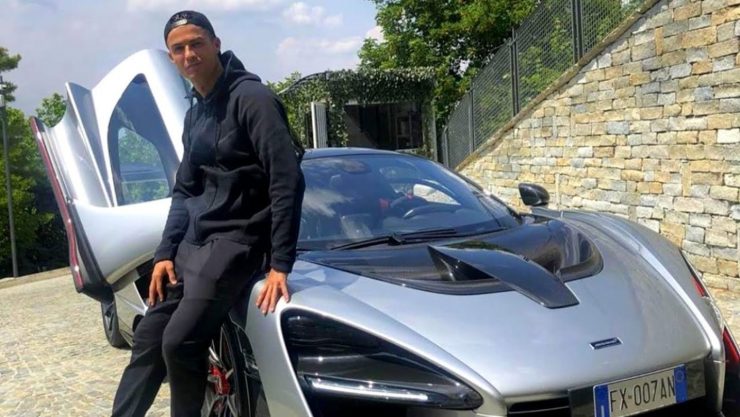 In 2020, Ronaldo received a Mercedes G-Class SUV as a gift for his 35th birthday, by girlfriend Georgina Rodriguez. It wasn’t a standard G-Wagen either, but a limited edition Brabus G V12. 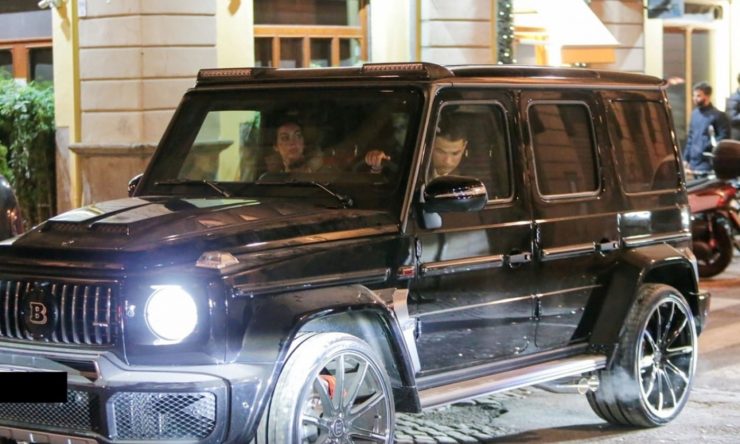 Of course, there is a Lambo in this list as well. Cristiano has been spotted several times driving around in a Lamborghini Aventador LP 700-4, a car known for its sexy design, along with massive power and performance. 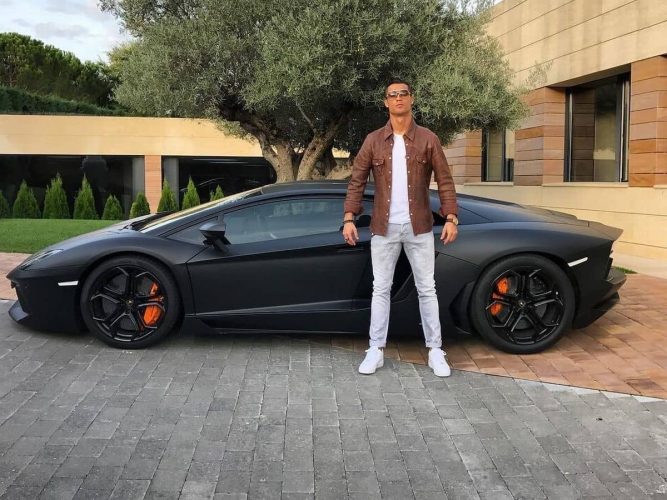 Back in 2008, during his days with Manchester United, Ronaldo had bought himself a Bentley Continental GT Speed. A brilliant combination of power and luxury, the car was driven around by the Portuguese footballer till 2016, after which it was put up for sale. 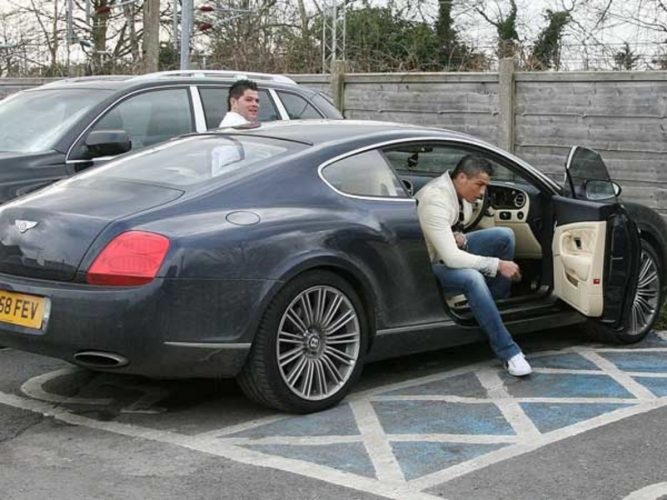 The Bentley GT Speed had a 6.0-litre twin-turbo W12 engine under the hood, which generated a peak power of 602 BHP and a maximum torque of 750 Nm.

Ronaldo also has a Maserati in his collection, that too one of the most brilliant ones. Maserati GranCabrio is a 4-seater convertible with oodles of luxury on offer, along with brilliant performance and a beautiful design. 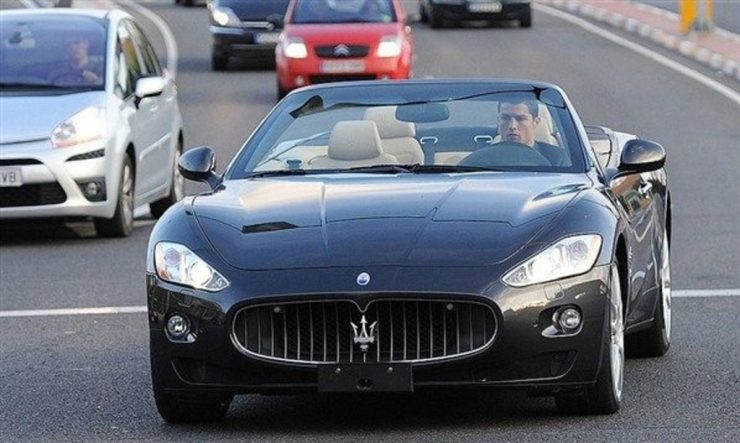 Rolls Royce Cullinan is the only SUV in the British luxury car brand’s lineup. In 2019, Ronaldo purchased one for himself, reportedly spending over $350,000, after his shift to Juventus in 2018. 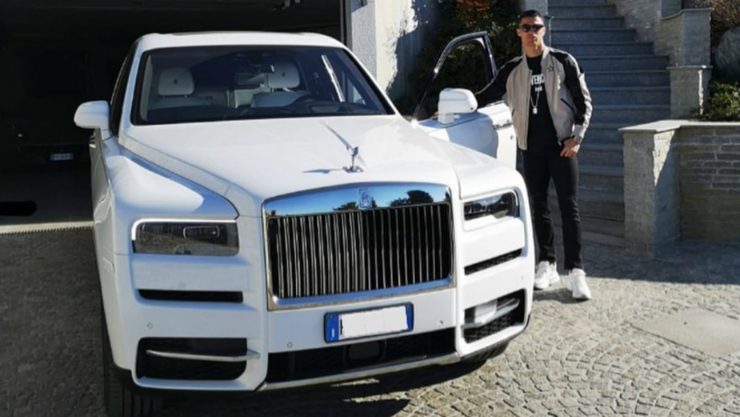 With a 6 ¾-litre twin-turbo V12 under the hood, the Cullinan is capable of belting out a peak power and torque output of 563 BHP and 850 Nm, respectively.