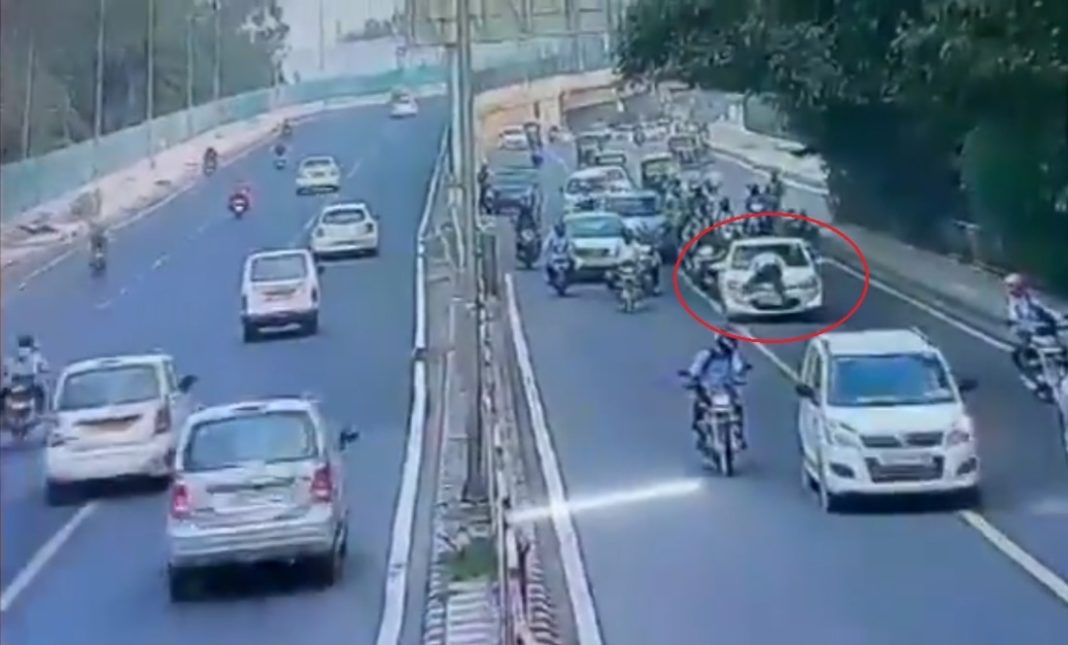 India is infamous for poor road manners, and the country records some of the highest road accidents in the world. In 2019, a total of 4,37,396 road accidents were reported all across India, with a death toll of 1,54,732 people (data by National Crime Records Bureau). Sadly, awareness about road safety is still lacking among citizens, and enforcing traffic laws isn’t easy.

In a recent incident in Dhaula Kuan, Delhi, a traffic offender almost ran over a cop trying to escape from the law. The fiasco was captured by a nearby CCTV camera. In the footage, we see that the car was stopped by cops, and was by the side of the road. Suddenly, the driver then tries to make a run for it, but one of the cops jumped on the car’s bonnet.

The driver tried to shake off the cop by zig-zagging his was through heavy traffic, but the cop held on for a few seconds. Eventually, the policeman grip on the car loosened and he fell on the road. The driver then sped away, barely missing the cop on the ground. According to reports, the driver was later captured.

The incident took place on 12th October 2020, and the cop involved was Constable Mahipal Singh, and the car had been stopped for a fancy numberplate. The perpetrator was identified as Shubham, a resident of Uttam Nagar. The police gave chase for nearly a kilometre before the offender was arrested. The charges against him involve obstructing, hurting, and wrongful driving.

It should be noted that number plates aren’t ornaments for decoration, rather they are tools for identification. Still, there are plenty who choose plates with illegible font, just for the aesthetic. Such illegalities invite fines, and some people go to ridiculous lengths to escape these challans. That the perp was ready to drive over and injure a cop is extremely troubling. 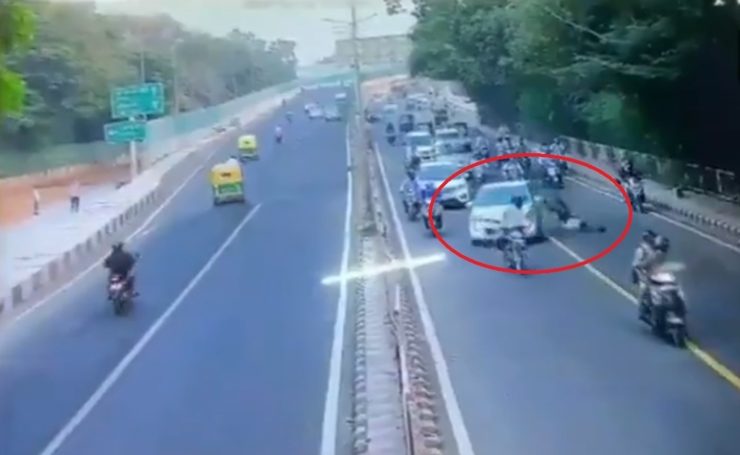 Daily, we see a lot of people openly defy traffic laws, ranging from neglected safety to rash driving. On public roads, negligence can cause injury (or even death) not only to one’s own self, but to other road users as well. We urge our readers to follow traffic laws and drive safely.