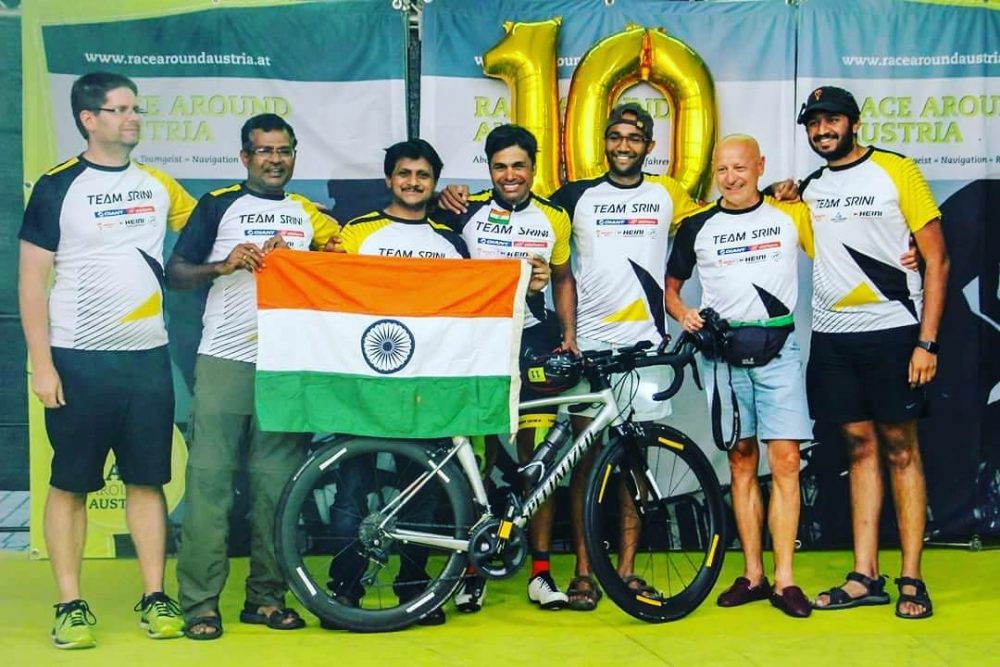 Ultra cyclist Col. Dr Srinivas Gokulnath has become the first Indian to participate in the Race Around Austria, one of the toughest cycling races across the world. The Race Around Austria started on August 13 in St. Georgen im Attergau, Austria. Among the longest RAAM (Race Across All The America) qualifiers, the Race Around Austria covers 2,200 kms and has more than 30,000 m (98,400 ft.) of climbing. To put things in perspective, this is three times the height of Mount Everest.

The Race Around Austria starts and completes at St. Georgen Im Attergau, northeast of Salzburg. Basically, the participant cyclists circumnavigate Austria as they pedal close to as many as eight countries – Germany, Czech Republic, Hungary, Slovakia, Slovenia, Italy, Switzerland and Liechtenstein.

An endurance race like this not only requires hours of training and commitment but also costs a lot of money. For the Race Around Austria, Col. Dr Srinivas had a dedicated support crew that comprised of 4 Indians and 1 Austrian – Sudhakar, Rutvik, Sirish, Keshav and Johann